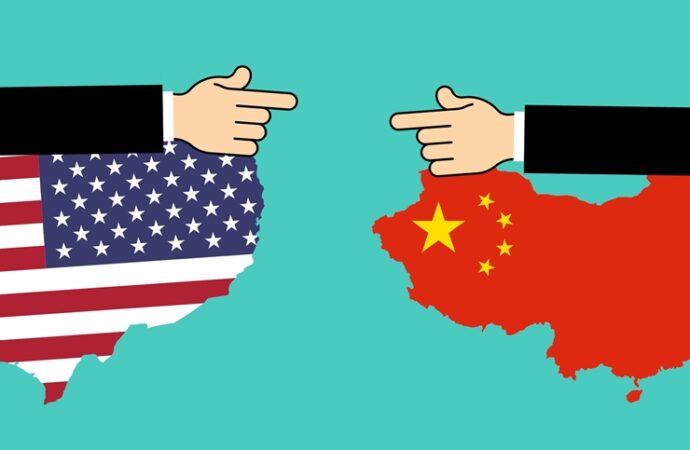 The U.S. government has opened a multi-front assault on the Chinese Communist Party’s infiltration of American institutions.

Chinese companies that don’t abide by American securities laws will be delisted from U.S. stock exchanges under an executive order signed by the president. Another order prohibits federal workers’ pension funds from being invested in Chinese-controlled companies. Yet another keeps a growing number of companies, American and foreign, from doing business with Huawei, the Chinese telecom-cum-cyberespionage giant.

These moves follow a series of speeches by top administration officials outlining the threat the CCP poses to our way of life.

Our government is pushing back, and there is no shortage of targets. The FBI has nearly 1,000 investigations in all of its 56 field offices involving China’s attempted theft of U.S. technology.

University campuses are a major front in the war.

The FBI arrested Charles Lieber, the chairman of Harvard’s Chemistry and Chemical Biology department, for accepting millions of dollars from the Wuhan virology lab and then lying about it.

A UCLA professor was convicted of taking CCP money to illegally send semiconductors with military applications to China.

A University of Kansas professor hid the fact he was working full-time for a Chinese university while he was conducting federally-funded research here.

One of the top researchers at the MD Anderson Cancer Center in Texas didn’t reveal he was also being paid $14 million by a cancer institute in China.

The Department of Education told the University of Texas to turn over details of its relationship with the Wuhan virology lab (yes, that one!) and other Chinese institutions. Washington has put all universities on notice to disclose donations they receive from CCP sources (which would include any company or individual from the People’s Republic). Under the Higher Education Act, colleges and universities are required to report contracts or gifts of $250,000 or more from foreign sources.

The University of Pennsylvania received $61 million in gifts and contracts from China between March 2017 and the end of 2019; over the previous four-year period, it took in just $19 million from Chinese donors, The Washington Free Beacon reports.

It happens that the university is home to the Penn Biden Center for Diplomacy and Global Engagement, a perch for members of Biden’s foreign policy cabinet-in-waiting.

Between 2011 and 2017, Chinese government, companies, and individuals – China sent nearly 370,000 students to the United States in the 2018-2019 academic year – gave more than $426 million to U.S. universities and colleges. According to government data, Harvard University was the top recipient, reporting over $57 million from Chinese entities – not counting the money the chair of the chemistry department took from the CCP.

All this money has warped our universities.

Given a choice between academic freedom and free inquiry or self-censorship and Beijing money, universities go for the gold. When the administration moved to cancel the visas of students with direct ties to universities affiliated with the People’s Liberation Army, professors warned darkly – without evidence – of “racism.” Who knew the PLA was a race?

China’s new national security law has exposed the reach of Beijing’s authoritarianism – and the spinelessness of America’s elite universities.

The law barring what the CCP calls sedition, subversion, terrorism, and colluding with foreign forces allows the Communist authorities to prosecute foreigners – even those outside of China and Hong Kong. Samuel Chu, a naturalized American citizen living in the United States, is on Beijing’s wanted list.

As a result of that law, American universities are now changing how and what they teach. Call it the “new normal.”

“At Princeton University, students in a Chinese politics class will now use code[names] instead of names on their work to protect their identities, protecting Chinese students and others from reprisals by Beijing,” The Wall Street Journal reports. Princeton was among the top U.S. research universities that received over $10 million from Huawei.

“At Amherst College, a professor is considering anonymous online chats so students can speak freely. And Harvard Business School may excuse students from discussing politically sensitive topics if they are worried about the risks,” the article notes.

Not a single university administrator would comment for the Wall Street Journal story.

The CCP leverages the money it gives universities to its advantage.

Universities, like other businesses, don’t want to bite the hand that feeds them. They tailor their curriculum and extra-curricular activities – such as speakers invited on campus – to avoid “sensitive topics” including Tibet, Hong Kong, and the CCP’s numerous other human rights abuses.

Chinese students – whose visas are all approved by the Beijing government – press university administrators not to allow other students to discuss topics they claim would “offend” their heritage, by which they really mean the CCP.

The payoff for Beijing from the money it sends universities is manifold.

Besides stealing research, the CCP is shaping public opinion and buying influence in academia and beyond. Professors perpetuate the myth among colleagues and university administrators that communist China is a friend and trustworthy partner.

They carry this dangerous fiction with them when they give “expert testimony” to Congress and policymakers.

You can blame it on the elevation of profit over principle, a globalist mindset that denigrates allegiance to nationality and the neo-Marxist ideology whose default setting is “blame America first.”

Whatever the cause, it spells trouble for the future of Western civilization.