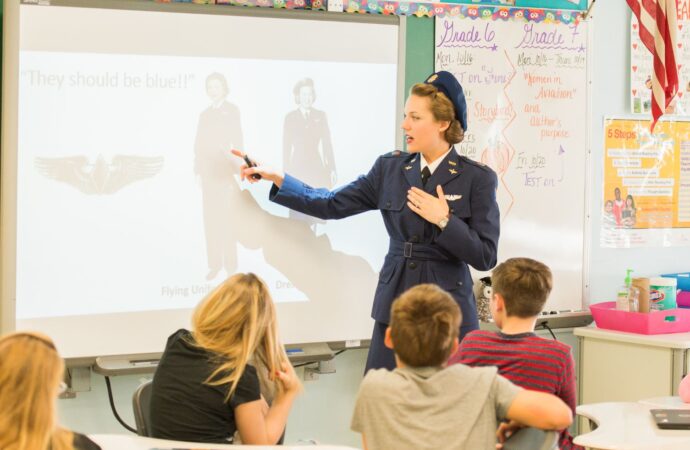 History’s time in the classroom has come and gone. At least, that seems to be the view of an Illinois state representative.

According to NBC, Rep. La Shawn Ford of Chicago claims that the citizens of Illinois have been subjected to “miseducation” in their history curriculum, and as such, he demands “immediate action by removing current history books and curriculum practices that unfairly communicate our history.” Ford’s press release quotes Meleika Gardner of the organization “We Will” saying, “It is urgent that [the miseducation of our children] comes to an end as we witness our current climate become more hostile. Miseducation has fed and continues to feed systemic racism for generations.”

There’s a good point here: miseducation does seem to be at the heart of the hostile environment we’re currently experiencing. But I would argue that removing history from the classroom is not the answer. Far from it. In fact, a more thorough knowledge of history may actually diminish the hostility and chaos surrounding us.

Thomas Jefferson makes this point in his Notes on the State of Virginia from 1784. Writing on the subject of education and the role of public schools in America, Jefferson encourages education of “the poor as [well as] the rich” for the well-being of the nation. Such education is necessary for maintaining a generation of thinkers, who will in turn keep the population safe by being “the ultimate… guardians of their own liberty.”

In his education plan, Jefferson holds history – particularly the history of Western Civilization – as one of the most important subjects we can teach children. He lists three reasons for this.

The study of history, as we all know, imparts knowledge of the past to current generations. The past has been scoffed at in recent years as the realm of old white men who have no sensitivity toward race, class, or gender. Yet such an excuse has no place in Jefferson’s reason for teaching history. As he sees it, a strong knowledge of the past creates good judgment for the future. Those who understand the problems of the past can recognize when those patterns play out in the present. In doing so, they can offer wise advice and choose paths other than those trod by their forebearers.

History, Jefferson claims, “will avail [students] of the experience of other times and other nations.” In other words, history promotes knowledge of diverse customs and cultures. In a world which idolizes diversity, how can we argue with that? One has to wonder if we actually hinder a diverse view of the world when we limit history, preferring instead to see everything through our own 21st century lens.

Like many founding fathers, Jefferson understood that human nature is flawed. A good system of government, therefore, was needed to keep the human nature of our leaders in check. A good knowledge of history is one of the ways to do this, for as Jefferson notes, history “will enable [students] to know ambition under every disguise it may assume; and knowing it, to defeat its views.”

Jefferson goes on to say:

Every government degenerates when trusted to the rulers of the people alone. The people themselves therefore are its only safe depositories. And to render even them safe their minds must be improved to a certain degree. This indeed is not all that is necessary, though it be essentially necessary.

Only 12 percent of American high school seniors are proficient in U.S. history. Perhaps this low proficiency explains why many young people seem unable to recognize the flawed nature of ideologies infiltrating society’s current thought patterns, or why they seem unable to exercise good judgment about current events. If they don’t know what came before their lifetimes, or the consequences resulting from those previous historical events, then how can we expect them to do anything except run with the crowd toward a multitude of evils? And if their minds cannot understand these things, then how can we expect them to elect or lead a government that is anything but degenerate?