The Bloodless Political Class and Its Lack of Empathy 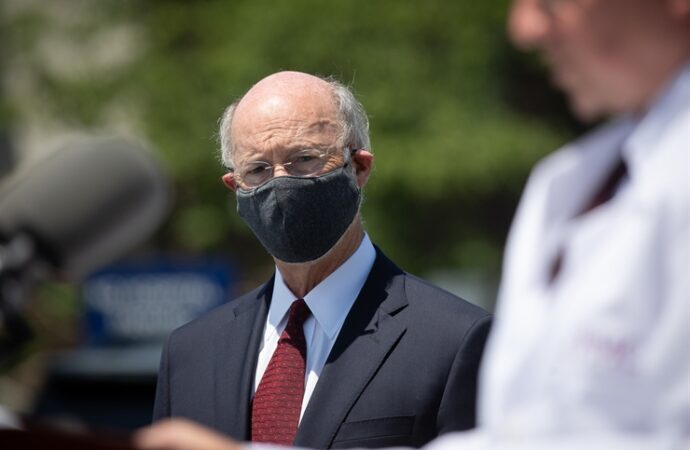 Why watch COVID press conferences and briefings by politicians? They are just upsetting. These people seem to have no clue about why the virus is ignoring them. They keep issuing strange and arbitrary rules that they make up, change by the day, all enforced by intimidation and compulsion. They posture in this silly way as if their edicts have this virus under control when they clearly do not.

Even worse, and what chills me to the bone, is the strange absence of normal human emotion in their public performances. With day-to-day human communication in the presence of uncertainty, there would be some admission of the possibility of being wrong, of mistakes made, of the difficulty of knowing, of the limits of information to make informed decisions, of the pain wrought through such disruptive governance.

You don’t see any of this in these governor’s announcements. Despite all evidence, they act as if they have got this under control. They don’t admit error. They don’t admit ignorance. They stare straight at the cameras and issue edicts, without even an apology for all the lives they have ruined and continue to ruin. They talk down to us. Condescension in every word.

You are welcome to watch a typical case here, but no need since you know exactly what I’m talking about.

We don’t talk this way to each other. Instead we share stories of how our lives have been affected. We share pain with each other, and frustration at how destabilized we feel, how we’ve been separated from family, how lockdowns have led us to dark places, how caged we feel. We worry about our finances, our loved ones, our very futures. We are astonished at how quickly and radically our freedoms have been taken away. And in sharing these stories with each other, we come to understand more and feel a bit of healing perhaps.

In short, we have empathy. The politicians on the other hand show none. They have glassy eyes that reflect cold blood. Even worse, they come across as bloodless, like generals who order troops around knowing with certainty that many people will die.

They rarely if ever talk about what they are doing in human terms. They talk about data, restrictions, trends in infections and hospitalizations, and death, but not as if any of this involves real humans or tradeoffs. They preen with certainly that is not really believable.

Adam Smith explained empathy as a feature of the human personality. “As we have no immediate experience of what other men feel,” he wrote, “we can form no idea of the manner in which they are affected, but by conceiving what we ourselves should feel like in the situation … By the imagination we place ourselves in his situation, we conceive ourselves enduring all the same torments … and become in some measure the same person with him.”

That’s what real life is like. But political life today seems to seek to banish that very human feeling. It’s as if they are playing a video game featuring all of us but we are mere figures on a screen programmed to do what they want. They have no obligation to understand us, much less worry about the pain they inflict, because, like figures on a gaming screen, we surely don’t feel pain at all.

And that is also how the media has come to talk of this calamity. Its numbers, charts, and trends, all highly alarmist and always with the same conclusion: the political class needs to impose more restrictions on us to make this virus go away. We sit helpless watching all of this unfold day after day, astonished that our rules could be so impervious to what has taken place before our eyes.

The emotional gap between the rulers and ruled has never been wider in modern times. It seems completely unsustainable. It’s like they aren’t even trying to connect with people.

Politicians are no great shakes in normal times but they seem worse than ever now, throwing out law, tradition, morality, and even the appearance of caring about how their lockdowns have destroyed so many lives.

The question is why. Here is my attempt at an answer. The lockdowns have all been based on an implausible claim that viruses can be controlled via coercion, same as people can be. But they cannot. And it is not surprising to find enormous evidence, accumulating by the day, that everything they have done has achieved nothing.

Below is a chart that compares COVID deaths per million around the world against Oxford University’s government stringency index. If lockdowns achieved anything you could expect there to be some predictive power here. The more you lock down, the more lives you save. The lockdown countries could at least claim to have bolstered the lives of their citizens. What you see instead is: nothing. There is no relationship. There is the virus. There are lockdowns. The two operate as seemingly independent variables.

The political class has started to intuit this. They suspect in their heart of hearts that they have done something horrendous. They worry that this realization is going to spread. Then they will be held accountable, maybe not right away but eventually. And this is rather terrifying to them. Thus are they spending their days trying to forestall this moment of truth in hopes that the mess they made will eventually go away and they escape blame.

Which is to say: they are lying. Then they lie more to cover their previous lies. If you are going to push such a line in the face of the mounting evidence showing them to be frauds, if you are going to lie with impunity to keep the game going, you will have to steel yourself against emotion and empathy. You become a sociopath. This might be enough to account for their bloodless posturing.

There is another factor too: the more pain you inflict on people, the worse of a person you become. Power is dangerous even when not used, but deploying it brutally and pointlessly rots the soul. This is a good description of almost the entire ruling class around the world today, save a few civilized countries that never locked down.