Does Fighting for Freedom Save Lives or Lose Them? 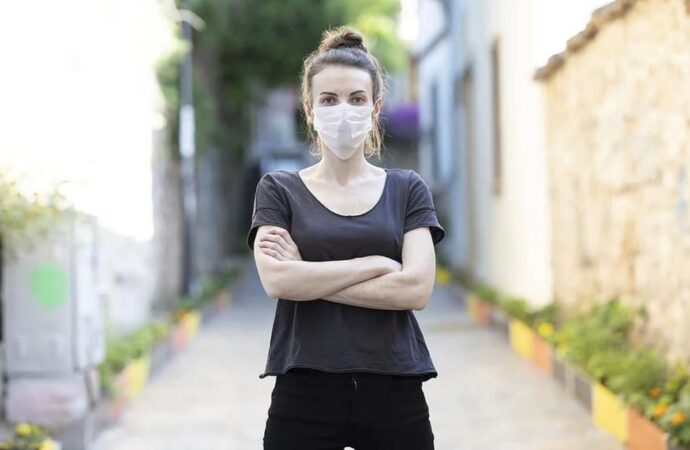 Over the weekend, while keeping one eye on the weeds in my garden and the other on the news, I noticed an interesting trend: the media is slowly backing away from its dire coronavirus predictions.

My first indication of this came via The New York Times. Reporter Katherine J. Wu, who holds a Ph.D in microbiology and immunobiology from Harvard, starts her piece by proclaiming the old line that coronavirus cases are rising in certain southern states, but then makes a major admission in her second paragraph: “the virus appears to be killing fewer of the people it infects.” She notes that while deaths measured at 3,000 per day in the spring months, “the number of daily deaths is now closer to 600.”

Of course, she notes, such good news may not be permanent, and she leaves readers with the cliffhanger of “the United States may be verging on another wave of deaths.”

I agree. No one knows what the future holds, but if one of the largest publications in the mainstream media is extending cautious optimism, I’ll take it.

A while later, I came across an article from another mainstream media publication proclaiming “Scolding Beachgoers Isn’t Helping.” “This is unusual,” I thought to myself, continuing to read The Atlantic article which suggests that the beach is actually one of the safest places for people to be – outdoors, social distancing, and enjoying the (albeit limited) human fellowship that many of us have been longing for – and that scolding those who take advantage of this is simply wrong. The author notes:

When we scold, people stop listening, especially when they figure out that the scolding isn’t evidence-based—and they eventually will. When authorities close parks and beaches without strong scientific evidence, socializing may well move out of sight to more dangerous settings indoors.

I can’t help but wonder if these two articles signal a change in direction. Is the mainstream media, like many of us watching the numbers and doing the math ourselves, beginning to see the same thing, namely that continuing to scare Americans into the need for continued lockdowns simply doesn’t add up any longer?

But does our care and concern for life require us to push concerns for our freedoms and liberties aside?

I’ve been thinking about this question a lot lately, and I’m beginning to think the answer is no, namely because a concern and a strong, respectful stand in favor of our liberties will eventually lead to a much lower loss of life.

Why? Consider the type of ideologies and governments to which losses of freedom eventually lead. Communism. Fascism. Anarchy.

“Communism, fascism, and anarchism,” Russell Kirk wrote in The Roots of American Order, are some of “the most powerful… ideologies.” Ideologies function as “inverted religion[s]” where people operate in “servitude to political dogmas.” Thus, “the simplistic appeal of ideological slogans continues to menace the more humane social orders of our time.”

It is “the higher kind of order,” Kirk notes, that “declares the dignity of man” and which is “sheltering freedom and justice.” Indeed, as Kirk later explains, “This attachment to certain enduring principles of order has done much to preserve America from the confused and violent change that plagues most modern nations.”

It seems that this “higher kind of order” is the type of society many of us have lived in and would love to see continue for generations to come – a society where freedom flourishes and citizens are preserved from violent chaos. Yet will such a society continue if freedom is not allowed to flourish? And if we suppress freedom, will we only be hurting the many lives we claim to hold dear by allowing repressive ideologies to rush in and fill the gap?