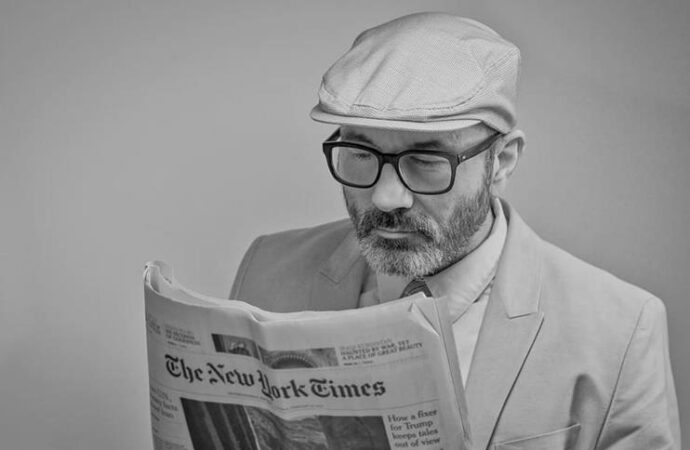 Cancel culture has claimed another scalp. Only this time, things are a little different.

Bari Weiss, an editor for The New York Times, has announced her resignation from the famed newspaper. Contrary to what usually happens in these situations, Weiss is not being forced out due to an ill-stated Tweet or a passing comment perceived to be racist. She’s going voluntarily.

In her voluntary exit, she’s speaking the truth about what is happening at The New York Times, something which is likely being repeated at publications across the country. Weiss, a self-proclaimed centrist, declares that the free exchange of ideas is no longer acceptable in the NYT’s offices. Her “forays into Wrongthink” have been met with opposition and bullying. This development is happening quickly, for Weiss argues that only two years ago editors could write pieces which would now get them “in serious trouble, if not fired.”

The reason for this, Weiss writes, is that “intellectual curiosity—let alone risk-taking—is now a liability at The Times.” Everyone must be in sync with the “new orthodoxy,” “liv[ing] in fear of the digital thunderdome” which can squash them like a bug if they dare to present an independent thought in their writing or even at a pitch meeting.

Such a state is tragic, Weiss implies, especially as she knows many working within The Times don’t believe in the new orthodoxy, but feel trapped and unable to speak out.

We’ve known this is happening. Yet hearing it from the inside – from a person who did not do anything to get forcibly “cancelled,” from someone who finds she can no longer endure the stifling environment of groupthink – brings another angle of this trend to light. In such an environment, truth has no chance to survive.

Richard Weaver posited the same idea in his work Ideas Have Consequences. He notes:

If the realization of truth is the product of a meeting of minds, we may be skeptical of the physical ability of the mechanism to propagate it as long as that propagation is limited to the printing and distribution of stories which give ‘one unvarying answer.’ And this circumstance brings up at once the question of the intention of the rulers of the press.

Weaver continues in an almost prophetic manner, perfectly framing the situation we find ourselves in:

There is much to indicate that modern publication wishes to minimize discussion. Despite many artful pretensions to the contrary, it does not want an exchange of views, save perhaps on academic matters. Instead, it encourages men to read in the hope that they will absorb. For one thing, there is the technique of display, with its implied evaluations. This does more of the average man’s thinking for him than he suspects. For another, there is the stereotyping of whole phrases. These are carefully chosen not to stimulate reflection but to evoke stock responses of approbation or disapprobation. Headlines and advertising teem with them, and we seem to approach a point at which failure to make the stock response is regarded as faintly treasonable, like refusal to salute the flag. Especially do the journals of mass circulation exploit the automatic response. So journalism becomes a monstrous discourse of Protagoras, which charms by hypnotizing and thwarts that participation without which one is not a thinking man. (Emphasis added.)

Given Weiss’ statement upon departing The New York Times, it appears that the few thinking individuals left in this world need to be more on guard than ever when consuming news sources. Will we be willing to absorb the one-sided opinions which news sources seem ready to give us, or will we be open to free discussion and an exchange of views which challenges our assumptions and causes us to grow?