Self-Flagellation Is Not the Right Response to White Privilege 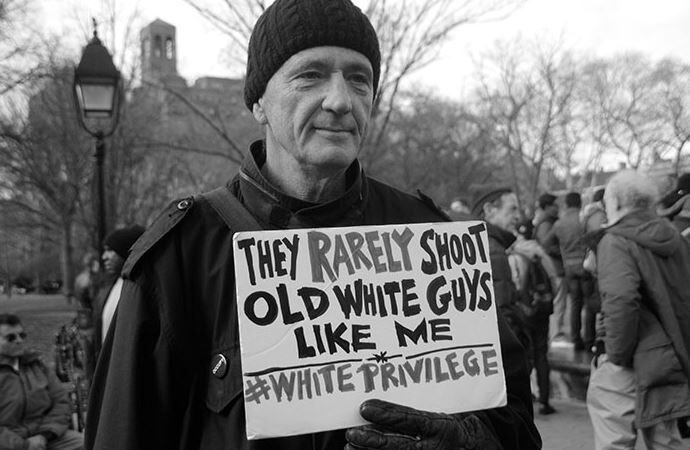 Alexis Ohanian, co-founder of the social media platform Reddit, was loudly acclaimed when he recently announced his decision to resign from the Reddit board. The resignation was not made because of a moral scandal, or a need to spend more time with his family. Instead, Ohanian made the choice because of the color of his skin:

“I have resigned as a member of the reddit board, I have urged them to fill my seat with a black candidate, and I will use future gains on my Reddit stock to serve the black community, chiefly to curb racial hate, and I’m starting with a pledge of $1M to Colin Kaepernick’s Know Your Rights Camp.”

This statement, which ran on Ohanian’s website, demonstrates the prevailing idea that white privilege is bad and that those born with less melanin in their skin must self-flagellate in order to rectify disparities.

Other social media platforms and their executives, including those at LinkedIn, have sought to come to terms with their own privilege in light of the Black Lives Matter movement. Yet an online townhall meeting held for LinkedIn’s employees for the purpose of privilege naval-gazing soon turned up some relevant problems with this approach. One anonymous commenter noted, “As a non-minority, all this talk makes me feel like I am supposed to feel guilty of my skin color. I feel like I should let someone less qualified fill my position. Is that ok?”

A fair question. Yet before we deal with that, it might be helpful to define what privilege is and why it’s viewed as a bad thing.

“The problem with privilege,” Anderson writes, “is that we rarely see our own. Because we only know our own experience we rarely recognize how much we have been given and how much those gifts have smoothed our way.”

Unfortunately, this is exactly the opposite response of many today, including Ohanian.

“How can that be?!” some might ask. “The man is giving up a position of great honor. Does that not show great humility and empathy?”

Not necessarily. In fact, allowing the privilege pendulum to swing in the opposite direction as Ohanian did – and as the LinkedIn employee felt was demanded of him – is also an example of great pride. Anderson explains in a pitch-perfect message for our times:

First, simply recognizing inequity does not guarantee that we are engaging our resources with humility. It’s entirely possible that the same pride that blinds us to our privilege can lead us to feeling guilty about it. We know that we don’t deserve more than another person, but we also know that we have more than another person. And so in an attempt to deal with this guilt, we can pursue a form of asceticism, all while keeping ourselves at the center of the conversation.

We may abdicate positions of power, give away extra material goods, and move into smaller homes. But if we do it out of guilt (and make sure to broadcast our sacrifices loudly enough), our experience of the world is still the driving force. (Emphasis added.)

In other words, those who try to distance themselves from privilege by virtue-signaling and denying themselves aren’t solving the problem. They’re only accentuating it by their false humility.

So where is the balance?

I believe that there are still a number of clear-headed, thoughtful people in this world who really aren’t racists. They see the problem with police brutality. They want justice for George Floyd and others who appear to be victims of said brutality. They want to show their love and support for those with a skin color different than their own. Yet in the current climate, it seems the only way they can do so is by giving up everything and prostrating themselves on the ground before their accusers.

We will continue to muddle through this mess of privilege in the coming months. As we do, perhaps it’s time we remembered that the best way to deal with privilege is humility, and that true humility does not include virtue-signaling and making guilt-ridden sacrifices. As Anderson implies, true humility looks around and simply expresses a gratefulness for every gift given, and then seeks to share those gifts with others.

May we seek to do the same.