It’s Time to Raze the Colosseum 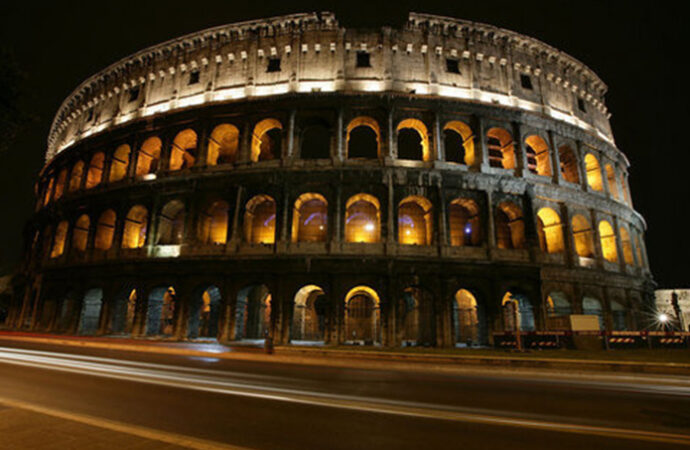 A number of statues have recently been destroyed or vandalized to protest racism and slavery. I thought that it might be good to think big and work towards eliminating the biggest monument of all, the Colosseum. I’ve created a petition at change.org. If you agree, please sign it. Below is the text.

Tearing down statues of Christopher Columbus, the architect of Native American genocide, throwing statues of British slave merchants into a river, defacing statues of Captain Cook, and renaming military bases named after racist Confederates all constitute a good start toward reimagining a just society.

But only a start.

An eminent historian puts the case for monument repurposing: “Every statue and street and building must be renamed … And that process is continuing day by day and minute by minute. History has stopped. Nothing exists except an endless present in which we are always right.”

But repudiating the West’s shameful legacy of oppression will always reek of insincerity until we eliminate ALL of its grotesque memorials constructed by men (all men, be it noted) whose careers were built on genocide, slavery and probably transphobia as well.

Chief among these is Rome’s Colosseum. With 5 million visitors every year, it is one of the world’s best-known glorifications of slavery.

Construction began under the emperor Vespasian in AD 72 and was completed in AD 80 under his successor and heir, Titus. It could be argued that Vespasian and Titus rivaled Hitler as anti-Semites. According to contemporary sources 1.1 million Jews were murdered in an anticipation of the Holocaust and Jerusalem was razed to the ground.

The Roman army enslaved some 60,000 Jewish freedom fighters and used them as construction workers for Vespasian’s wholly unnecessary vanity project, the Colosseum. All of them died.

That was just the beginning of the Colosseum’s squalid role in Roman genocide and slavery. An estimated 400,000 enslaved gladiators died to entertain the emperors over 390 years – plus 1 million animals, confirming that abusing humans inevitably leads to animal abuse as well.

Every visitor to the Colosseum is complicit in its dark history. Every year that it continues to exist, it normalizes the horror of genocide and slavery.

We call upon the United Nations, UNESCO and the Italian Government to raze the Colosseum to the ground, use its materials to make low-cost housing and replace it with a rewilded green space. Nothing less can be accepted as a way of making reparation for its grisly history. This will be a gigantic step forward toward reimagining a society free from systemic lack of goodness.

I’ve created a petition at change.org. If you agree, please sign it.