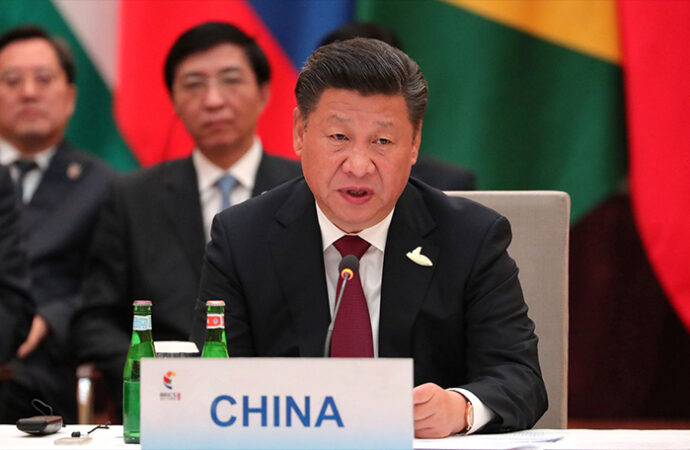 President Trump repeatedly has called on companies to move their factories out of Communist China.

He imposed tariffs after determining the Chinese government was illegally subsidizing the production of those goods.

Companies responded by asking the president to lift the tariffs, parroting the Chinese Communist party line.

Then the coronavirus came along and exposed the folly of relying on a corrupt totalitarian regime as a sole source supplier.

Now, the Trump Administration is “turbocharging” efforts to remove global supply chains from China, Reuters reports, as the president considers new tariffs to make Beijing pay for the pandemic it caused through incompetence if not outright malice.

But some in this country still oppose a divorce from Beijing. They say we must collaborate and cooperate with the Communist regime going forward. What they call collaboration and cooperation used to be called appeasement.

These collaborators, if you will, fall roughly into four categories:

The Vested: These cannot be trusted. They have a vested interest in continuing the status quo. Their power, prestige and fortunes derive from commerce with China.

In this category you will find the owners of our major media companies: Disney, the parent of ABC News, owns a theme park and distributes films in the People’s Republic. Ditto NBC (Universal Studios and theme park), CBS (Paramount Studios), and CNN (Warner Brothers theme park and studios). Like the NBA, they dare not offend Xi Jingping who holds the purse strings. Fellow travelers include Wall Street bankers who earn billions from Chinese investments, consultants such as McKinsey & Co, and the import lobby, which includes everyone from Walmart to the Footwear and Apparel Association. They have all grown fat in Red China. Commerce has weakened their spirit of patriotism.

The Weak: These cannot see the danger. They are comfortable in their ivory towers and are slaves to fear. The more they have to lose the less willing they are to venture on a new path.

The Prejudiced: They will not see the danger. Their minds are made up – their hatred of Donald Trump blinds them to reality. When the president calls out the Chinese Communist Party, they reflexively take Beijing’s side. They may not believe in the gender binary, but in all things Trump their thinking is binary: if Trump is for it, they’re against it and vice versa. In this camp count journalists such as those who claim the president’s criticism of the CCP is an effort to deflect criticism of his own actions.

The “Moderates”: These are the so-called “reasonable” men and women who think better of China’s government than it deserves.

This last group is the most dangerous. They have done and will do more damage to our country and the cause of national economic independence than all of the other three.

From their sinecures in academia, media, think tanks, and government, they counsel collaboration with China’s dictators and pray that we may be friends again. They dispense their moderate prescriptions on the pages of foreign policy journals and smooth their moderate balms on policymakers and pundits.

They live far from the scenes of sorrow scarring our land. They do not see the vast tracts of our country laid to waste by the economic warfare China has been waging. They are strangers to the once-prosperous cities and towns reduced to ruin and bereft of hope.

Being of a passive nature, they believe China’s ruling party is not that different from our own, that it plays by the same rules and has the same goals. They could not be more wrong.

But the pandemic has made it clear to a large and growing majority of Americans that Communist China does not have our best interest at heart.

Despite what the moderate men say, these hard Americans know it’s time to cut our dependence on that foreign tyranny.

There are a few who are hesitant to call for a course correction because no plan has been laid out. They don’t see a way out of our present condition.

Let us offer a few hints as to how we can affect the change we need in a way that will cause the least pain. Others may add their own suggestions and the wisest and most capable may gather these scraps together and craft a definite plan of action:

First, we need to identify sectors where we face potential shortfalls in supply. Experts in health care, defense, telecommunications, and other industries can catalog the goods we currently produce ourselves, what can be sourced from allies, and what is only available from China.

Second, we need to give entrepreneurs and businesses incentives to move their supply chains away from China.

Making the current tariffs permanent would give businesses the signal that there is no going back to the status quo ante – build plants outside the People’s Republic. Similarly, additional tariffs would have the effect of making China a less attractive place to do business.

Japan is offering its companies cash to relocate from China. That’s one idea. Another is offering a 100 percent immediate tax write-off for capital expenditures in the United States.

An executive order currently under review leverages the purchasing power of the federal government. The order would require all drugs purchased by the Departments of Defense, Veterans Affairs and Health and Human Services to be made in America, providing a guaranteed market for domestic manufacturers.

“Buy American” was the rule for the federal government going back to the 1930s. It provided the start-up funding that nurtured aerospace and other industries. But decades of waivers and free trade agreements gave foreign suppliers equal access to federal procurement dollars and starved American businesses.

Streamlining the regulatory process to fast track approvals would provide another incentive for bringing advanced manufacturing to the United States.

In addition to tax breaks and a market, the federal government can provide financing for companies to locate in the United States. Right now, finance is controlled by a few money center banks. If they hold to their past practice of favoring investment in China or other low-cost countries rather than the United States, the government can step in and provide financing to upstart competitors to invest here. We’ve done it before and we can do it again.

Finally, and most important, we must unify.

We must bring Left and Right together so we stand as one country as the Chinese Communist Party and its agents try to sow political division. Let us put our differences and suspicions aside and unite as citizens and neighbors in this land.

This means helping those who are going to be hurt the most so no one bears too heavy a burden in what will be a long fight. Hire American, as well as Buy American, should be the watchwords as we build a new independent American economy.

Those who say we can’t be independent of Communist China are wrong.

Just as we declared independence from the British Empire 244 years ago we can restore our independence today.

We must act now, when the cost of the status quo is clearer than ever, and ignore the calls for collaboration and cooperation, the familiar refrain of the globalists habitually opposed to national sovereignty.

Our wish is health and prosperity for our people and the people of China. We seek to dissolve a bond that has impoverished our people and empowered a tyranny over hers.

We have it in our power to begin the world over again.