American Prayer in the Midst of Crises 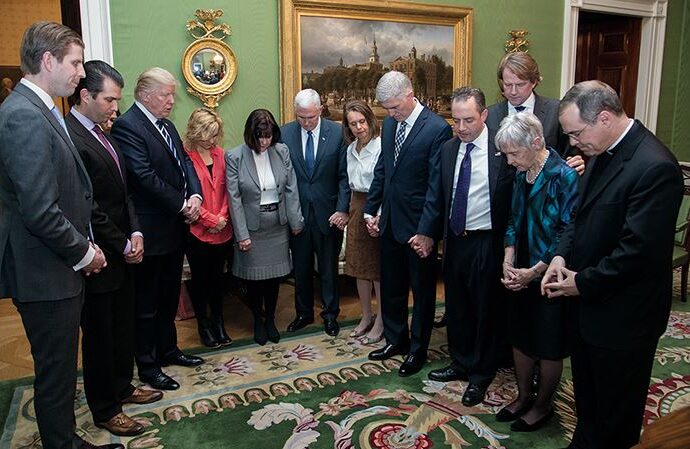 Several weeks ago, New York Governor Andrew Cuomo gave a press conference on – what else? – the coronavirus.

The press conference was, like many these days, a discussion of numbers and the problems of reopening the economy, but one statement was a bit startling. Discussing the hopeful sign of plateauing numbers, Cuomo expressed caution rather than enthusiasm. Then he made the following blunt announcement:

With a statement like that, it seems as though Cuomo may identify with the increasingly large group of religious “nones” in America. Although his statement fits the increasing secularization of our society, it is also a departure from the traditional posture of American leaders in times of trouble. President Donald Trump’s proclamation on the 2020 National Day of Prayer recounts this history:

“From our earliest days, our dependence upon God has brought us to seek His divine counsel and unfailing wisdom. Our leaders have often encouraged their fellow citizens to seek wisdom from God and have recognized God’s power to lead our Nation ahead to brighter days. When the prospects for our independence seemed bleak, General George Washington proclaimed a national day of ‘fasting, humiliation and prayer, humbly to supplicate the mercy of Almighty God.’ Following the devastating destruction of the Civil War, President Lincoln delivered his second inaugural address and invoked the power of prayer to ‘bind up the nation’s wounds.’ And more than 100 years later, President Reagan noted our long reliance on prayer throughout our history, writing that ‘through the storms of revolution, Civil War, and the great world wars as well as during times of disillusionment and disarray, the Nation has turned to God in prayer for deliverance.’”

The current crisis has a way of making people think. As such, many may be willing to try Trump’s recommendation and engage in the long-held American tradition of beseeching God for his favor, mercy, and forgiveness. But what if we, like Cuomo and the many religious “nones,” are unfamiliar with prayer and don’t know where to start? We can gain some valuable insights by examining history for how those in the founding era approached prayer.

In his 1774 sermon, “Scriptural Instructions to Civil Rulers,” Yale graduate Samuel Sherwood encouraged his audience to “be deeply affected with the present critical and alarming situation of our public affairs.” Given our current state, I’d say we have the first step down already.

The second step, Sherwood explains, is to “unite in fervent prayers to that God who is higher than the kings of the earth.” In other words, we must acknowledge that God is above all and is all-powerful to save us.

Following this step, Sherwood encourages us to seek God’s favor and “graciously interpose for our relief.” Asking for God to “avert the impending storms of vengeance,” to “favour us with peace and tranquility,” and to allow us to enjoy “all our valuable liberties and privileges” are all components of begging his favor.

Finally, we are to pray for our rulers. Requests for their integrity and skillfulness in leading us are two of Sherwood’s suggestions.

In addition to these suggestions for prayer, Sherwood offers a few other practical steps to follow:

“And let us be at peace among ourselves. It is at all times contrary to the temper and spirit of the gospel; but especially unsuitable and improper in such a day as this, to be widening differences, laying unreasonable stress upon disputable points, and to set on foot controversies that tend to alienate people’s love and affection from each other, and to increase a party separating spirit, to sow the seeds of discord, and foment animosities. It rather becomes us to fix our attention upon the common cause, the public good and general interest of the land.”

Wise words for us to consider on this National Day of Prayer. In a world that is increasingly rejecting God, will we have the guts to stand up and seek his favor, blessings, and wisdom in order that he might help us make it through our present crisis?