C.S. Lewis on Avoiding the Prayers the Devil Likes 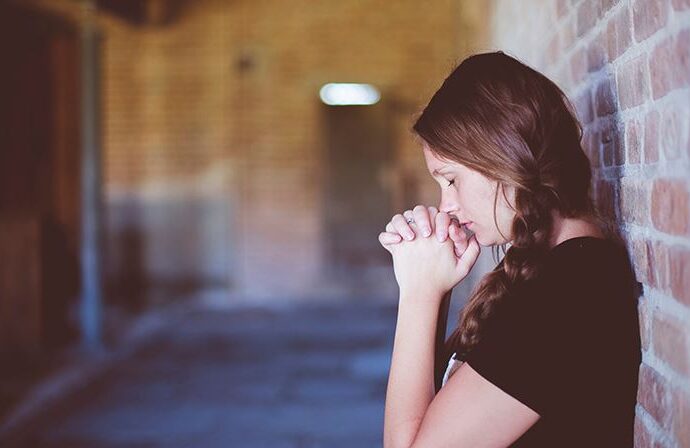 Holy Week 2019 started like no other with the horrific burning of Notre Dame Cathedral. Holy Week 2020 will be a bit less sensational than its predecessor, but nonetheless, different from anything we’ve ever seen.

“We may be apart… but we can use this time to turn to reflection and prayer and our own personal relationship with God. I would ask that all Americans pray for the heroic doctors and nurses, for the truck drivers and grocery store workers, and for everyone fighting this battle. … Most of all, I would like to ask for your prayers for the families who have lost loved ones. Ask God to comfort them in their hour of grief, a great hour of grief for our nation, for the world.”

Presidential pleas for prayers are not unprecedented, but they are more novel in an age where science reigns supreme. Trump, however, is not the only one bucking the supposedly rational scientific disdain for prayer. According to a recent report from the Pew Research Center, a majority of Americans are praying for an end to the virus.

Given that many seem to believe that prayer is the best resource we have to ending this crisis, perhaps we should ensure we are praying in the most effective way, or at least that we avoid ineffective approaches to prayer.

According to Screwtape, demons should encourage humans “to aim at something entirely spontaneous, inward, informal, and unregularised.” Convincing humans that the humble posture of kneeling is unnecessary is key, Screwtape says:

“At the very least, they can be persuaded that the bodily position makes no difference to their prayers; for they constantly forget, what you must always remember, that they are animals and that whatever their bodies do affects their souls.”

The second tactic the Devil uses to keep us away from true prayer is ensuring we focus on ourselves rather than on God. This happens when we try to conjure up the right feelings in communing with the Lord. Screwtape explains:

“When they meant to ask Him for charity, let them, instead, start trying to manufacture charitable feelings for themselves and not notice that this is what they are doing. When they meant to pray for courage, let them really be trying to feel brave. When they say they are praying for forgiveness, let them be trying to feel forgiven. Teach them to estimate the value of each prayer by their success in producing the desired feeling….”

Screwtape suggests that one of the best ways to divert true prayer is to promote false imagery in the minds of the faithful:

“There will be images derived from pictures of the Enemy as He appeared during the discreditable episode known as the Incarnation: there will be vaguer – perhaps quite savage and puerile – images associated with the other two Persons. There will even be some of his own reverence (and of bodily sensations accompanying it) objectified and attributed to the object revered. I have known cases where what the patient called his ‘God’ was actually located – up and to the left at the corner of the bedroom ceiling, or inside his own head, or in a crucifix on the wall. But whatever the nature of the composite object, you must keep him praying to it ­– to the thing that he has made, not to the Person who has made him.”

Getting the faithful to focus on the images their own frail minds conjure up rather than the almighty character of God himself, Screwtape explains, diverts attention from “what thou knowest thyself to be” onto “what I think thou art.” This positioning prevents the “real nakedness of the soul in prayer” which actually does accomplish great things in the spiritual and physical realms.

As Trump implied, our nation is in a great crisis and in need of prayer. As more of us take to our knees, let’s be careful to avoid the pitfalls of prayer. A humble attitude which admits both our complete incompetence and God’s omnipotence is just the kind of prayer that will send Screwtape, his accomplices, and their evil devices packing.