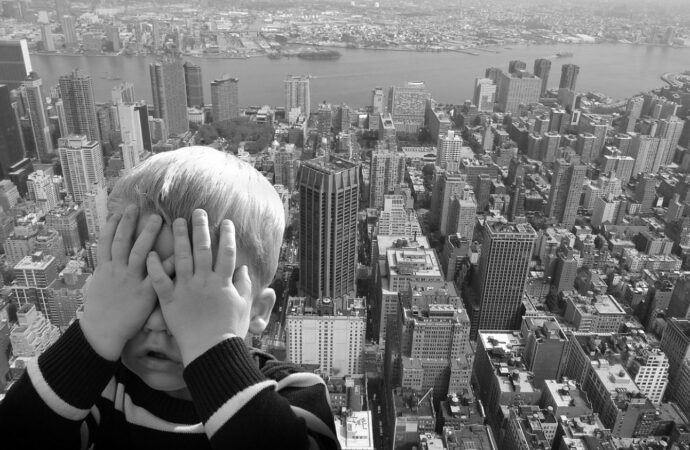 Recently a friend asked me, “What’s it like over there?”

It’s when one looks away from the peaceful window scene and begins looking at headlines that the sky seems to be falling. Whether it’s the threat of viruses, the implosion of the stock market, a potential job loss, or even the next election, fear creeps in quickly.

How do we handle that fear? Do we dismiss it entirely and become flippant in our response to life’s challenges? Do we yield to it, hunkering down and putting the Y2K preppers of yore to shame?

It’s a delicate balancing act, particularly when we are facing the unknown. Yet we are not the first to wrestle with the reality of fear, nor will we be the last.

Take Dietrich Bonhoeffer. A German theologian and pastor in the 1930s, Bonhoeffer became famous for resisting the Nazi regime and for his role in an attempted assassination of Hitler, actions for which he paid the ultimate price.

The winds of change were beginning to roar in early 1933. Hitler’s rise to German Chancellor, the burning of the Reichstag, and the rise of the Third Reich were fast approaching. Bonhoeffer likely sensed the fear these changes caused and sought to comfort his congregation, describing the warning signs and dangers that fear brings:

Fear gnaws away at the inmost being of a person. “It hollows out their insides, until their resistance and strength are spent and they suddenly break down,” Bonhoeffer explained. It also destroys their connections to God and others that are vital in the face of need and danger.

When a person is in the grip of fear, “fear leers” at that person, blasting him with mocking words:

Here we are all by our­selves, you and I, now I’m showing you my true face. And anyone who has seen naked fear revealed, who has been its victim in terrifying loneliness— fear of an important decision; fear of a heavy stroke of fate, losing one’s job, an illness; fear of a vice that one can no longer resist, to which one is enslaved; fear of disgrace; fear of another person; fear of dying—that per­son knows that fear is only one of the faces of evil itself, one form by which the world, at enmity with God, grasps for someone.

“Fear takes away a person’s humanity,” Bonhoeffer explains, distorting him and taking away his dignity. “This is not what the creature made by God looks like—this per­son belongs to the devil, this enslaved, broken-down, sick creature.”

A sign that fear has made us its slave is that we give up and “don’t even want to find a way out.” Those who have been “conquered” by fear can “become dull and insensitive… brooding gloomily and doggedly along, but too apathetic to take their own lives.” On the other end of the spectrum, those consumed by fear “are noisy,” and let everyone know about it “in the form of crying and complaining.”

Still others, on the other hand, think they can drive out their fear with fine words and bold fantasies, and if they shout these words loudly enough it may seem to take care of things for awhile. … That is why we become apathetic, why we complain, why we intoxicate ourselves with this and that.

When we see these symptoms of fear cropping up in our lives, what can we do? Bonhoeffer had an answer for that as well:

[T]he human being doesn’t have to be afraid; we should not be afraid! That is what makes humans different from all other creatures. In the midst of every situation where there is no way out, where nothing is clear, where it is our fault, we know that there is hope, and this hope is called: Thy will be done, yes, thy will is being done. ‘This world must fall, God stands above all, his thoughts unswayed, his Word unstayed, his will forever our ground and hope.’

Many might scoff at such advice today. After all, religion is in decline and many in the growing group of religious “nones” express disbelief in God or any higher power.

Yet look at Bonhoeffer’s life. He stood strong in the midst of tremendous fears, even his final fear of death by hanging, a death he faced, as one witness described him, “brave and composed.” Clearly, Bonhoeffer practiced what he preached. Might we do well to follow his example?