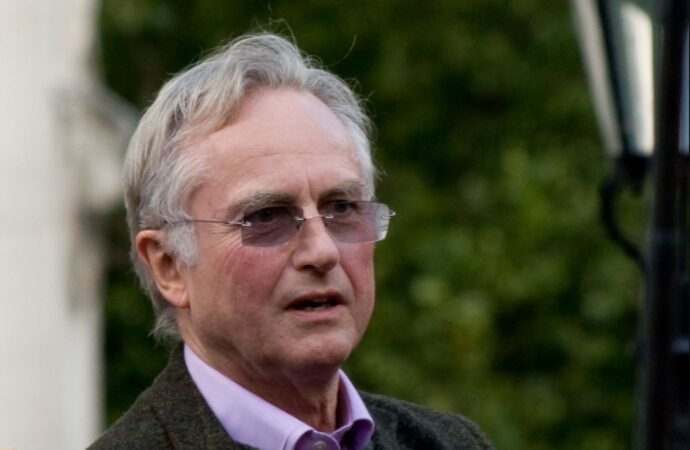 Twitter may not be the best medium for explaining the science of eugenics to a wary public, as the sometime Simonyi Professor for the Public Understanding of Science at the University of Oxford, Richard Dawkins, discovered this week.

Professor Dawkins, now aged 78, renowned as an evolutionary biologist and as the author of best-sellers about genetics and atheism, most recently Outgrowing God, chose to tweet about eugenics. This may have been prompted by a Twitterstorm about back room boys at 10 Downing Street (of which more below). His words were not calibrated to endear him to the public:

Reactions? They ranged from “You absolute pin-headed simpleton” to “How’d the application of this play out in 1940s Europe?” to “The thing about people who believe in eugenics is that they always believe themselves to be the superior kind of human. No-one ever thinks that it could make people like them obsolete.”

Dawkins had to back-pedal very quickly to explain himself:

Dawkins was clearly not playing in the First Division this week. Professors in the Simonyi chair are supposed to make the public sympathetic to science, as its website explains:

The task of communicating science to the layman is not a simple one. In particular it is imperative for the post holder to avoid oversimplifying ideas, and presenting exaggerated claims. The limits of current scientific knowledge should always be made clear to the public.

Even scientists were exasperated. Dave Curtis, the editor of Annals of Human Genetics (a journal which was once titled Annals of Eugenics), posted a long Twitter thread explaining why humans cannot be bred like cattle and roses, contra Professor Dawkins. First, “humans have long generational times and small numbers of offspring. This would make any selective breeding process extremely slow.” Second, humans live in very different environments and most of the variation in their traits is due to the environment. It would be very difficult to identify individuals with ideal traits.

“We should bear in mind,” he adds, “that harsh selection pressures have been acting on humans up to the present and that there may be very little scope for overall improvement. In any event, we can confidently say that selective breeding to improve desirable traits is not practicable.”

The long and the short of the matter, in Dr. Curtis’s opinion, is this: “People who support eugenics initiatives are evil racists. Also, modern genetic research shows that eugenics would not work.”

It’s surprising that Professor Dawkins thought that his puff for human eugenics would be applauded. James Watson, who won Nobel Prize in 1962 for discovering DNA, has become a non-person after expressing eugenicist opinions which were interpreted as racist.

Just a whiff of eugenics was enough to force the resignation of one of Prime Minister Boris Johnson’s advisors recently. Opposition research on Andrew Sabisky, a political “contractor” at 10 Downing Street, uncovered six-year-old opinions which were quickly denounced as eugenic and racist.

For example, in a comment on a 2014 blog post made by a user called “Andrew Sabisky,” it was suggested that compulsory contraception could eliminate a “permanent underclass.” It read: “One way to get around the problems of unplanned pregnancies creating a permanent underclass would be to legally enforce universal uptake of long-term contraception at the onset of puberty.”

Having used internet history to make Sabisksy history, the media moved on to savaging Dominic Cummings, a key advisor to the PM who had hired Sabisky. A blog post from 2014 contained ideas which were described as eugenic. He suggested that the UK’s National Health Service IVF service should offer human eggs sorted by IQ to make a level playing field for rich and poor parents who want babies with a high IQ.

Prof Richard Ashcroft, a medical ethicist at City University, told The Guardian that this was nonsense: “This idea that we can use biological selection to improve individuals and society, and that the state through the NHS, should facilitate this, really is pure eugenics.”

The fracas demonstrates the schizophrenic attitude of the public towards eugenics. On the one hand, the word “eugenics” evokes racism and Nazism. It is this sense which has been weaponized to undermine the new PM. On the other hand, parents who want perfect children are encouraged to eliminate “defective” embryos. The media happily provides a platform for bioethicists to promote such ideas. Another Oxford professor, Julian Savulescu has often explained why he supports eugenics:

We practise eugenics when we screen for Down’s syndrome, and other chromosomal or genetic abnormalities. The reason we don’t define that sort of thing as ‘eugenics’, as the Nazis did, is because it’s based on choice. It’s about enhancing people’s freedom rather than reducing it.

This article is republished from MercatorNet under a Creative Commons license.