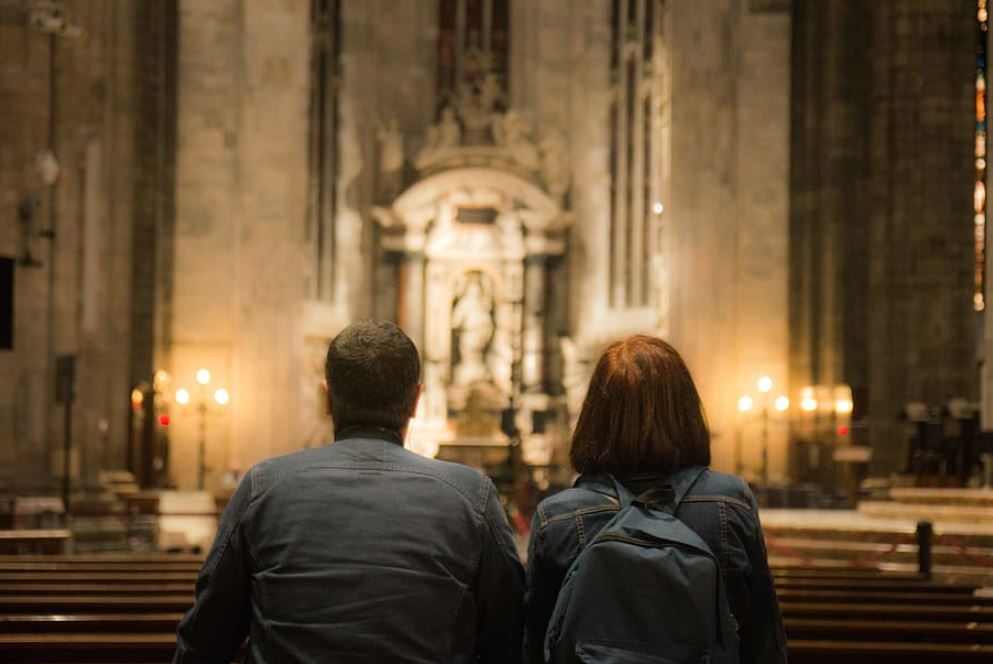 A friend of mine recently allowed me to leaf through his aged copy of the 1662 edition of the Church of England’s Book of Common Prayer. “The Prayer Book” provides prayers, Scripture readings, and liturgies for every Sunday and feast day in the Church year, as well as for special occasions like weddings, funerals, and baptisms.

The 1662 version, though, contains a service I’d never heard of before.

Its full title is, “A COMMINATION, OR Denouncing of GOD’S Anger and Judgements against Sinners; With certain Prayers to be used on the First day of Lent, and at other Times as the Ordinary shall appoint.”

For reasons which will soon become obvious, this service has fallen out of fashion among modern Anglicans. But for now, picture yourself as a 17th-century English tenant farmer. You wake up in your little cottage on Ash Wednesday, walk several miles through the rain or snow to the village church, settle into your pew, and hear this:

[I]t is thought good, that at this time, in the presence of you all, should be read the general sentences of God’s cursing against impenitent sinners, gathered out of the seven and twentieth chapter of Deuteronomy, and other places of Scripture; and that ye should answer to every sentence, Amen.

After this introduction and the list of curses comes a two-page monologue by the priest that reads like a “greatest hits” compilation of fire-and-brimstone passages from the Old and New Testaments. The congregation is warned that sinners who fail to repent before the “day of vengeance” will beg for God’s mercy, but “[t]hen shall it be too late,” and they will be cast “into the fire everlasting.” The phrases hit like blows, one after another.

The service ends with the promise of forgiveness through Jesus Christ, but this forgiveness is not some modest offer to be weighed dispassionately and then maybe accepted. In light of the horror show of wrath that preceded it, Christ’s forgiveness would sound to the man in the pew like “an offer he can’t refuse.” I mean that in the full Godfather sense of the phrase.

The Episcopal Church, an American denomination that split from the Church of England and uses their own Book of Common Prayer, provides a perfect example of watered-down theology. In their 1979 revision, they removed the phrase “there is no health in us” from the confession, and discouraged use of the Prayer of Humble Access, which declares that “we are not worthy so much as to gather up the crumbs under [God’s] table.”

Anything that might make church attendees feel bad about themselves had to go. Nor is the Episcopal Church alone in this attitude. Many evangelical churches, especially those that embrace some version of the “prosperity gospel,” focus almost exclusively on victory and blessings, believing that too much emphasis on sin might discourage seekers.

C.S. Lewis, reflecting on his own experience in sharing the Gospel, provided an explanation for this shift in the presentation of Christianity. “The ancient man,” Lewis wrote, “approached God (or even the gods) as the accused person approaches his judge. For the modern man the roles are reversed. He is the judge: God is in the dock” – or, as we would say, God is the defendant.

I have mixed feelings about this trend. Fear of hell might be one motive to follow Christ, but it’s far from being the best one. Also, turn-or-burn preaching has been abused by church leaders throughout the centuries to bully and control their flocks. On the other hand, ignoring the gravity of sin is a surefire way to become ensnared by it.

So how should Christians view themselves? As the “vile earth” and “miserable sinners” of the Commination? Or as luminous beings for whom any mention of sin connotes a toxic lack of self-esteem?

By insisting that man is a “broken god,” Chesterton provides a paradox, “combining furious opposites, by keeping them both, and keeping them both furious.” For the Christian, there is room for the pessimism of the Commination and for the optimism of those who fought to remove it from the liturgy. Both, however, are necessary. Without its opposite, either attitude can quickly turn monstrous.