Gollum and the Spirit of Christmas 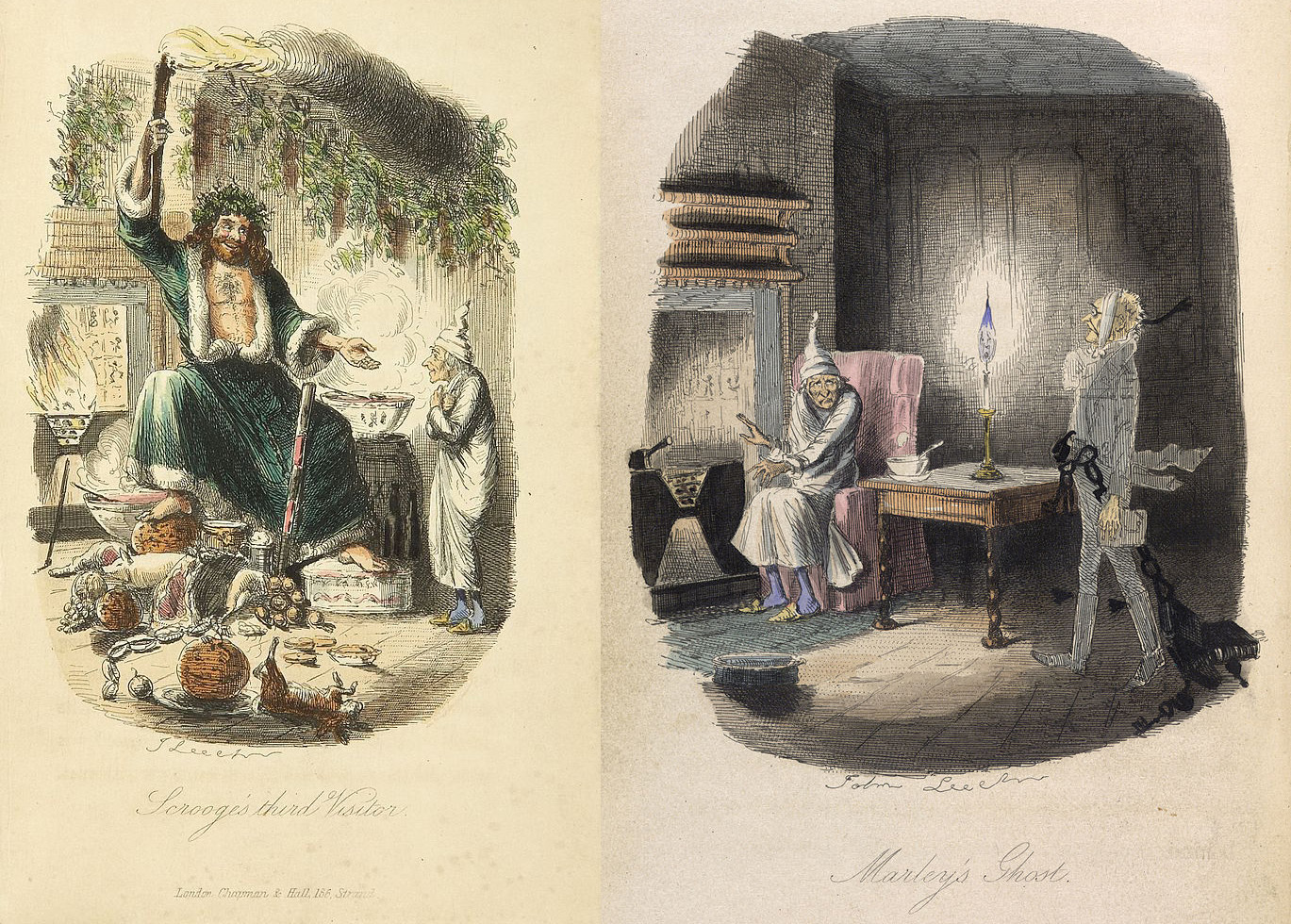 When we think of writers associated with Christmas, Dickens would no doubt come to mind, as, perhaps, would Chesterton. It is unlikely, however, that the name of Tolkien would spring to mind. In Tolkien’s works, such as The Hobbit, The Lord of the Rings, and The Silmarillion, set in Middle-earth, there is no place for Christmas for the simple reason that these works are set in a mystical past, many years before the coming of Christ. Clearly any mention of the birth of Christ and the festivities associated with it would be anomalous, and indeed absurd, in Tolkien’s mythical world, which is why Tolkien disapproved of his friend C. S. Lewis’s decision to place Father Christmas somewhat incongruously into the mythical world of Narnia.

I would like to suggest, however, that the true spirit of Christmas can indeed be found in Middle-earth, as counter-intuitive as this might seem, in ways that are not incongruous or absurd. I would suggest that the Christmas spirit is subsumed within the fabric of the story, beneath the literal level, in those levels of meaning which Tolkien stated were “applicable” to the world beyond the story.

We tend to feel the need of something because we don’t have it. We feel the desire for food when we are hungry and the desire for water when we thirst. We feel the need for companionship when we are lonely. We feel the need for home when we are in exile. Similarly we feel the need for the spirit of Christmas when we are aware that it is not present. Its absence is like the lack of air. We cannot breathe without it. It is for this reason that the power of the Christmas spirit in A Christmas Carol is inseparable from the lack of such a presence in Ebenezer Scrooge. The light and warmth emanating from the star of Bethlehem is absent in the gloomy coldness of Scrooge; the light and warmth emanating from the Babe in the manger is equally absent. Scrooge’s heart is like a black hole, sucking the light and life from the spirit of the season. His presence is an abomination which must be vanquished. Scrooge’s malevolent spirit must be eliminated so that the benevolent spirit of Christmas might be illuminated.

There are two ways of achieving this. Scrooge can meet an unhappy end, making him a tragic figure, or he can have a conversion, making him a figure of hope and life. Dickens shows us Scrooge’s conversion, which is brought about through the assistance of the purgatorial spirit of Jacob Marley and the angelic spirits of Christmases Past, Present, and Yet to Come, each of whom represents the presence and necessity of that supernatural assistance which theologians call grace. Scrooge’s conversion is truly cathartic, in the sense that it is purgative; it cleanses us, as it cleanses Scrooge himself, in the release of pent up fears and emotions. We are purified by Scrooge’s own purification, sharing in the fruits of forgiveness and mercy that he is shown by the One who breathes the very life into the spirit of Christmas. This sudden joyous turn in the story, represented by Scrooge’s conversion, is what Tolkien called eucatastrophe, the good twist in the plot that leads to the consolation of the happy ending.

If, however, we can safely presume that Scrooge lives happily ever after, what can be said of Gollum, the miserly figure in The Lord of the Rings? What can Gollum show us about the spirit of Christmas?

Like Scrooge, Gollum is possessed by his possessions. In Gollum’s case, having been possessed by his possession of the Ring, he is possessed by his desire for its re-possession after the Ring is taken from him. Like Scrooge, he is a slave to the darkness of sin to which he is addicted. “A slave,” writes the philosopher, Thomas S. Martin, “is a person who cannot restrain himself before the appetites of the body and the excessive desire for external possessions.” Such a person can either be held in scorn and contempt, or he can be pitied. What, therefore, is to be done with Gollum? More to the point, what is to be done with all those gollumized souls who have enslaved themselves narcissistically and pridefully to themselves? What is to be done with those who are so addicted to their own self-empowerment, that they no longer have the power to give themselves to others in the love that will set them free? Are they to be scorned or are they to be pitied? Do we loathe them or do we love them? The hobbits in The Lord of the Rings learn to pity Gollum and to show him mercy. They know “the agony of Gollum’s shrivelled mind and body, enslaved to that Ring, unable to find peace or relief ever in life again.” They know his affliction and they pity him for it, showing him mercy. In doing so, they love the miserable sinner, even as they loathe his miserable sin. This is the spirit of giving ourselves to others which is the spirit of Christmas. May we all be blessed with it this Christmas.

This article has been republished with permission of The Imaginative Conservative.