What’s Behind the Explosion of Pet Costumes? 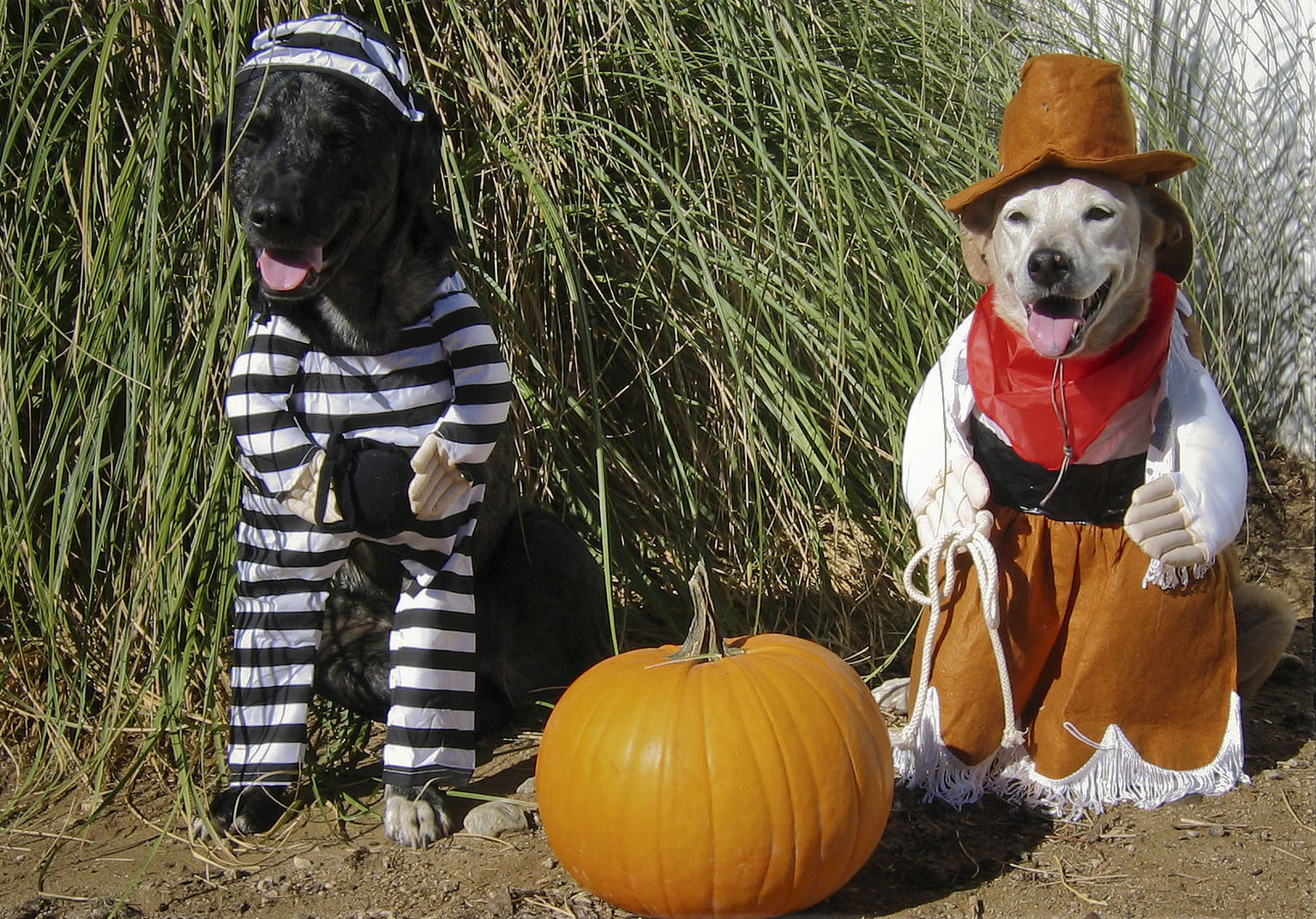 I did a double take reading a headline on The Conversation the other day. It appears that pets plus Halloween makes for a lucrative enterprise:

Americans are expected to spend US $8.8 billion on candy, costumes and decorations this year – or $86 for every person who plans to celebrate. That includes a half a billion dollars on costumes that Americans are buying for their pets….

If you’re trying to recall pets going trick-or-treating in years gone by and coming up empty on memories, you’re in good company. The rise of pet Halloween costumes is a fairly new phenomena, reports Newsweek:

This year, Americans will spend an estimated $480 million to dress up their pets for Halloween, according to the National Retail Federation (NRF). That’s more than double the amount spent in 2010.

‘One of the biggest trends this year is the growth of spending on pet costumes,’ Prosper Insights Executive Vice President of Strategy Phil Rist said. ‘Out of the 31.3 million Americans planning to dress their pets in costumes, millennials are most likely to dress up their pets, the highest we have seen in the history of our surveys.’

I get it. Dressing up pets is a hilarious pastime, one I indulged in freely when I got a kitten as an 11-year-old. My sister and I were delighted upon discovering that our American Girl doll clothes fit the cat perfectly, and the poor creature spent a fair amount of time dressed in a pinafore with a Grumpy Cat face peering from beneath a bonnet.

The difference between dressing our cat and costuming today’s pets in Halloween outfits, however, is that we were kids doing things that kids normally do: using dolls and small creatures as substitutes for the real babies we weren’t old enough to have. Thus, the fact that pet Halloween costumes have surged in popularity in recent years, particularly among millennials, doesn’t so much signal an issue with consumerism – as many suggest – as it does a problem with adulting.

It’s not that millennials can’t handle adulting. They can and they are. But they have also redirected their priorities. Instead of having children, they have “fur babies,” pets upon whom they pour the love, affection, and money that a generation ago would have been directed toward real children.

The dog moms out there may be quick to condemn these sentiments. After all, we’ve been told that children are costly. With student loan debt, the difficulty of finding a spouse, and demanding careers, it wouldn’t seem fair to bring children into a situation where they are deprived of the love and attention they need. Better to redirect this limited time toward a fur baby rather than neglect a real one.

But instead of railing on these dog moms, perhaps it’s time we look at such behavior in a positive light. Could it be that those who treat pets as children are covering up deeper, biological impulses that they don’t even realize they have? Is it possible that they sense the void left by their childlessness, and, like children, are seeking to fill it with substitutes?

If so, then perhaps we should rejoice when we see these costumed animals. They may be a sign that the current generation is not past hope. They may have been sucked into mindsets that career is king, family is futile, and pets are priceless, but perhaps it’s not too late to redirect the love pets receive toward those for whom it was originally intended.