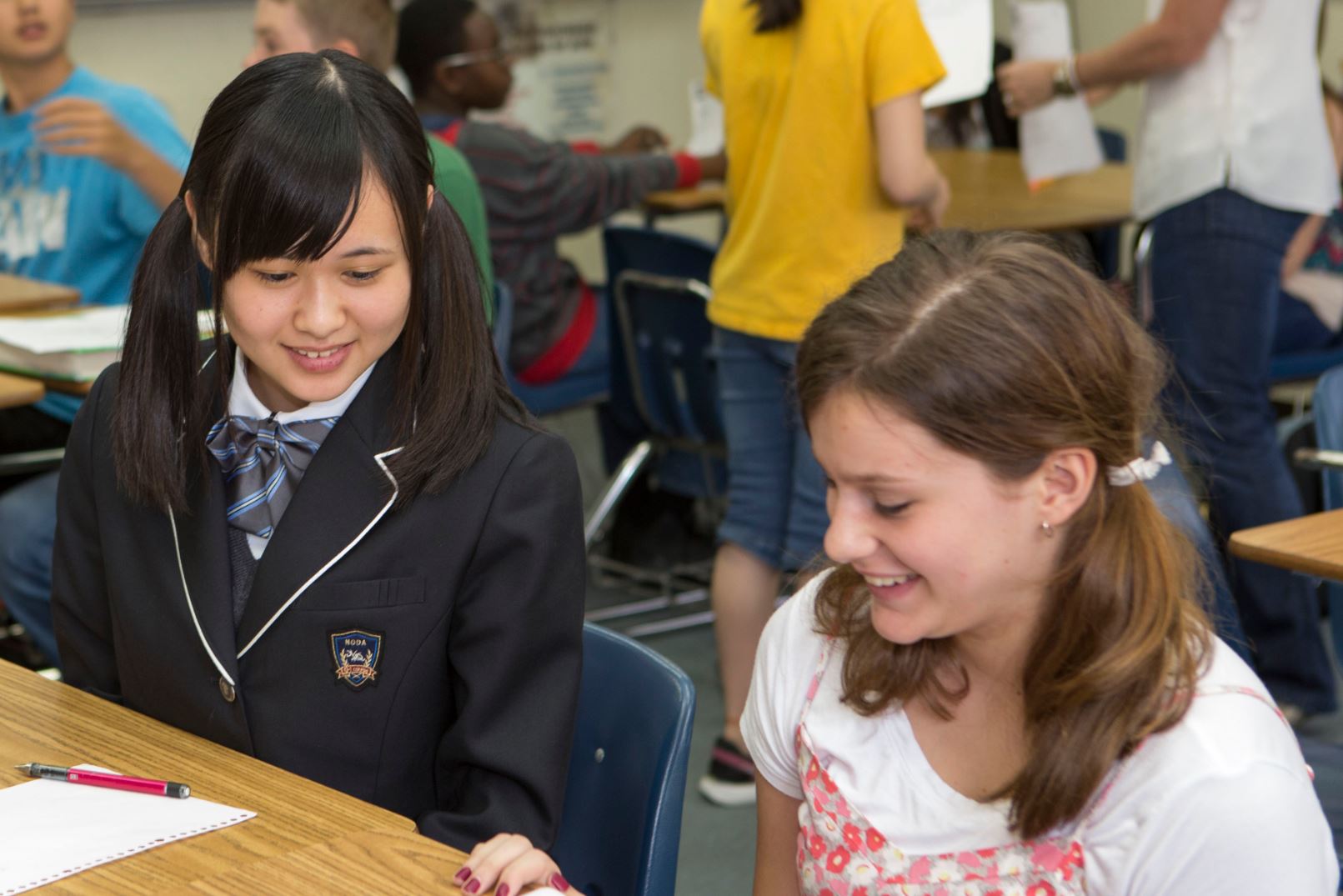 While the guitar serenade is a unique feature of Mark Ingerson’s AP history course, the more intriguing thing about his classroom is that it doesn’t rely on traditional textbooks. Ingerson, Mathews reports, doesn’t believe in them because they offer a firehose of information that students never remember. He keeps a few basic texts on hand, but mostly to satisfy official requirements.

Instead, Ingerson takes a different approach to teaching history. The students learn facts, but in a more interactive way through source material, collaboration, and discussion. Mathews describes the classroom scene:

This past year teaching AP, he [Ingerson] had each student compile 200 flashcards. They repeatedly paired up to quiz each other. ‘I wanted students to know the material so well that if I said “Federalist 10,” literally any student could spout off three to four specific ideas that made that document important and could use that in an argument,’ he said.

Why does he take this unique approach?

Ingerson knows many teenagers will not master material on their own. Pairing up to review with friends is a popular break in every one of his classes. ‘They think it’s fun,’ he said. ‘When students master content and then are able to apply it, it’s confidence- producing. It’s far more meaningful and lasting than checking how many likes they got on Instagram.’

In addition to pairing up to quiz one another on material, students in Ingerson’s class “‘analyze polls, maps, economic data, budgets, etc., constantly.’” They also read primary sources and learn about key aspects of American economics.

Teachers like Ingerson who think outside the box, ditching formulaic approaches to the classroom, always receive accolades from the general public. It’s refreshing and offers hope for a way out of the muck and mire that our education system has become.

Not every one of these experimental teachers or methods work. Yet with a passage rate of nearly 95 percent on the AP Government exam, it seems like Ingerson and his methods do. Why?

Here’s an idea: Ingerson actually teaches his students in an age appropriate way, while many other modern classrooms don’t.

Here it’s helpful to turn to the late Oxford scholar Dorothy Sayers. Sayers unpacks the three levels of education and the ages at which each should be used in “The Lost Tools of Learning.” Factual building blocks are the core of the Grammar stage – what we refer to as elementary school – and are often digested through memory devices like poems and songs. Middle school is called the Dialectic stage and incorporates logic and argumentation into learning. The Rhetoric or Poetic Age is what Sayers labels the high school years. Sayers describes this stage in the following way:

The Poetic Age is popularly known as the ‘difficult’ age. It is self-centered; it yearns to express itself; it rather specializes in being misunderstood; it is restless and tries to achieve independence; and, with good luck and good guidance, it should show the beginnings of creativeness, a reaching-out towards a synthesis of what it already knows, and a deliberate eagerness to know and do some one thing in preference to all others.

Today’s schools often overlook the Dialectic and Rhetoric stages, preferring instead to focus on the Grammar stage through the teaching of facts and figures via that plodding medium of a textbook. Ingerson, however, incorporates all three, starting with the fun accumulation of facts via song and flashcards, encouraging debate, and then synthesizing and making connections with the material studied. In this way, he gives students facts, but also challenges them to act their age and learn at a higher level.

Today only 24 percent of 12th graders are proficient in Civics. Proficiency in U.S. History only registers at 12 percent. Is it possible that students would become more proficient in these crucial subjects if more classrooms behaved like Ingerson’s? Should more teachers ditch textbooks and allow students to engage and interact with material at a higher level more respectful of their age and abilities?