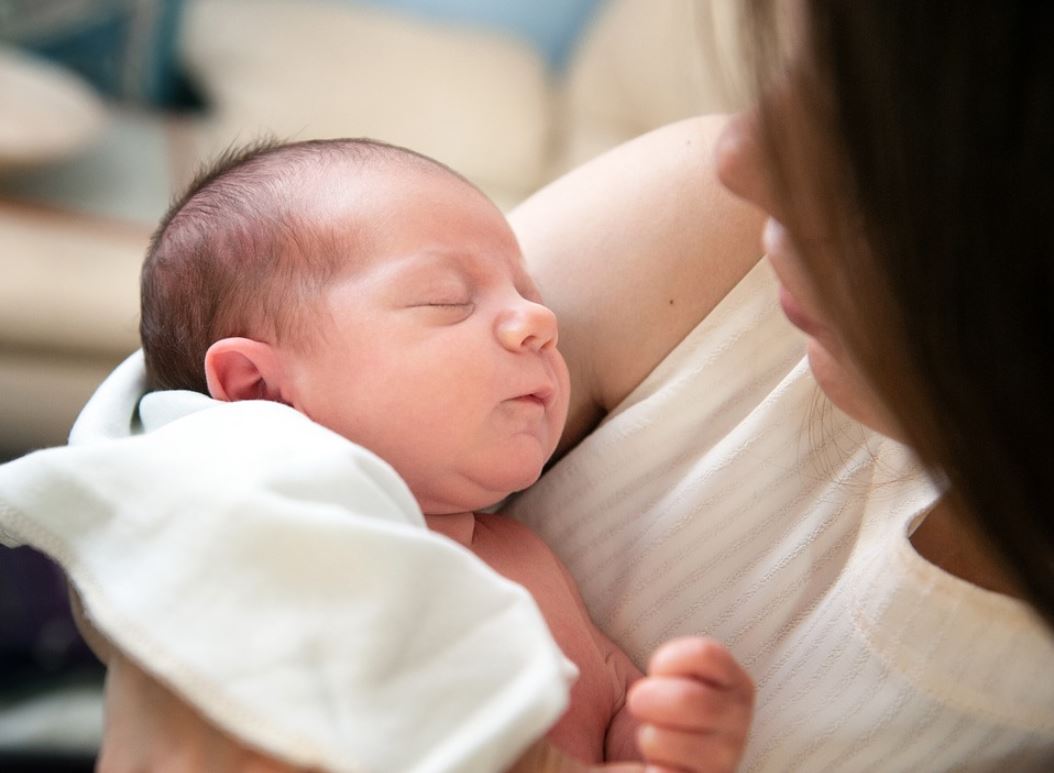 A close friend of mine just had her fourth child. I am delighted! One might say baby-holding is a hobby of mine, so the more of them there are, the better I like it.

But not everyone agrees with me. Oh, they may like babies, but they’re also terrified of what the future may hold for the tiny tots.

One of these individuals is Alexandria Ocasio-Cortez (AOC). She made waves earlier this year when she expressed her fears about bringing children into the world because of the impending doom of climate change. Since then, others in their child-bearing years have expressed similar doubts about children.

I was reminded of these sentiments while reading Whitaker Chambers’ Witness. For those unfamiliar with the book, Witness tells the life story of an ex-Communist who testified before Congress in the Alger Hiss case during the mid-20th century.

Chapter six of Witness is simply titled “The Child,” and takes up a whopping three pages of the 700-page tome. Its shortness signals its significance. Chambers credits his child as the first leak in the dam that eventually broke and got him out of the Communist party.

Although Chambers longed to have children, the words of his dead brother rang in his ears: “For one of us to have a child… would be a crime against nature.” Like AOC, Chambers’ brother was afraid to bring children into the world for the types of difficulties they would face.

The Communist party was also against its key members like Chambers having children, but more for the distraction little ones brought to the cause. Thus, Chambers and his wife chose to have an abortion when they realized they were expecting.

They didn’t go through with it, however, and soon they were the proud parents of a little girl. Chambers recounts:

The child had been born long enough to have lost the puckered, red, natal look. Her face was pink, and peaceful. She was sleeping. Her long lashes lay against her cheeks. She was beautiful.

Not long after, Chambers had another insignificant experience with his daughter that had lasting ramifications:

My daughter was in her high chair. I was watching her eat. She was the most miraculous thing that had ever happened in my life. I liked to watch her even when she smeared porridge on her face or dropped it meditatively on the floor. My eye came to rest on the delicate convolutions of her ear—those intricate, perfect ears. The thought passed through my mind: ‘No, those ears were not created by any chance coming together of atoms in nature (the Communist view). They could have been created only by immense design.’ The thought was involuntary and unwanted. I crowded it out of my mind. But I never wholly forgot it or the occasion. I had to crowd it out of my mind. If I had completed it, I should have had to say: Design presupposes God. I did not then know that, at that moment, the finger of God was first laid upon my forehead.

Like Chambers, today’s young people are immersed in collectivist thought. Positive views of socialism are on the rise, an Axios poll reported in spring of 2019, with nearly 50 percent of millennials and Gen Z saying they “prefer living in a socialist country.”

Granted, socialism and communism are not the same thing, although both stem from Marxist ideology. One difference between the two is the latter’s rejection of religion, a fact which Chambers references above. Yet even while the trending socialism we’re seeing in the U.S. allows for religious devotion, the institution of religion seems to be dying out on its own with the decline of various denominations and the growth of atheists, agnostics, and “religious nones.”

Against this backdrop we see AOC and others worrying about having children for climate reasons, or perhaps not having children at all, a factor indicated by fertility rates which dropped another two percent in 2018.

But perhaps that is where the problem lies. Perhaps instead of running from children, the current child-bearing generation needs to embrace them.

Chambers did, despite his troubled family background, his political leanings, and his limited financial resources. When he did, he discovered one of the greatest joys of his life. A joy that caused him to wonder over the miraculous design of a little human. A joy that got him thinking and caused him to re-evaluate his ideologies. And a joy that gave him a reason to later fight for life in the midst of despair.

Could children do the same for our generation?