‘Get Your Guns, Boys! They’re Robbing the Bank!’ 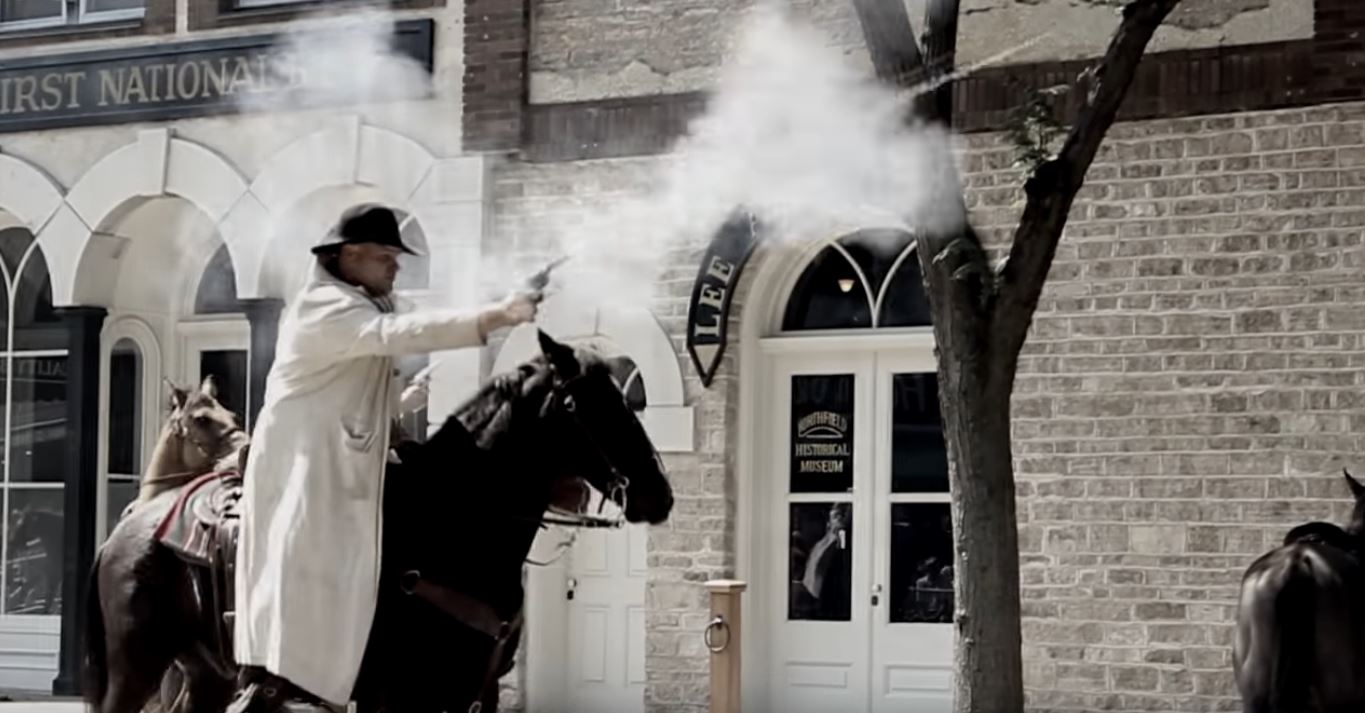 If you haven’t heard, the city of San Francisco is setting out to rid itself of terrorism. Domestic terrorism, that is.

“Great!” many of us would say. “A city should work hard to keep its citizens safe.”

The trouble is, San Francisco has an interesting definition of what constitutes a domestic terrorist. In a recent resolution the city named the National Rifle Association – and by implication, all those who claim membership in it – as Domestic Terrorist Number One.

Commenting on this incident, Henry Olsen at the Washington Post writes:

Words matter, and there are few words that stigmatize a person faster than calling him or her a terrorist. A terrorist by definition is someone who engages in terrorism, and terrorism is defined as ‘the systematic use of violence to create a general climate of fear in a population and thereby to bring about a particular political objective.’

This is an interesting definition, particularly as it paints a perfect picture of an incident that happened nearly 150 years ago this week, namely, the defeat of the James-Younger Gang in Northfield, Minnesota.

The gang, headed by infamous outlaw Jesse James, rode into town on September 7, strategically placed its members around town, and then put their plan into action. The opening minutes of the robbery show terrorism in action:

The bandits began with a diversion: five of the men galloped through the center of town, hollering and shooting their pistols in the air. As the townspeople ran for cover, three other men wearing wide-brimmed hats and long dusters took advantage of the distraction to walk unnoticed into the First National Bank.

Once inside, the gang members terrorized the bankers, killing one and injuring another.

The townspeople, however, were having none of it. One of them realized what was happening, sounding the alarm with a cry of, “Get your guns, boys! They’re robbing the bank!”

From there, the townspeople jumped into action, killing a couple of the gang members and wounding others, eventually driving the James-Younger Gang out of town.

The National Rifle Association was only a few years old when this infamous raid took place. It is unlikely that the townspeople from Northfield, Minnesota were registered members of this group – a group in which membership now identifies someone as a gun owner or enthusiast. Yet through their actions it is easy to see who the genuine terrorists were: the guys shooting up the town and robbing the bank, not the average citizens pulling out their guns to defend their money and fellow community members.

But what if this happened today? Would we see it the same way? Common sense says yes; the San Francisco resolution says no.

Society will be faced with this question more frequently in the coming years. Will it be willing to sacrifice “wokeness” or virtue signaling in order to cut through the haze and tread the path of common sense?