No Room for the Yang Gang? 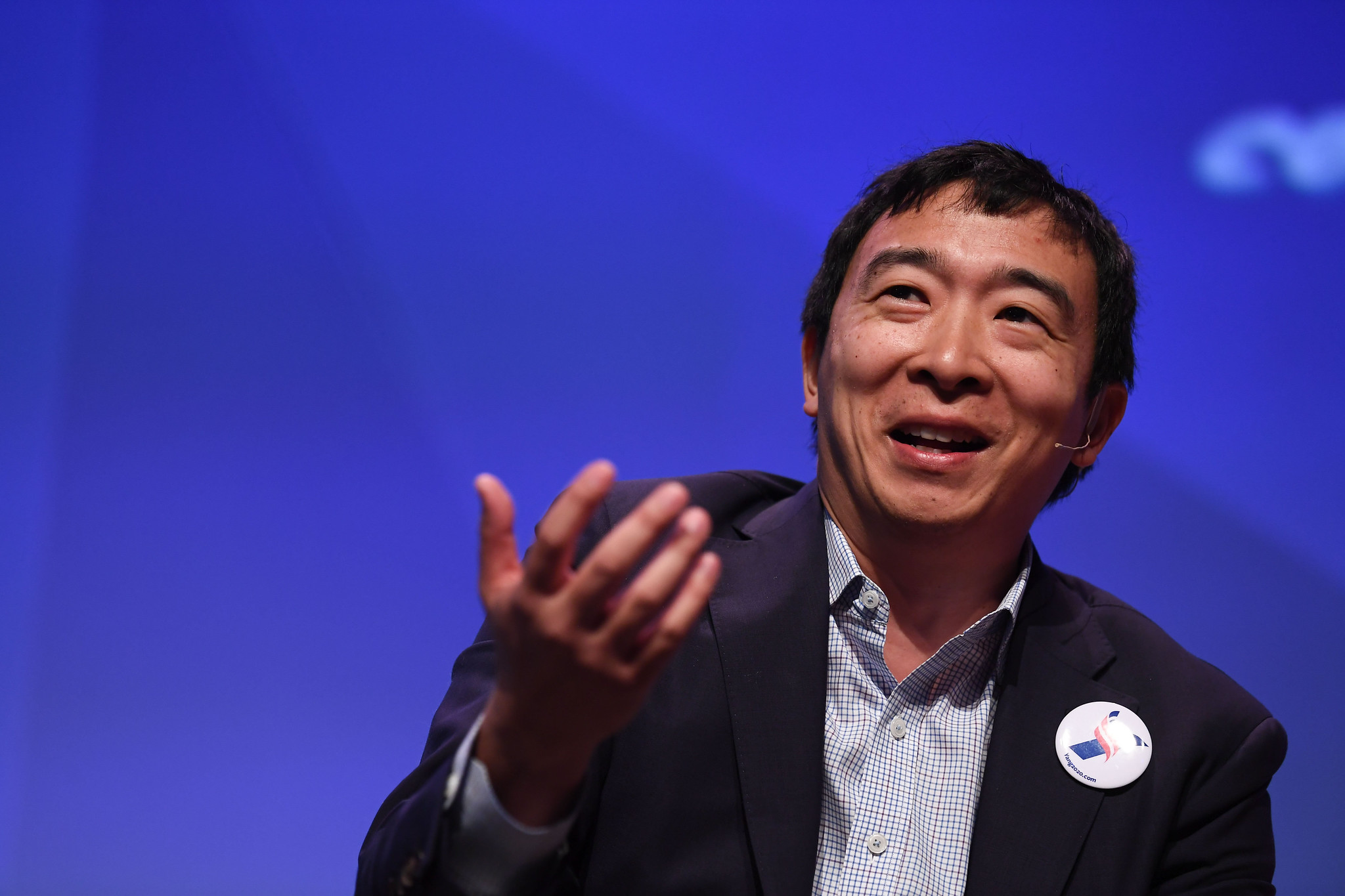 On August 8th Democratic outsider nominee Andrew Yang became the ninth candidate who qualifies for the next round of presidential debates. This may come as a surprise since the mainstream media has devoted its energies to focusing on Biden, Warren, Sanders, and Harris.

This fact, coupled with the presidential debate held in late July, underscores that many Democrats may be out of touch with a vast number of Americans. They seem to have no clue why they lost the 2016 election.

Yang is attempting to break this mold.

Best known for his Universal Basic Income (UBI) proposal, Yang would give a no-strings-attached 1,000 dollar a month dividend to every citizen over age 18. He would fund this by taxing big tech companies such as Amazon and consolidating federal welfare programs.

I know very little about economics. I am not seeking to assess Mr. Yang’s policy proposals. Yet it seems that the Democratic establishment’s rejection of him showcases an inability to understand the issues that caused middle America to vote for Trump.

One of these is the loss of manufacturing and service industry jobs throughout America’s heartland. In a debate held in Detroit, Yang was the only one to address the people of the city directly. Consider this quotation from Yang’s opening statement:

Raise your hand in the crowd if you’ve seen stores closing where you live. It is not just you. Amazon is closing 30 percent of America’s stores and malls and paying zero in taxes while doing it… The automation of our jobs is the central challenge facing us today. It is why Donald Trump is our president, and any politician not addressing it is failing the American people.

Yang’s campaign message is simple: reinvest in people and local communities. He demonstrates this with his human-centered capitalism policy, which at its core changes they way we would measure the economy. Instead of looking at just GDP and the stock market, Yang promises that his system would be gauged by median income, childhood success rates, absence of substance abuse, and more.

The rest of his policies are predicated upon this framework. Foreign policy is one example:

We’ve spent trillions of dollars and lost thousands of American lives in conflicts that have had unclear benefits. We’ve been in a constant state of war for 18 years. This is not what the American people want. I would bring the troops home, I would de-escalate tensions with Iran, and I would start investing our resources in our own communities.

The Democratic establishment has blacklisted Yang for this type of rhetoric. After rejecting one of Yang’s four submitted polls to qualify for the next round of debates, his campaign sent an email to supporters saying, “The political establishment is stacking the deck against us,” and “Through being left off of a media outlet’s graphic, through a muted microphone, through a revoked poll – you have been with us every step of the way.”

While the establishment candidates spoke of impeachment, climate change, and racist tweets, Yang concluded by saying,

Instead of talking about automation and our future, including the fact that we automated away 4 million manufacturing jobs, hundreds of thousands right here in Michigan, we’re up here with makeup on our faces and our rehearsed attack lines, playing roles in this reality TV show.

Time will tell if Yang will be successful in expanding the Democratic party platform to include conversations about the America population they seem to have disenfranchised. But I suspect we will see a presidential election similar to that of 2016 with another establishment candidate running on behalf of Democrats.