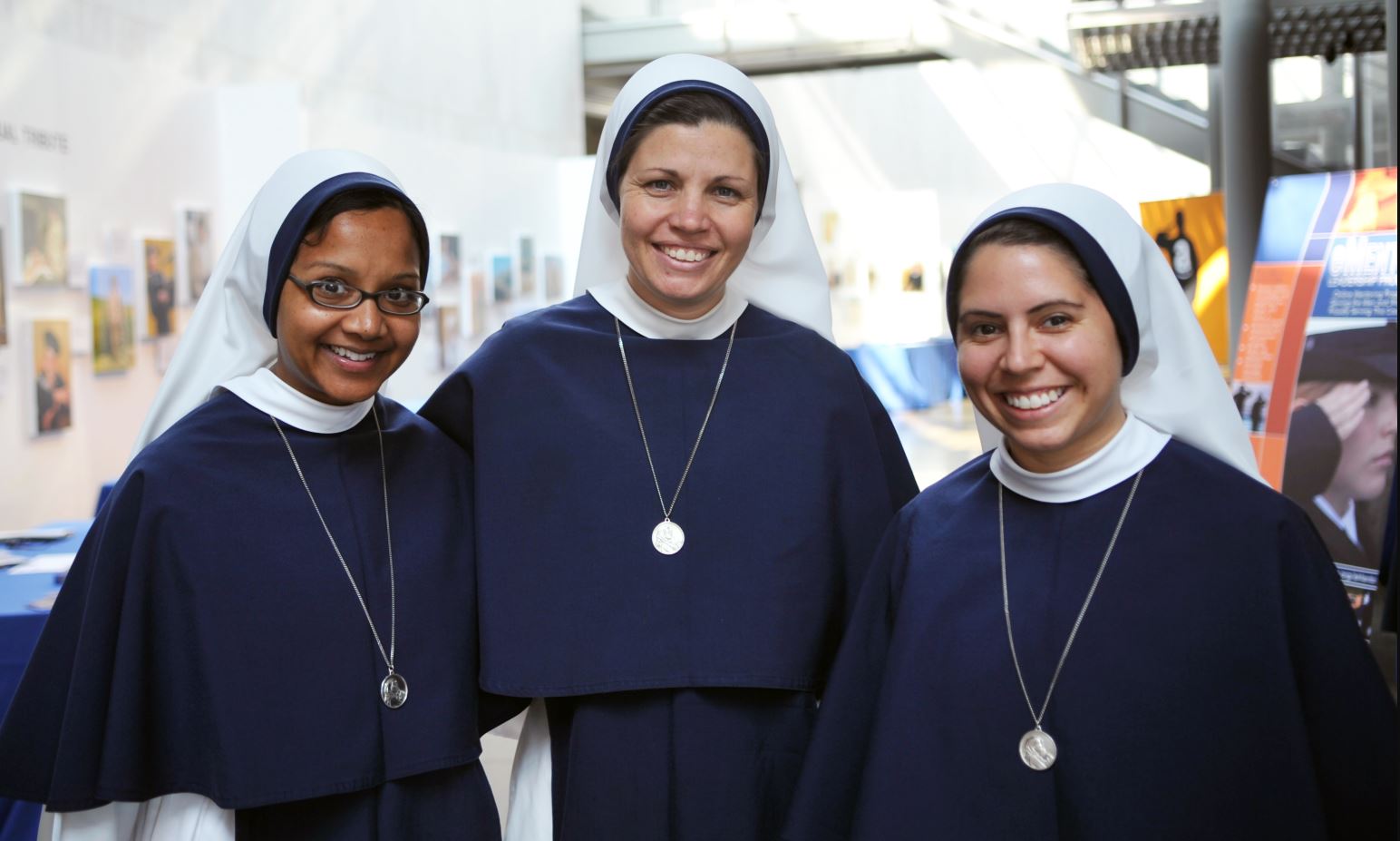 I was taken aback at the headlining article on ESPN this weekend. It wasn’t about kneeling football players. Instead, one might say it was about a kneeling basketball player: Shelly Pennefather.

Pennefather, a former All-American player for Villanova, turned down a professional basketball career to join the cloistered convent of the Poor Clares. ESPN captured her silver jubilee in which her family was able to hug her for the first time in 25 years.

But while Pennefather’s abandonment of a promising career for the religious life seems strange, it foreshadows a trend happening amongst Millennials.

Patrice Tuohy, who matches young people interested in a religious life with specific religious orders, notes this trend in a Huffington Post article by Eve Fairbanks. Tuohy notes that inquiries about the religious life have soared from 350 a year to 2,600 last year.

And these weren’t casual inquiries either. According to Tuohy, many young women were seeking religious orders which “would force them to wear a habit.”

The Huffington Post article goes on to reference a 2017 survey of American Catholic women. Those in the 18 to 35 age range reinforce the trend toward convents with 13 percent saying they considered becoming a Catholic sister. This is a five percent uptick from the boomer generation.

Another indication of growing interest in the religious life is the age of those entering convents. “The average age for taking the final step into the religious life a decade ago was 40. Today, it’s 24,” The Huffington Post reports.

These numbers are surprising. One would expect the opposite due to the religiously unaffiliated nature of Millennials or the sexual abuse crisis.

What is causing this increased interest of young Catholics towards the religious life?

An interest in conservatism and a more orthodox faith seem to be the answer:

They [Millennial nuns] tend to be far more doctrinally conservative than their predecessors. … They celebrate virginity not as a necessity to free up time to serve God – how some ‘liberal’ sisters see it – but as something in itself holy.

The Huffington Post also describes the life of John Olon, who teaches theology at a “typical Catholic high school,” one where “the incoming freshmen tended to have little to zero interest contemplating the divine.”

That attitude didn’t stop Olon from bringing in priests and religious sisters to give vocational talks, however. For years the presenter’s pitch of trying to be cool bore no fruit. The students saw through the superficiality of these speakers.

By contrast, when Olon brought in a traditional priest who exhorted the class that they are called to holiness and to be saints, the kids responded.

To understand why, it’s important to recognize what the students were going through. One student, Mackenzie, explains: “Nothing was satisfying me. I was aching for something to settle on.” It was taking Olon’s class and learning about the saints and their journey towards virtue that she found something rooted that could satisfy her.

Olon, himself speaks to the existential midlife-esque crises that he observed in many of his students:

‘The level of anxiety and sadness these kids have, I don’t think we can even understand it at this point,’ Olon said. ‘I think there are things these kids are experiencing now that we don’t even have names for.’

Young Millennials appear to be drawn towards a religious life based on that old-time religion. An uncompromising doctrinal orthodoxy that pierces their subjective relativism.

This is confirmed by the author of The Huffington Post article who, while not religious, writes:

In one of my earliest diary entries, at age 8, I confessed a desire to become an Orthodox Jew. I had cousins who were Orthodox. Their dress and rituals were strange to me, but part of me also envied them.

During my teens, I worried a lot about whether what I was doing was right. I liked the idea of saying the shema, a simple Jewish prayer you chanted at meaningful moments. It seemed to give life anchor points.

The image of anchor points is an important one. If you are, or have spent time around Millennials and Zoomers, you’ll notice that all too often that is exactly what is missing. Anchors. Roots. Without them we drift away, succumbing to the newest trend, without any reflection on whether it manifests truth or beauty.

Regardless of your position on Catholicism, the trend highlighted by the article is an important one to ponder. Should we return to speaking about deeply rooted things such as religion, philosophy, and culture? Does the younger generation respond better to these concepts than it was once thought?