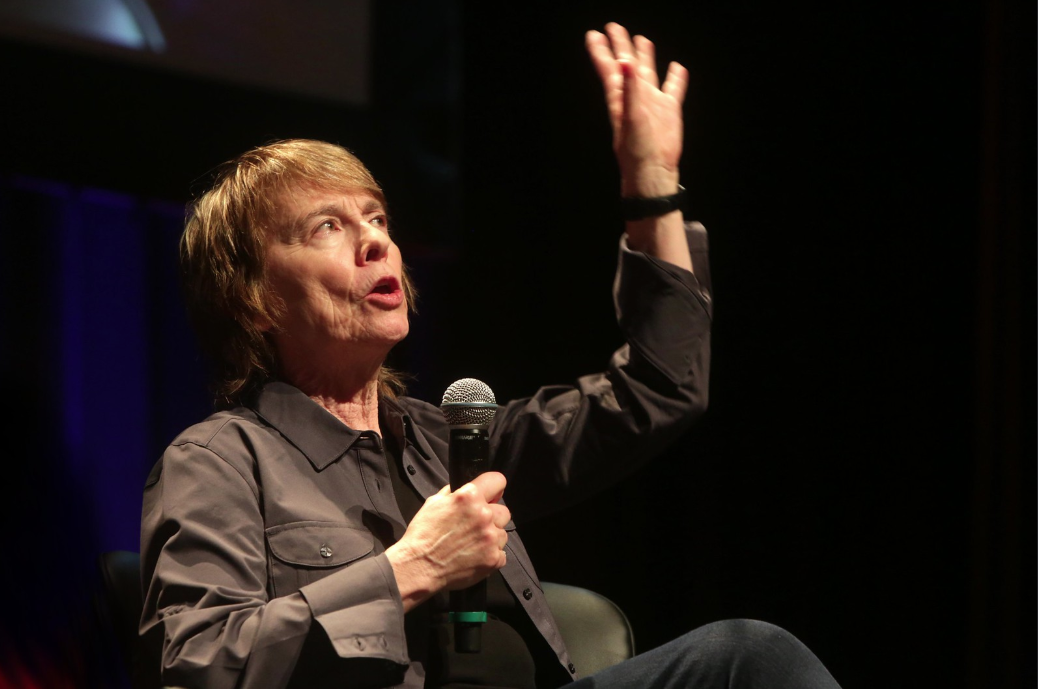 University disputes have always tended to descend into bitter words, perhaps because the stakes are so small. In his Preface to Shakespeare, the great 18th Century scholar Samuel Johnson observed that “when the truth to be investigated is so near to inexistence, as to escape attention, its bulk is to be enlarged by rage and exclamation.”

But debates about transgender issues are different by an order of magnitude. In the era of identity politics, transmen and women and their supporters see disagreement as a mortal threat. Dissident academics are being deplatformed, silence and abused. Just consider the following:

Last year Rosa Freedman, a law professor at Reading University, in the UK, questioned the UK’s Gender Recognition Act. A student abused her on campus: she was a “transphobic Nazi who should get raped. ”

Transgender academic Camille Paglia has a sharp tongue and a penchant for questioning orthodoxies. Students at the University of the Arts in Philadelphia have demanded that she be fired. “Camille Paglia should be removed from UArts faculty and replaced by a queer person of color,” an online petition declared.

In 2017 Scott Yenor, a professor at Boise State University, came under siege for stating that transgender ideas “compromise the integrity of the family”. “You have blood on your hands Scott Yenor,” was one poster displayed on campus.

These are just anecdotes culled at random. “It is head-scratchingly bizarre how so many public organizations, many of them ostensibly progressive, have capitulated to passive-aggressive, emotionally blackmailing, and sometimes even outright threatening behavior from trans activists, often online,” commented Kathleen Stock, a professor at the University of Sussex, who is skeptical of trans claims.

So it is refreshing to read in Inside Higher Ed a letter from 12 leading scholars from the UK, the US, Canada, Australia and Belgium opposing attempts to silence trans critics as a violation of “the fundamental academic commitment to free inquiry”.

The intriguing angle to this push-back is that at least two of them have been on the pointy end of the stick themselves.

Peter Singer, the world-famous ethicist at Princeton University, may be notorious for supporting euthanasia and infanticide, but he is also a strong supporter of open debate – even though disability activists and anti-abortion protesters have sometimes disrupted his lectures:

We acknowledge that philosophical arguments can lead to pain, anxiety and frustration when they challenge deeply held commitments – whether pertaining to gender identity, religious conviction, political ideology or the rights and moral status of fetuses or nonhuman animals. Moreover, some of us believe that certain extreme conditions can warrant restrictions of academic speech, such as when it expresses false and hateful attitudes or incites violence or harassment.

Yet none of the arguments recently made by our colleagues can reasonably be regarded as incitement or hate speech. Policy makers and citizens are currently confronting such metaphysical questions about sex and gender as What is a man? What is a lesbian? What makes someone female? Society at large is deliberating over the resolution of conflicting interests in contexts as varied as competitive sport, changing rooms, workplaces and prisons. These discussions are of great importance, and philosophers can make an essential contribution to them, in part through academic debate. Philosophers who engage in this debate should wish for it to be pursued through rational dialogue, and should refuse to accept narrow constraints on the range of views receiving serious consideration.

Even more surprising is the signature of Francesca Minerva, of the University of Ghent, in Belgium. She was the author of an article in the Journal of Medical Ethics which made headlines around the world, “After-birth abortion: why should the baby live?” She was heaped with hate mail over her controversial views. Yet she and her colleagues “condemn the too frequently cruel and abusive rhetoric, including accusations of hatred or transphobia”.

Singer and Minerva are not heroes; they simply have common sense. They understand that academic cut-and-thrust should be about truth, not about reinforcing comforting delusions. But perhaps in a time of epidemic irrationality, questioning the delusions of the age takes courage. Whatever the deficiencies of his philosophy, Peter Singer (and his colleagues) deserves to be congratulated for bravely defending free speech.

This article has been republished with the permission of MercatorNet.