‘I Want You to Panic,’ Said Greta, and Panic They Did 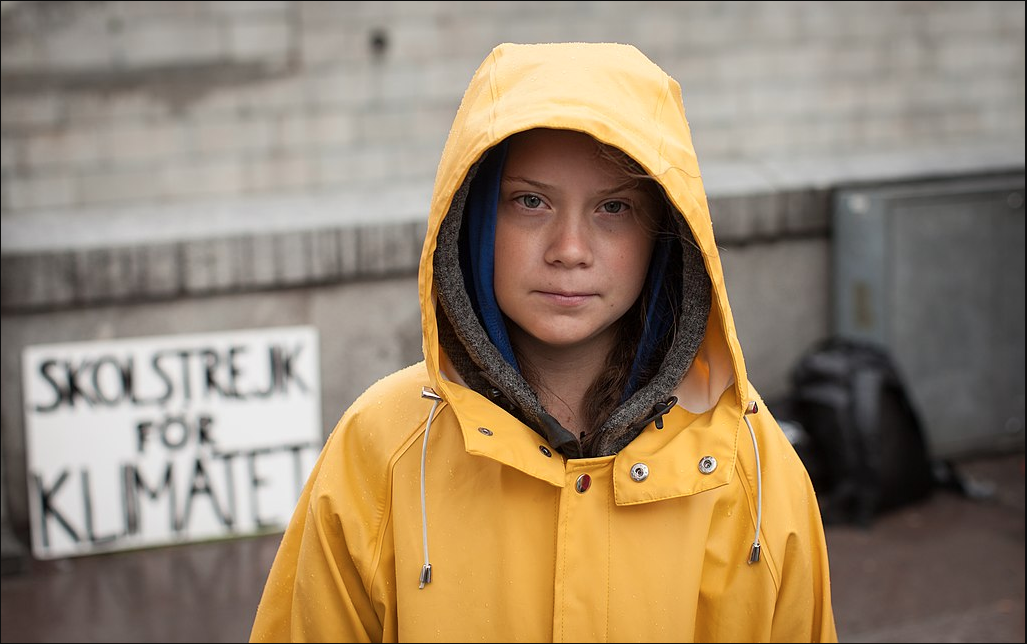 “There is no more any prophet,” is the bitter lament of the Psalmist in the Babylonian Exile. We are more fortunate. Sixteen-year-old Swedish schoolgirl Greta Thunberg has been out-Jeremiah-ing Jeremiah as she criss-crosses Europe lecturing about the imminent catastrophe of climate change.

Here’s how she excoriated “the people and prophets and priests” at the World Economic Forum in the Swiss resort of Davos. Expressionless and in her Swedish-accented monotone, she declared: “Adults keep saying: ‘We owe it to the young people to give them hope.’ But I don’t want your hope. I don’t want you to be hopeful. I want you to panic. I want you to feel the fear I feel every day. And then I want you to act.”

Greta is eloquent, piercing and scary. And even if most of us are still using plastic drinking straws and driving gas-guzzlers, the words of the prophet from Stockholm have not fallen on dry ground. Some philosophers are taking her message to heart and are spreading the word – PANIC!

The journal Essays in Philosophy has just devoted an entire issue to the question: “Is Procreation Immoral?” According to the editor and the four contributors, the answer is Yes. Basically their argument is that the safest response to climate change is not to have fewer children, but to have none at all.

The morality of bringing new life into the world is, according to the editor, Sarah Conly, of Bowdoin College, in Maine, “the most pressing question of our time”. She paints a picture of which Greta Thunberg would be proud:

We face the prospect of great environmental destruction. We suffer now, and will suffer increasingly, from climate change, the depletion of natural resources, the destruction of habitat, overcrowding, and the wars that ensue when people fight for advantages under these changed conditions.

Professor Conly is something of an expert on how to panic. She contended in her book, One Child: Do We Have a Right to More? that population control may be needed to enforce a one-child policy:

I’m going to argue here that we don’t have a right to more than one biological child. At this point in time, when the world around us is in so much danger from environmental degradation, doing just as our parents did-having as many children as we happen to want is no longer viable. Given the numbers we have now, it’s just not an acceptable option. We are threatened with more population than the planet can bear…

One Child was published in 2016, just as China reversed the one-child policy. Its government was worried that China would have, not too many people, but too few. In any case, Conly’s faith in a population control is boringly familiar. Some of the other contributions of the four other authors show a bit more sparkle in their ideas about curbing the “irresponsible behaviour” which is devastating the planet.

The most conventional comes from Trevor Hedberg, of the University of South Florida. He believes that our duty to reduce greenhouse gas emissions places a limit on the number of children that one can have. None is best and two is an absolute upper limit. “Once a couple goes beyond the replacement fertility rate, it is clear that they are actively contributing to population growth and the associated growth of our collective carbon footprint. No reasonable construal of a duty to limit one’s carbon footprint can permit this behavior.”

What about the ethics of parenting in the world forecast by Greta Thunberg? Greta is looking forward to having children, but is this an ethical choice? Professor Conly is an Pollyanna compared to miserabilist Gerald K. Harrison, of Massey University, in New Zealand. “Life is a gift,” he observes. “But it is a gift in the way that injecting someone with heroin and then providing them with a lifetime’s supply of the drug is a gift.” His belief is that “exceptional circumstances aside, acts of human procreation are most likely wrong”.

Anca Gheaus, of the Universitat Pompeu Fabra, in Barcelona, brings a legal perspective to the debate. She observes that having children is clearly guaranteed by human rights documents. So the problem is this: how can people exercise their United Nations-guaranteed right without making the planet an uninhabitable wasteland?

She squares the circle with a proposal of delirious brilliance. Instead of decreasing the numerator in the child-to-parent ratio, increase the denominator! Polyamorous household with many partners and one child will reduce the birth rate. “Multiparenting – that is, three, four, or possibly more adults co-raising the same child or children – is a desirable solution,” she writes. “Moreover, in cases where each individual or couple parenting one child would not result in sufficiently steep downsizing, multiparenting may be morally required.”

By far the most interesting argument comes from Leonard Kahn, of Loyola University New Orleans. As an act utilitarian Professor Kahn is committed to the view that “All non-optimal acts are morally impermissible”. This compels him to reach a ferociously logical conclusion with respect to procreation. A child in a rich country uses far more resources than a child in a poor country. Therefore, procreation is non-optimal and morally wrong for rich people.

So Greta Thunberg can rest easy. Adults, at least some of them, are taking climate change seriously. She should be sent a free copy of Essays in Philosophy.

This article as republished with permission from MercatorNet.