Four Things We Can Learn From the Amish About Technology 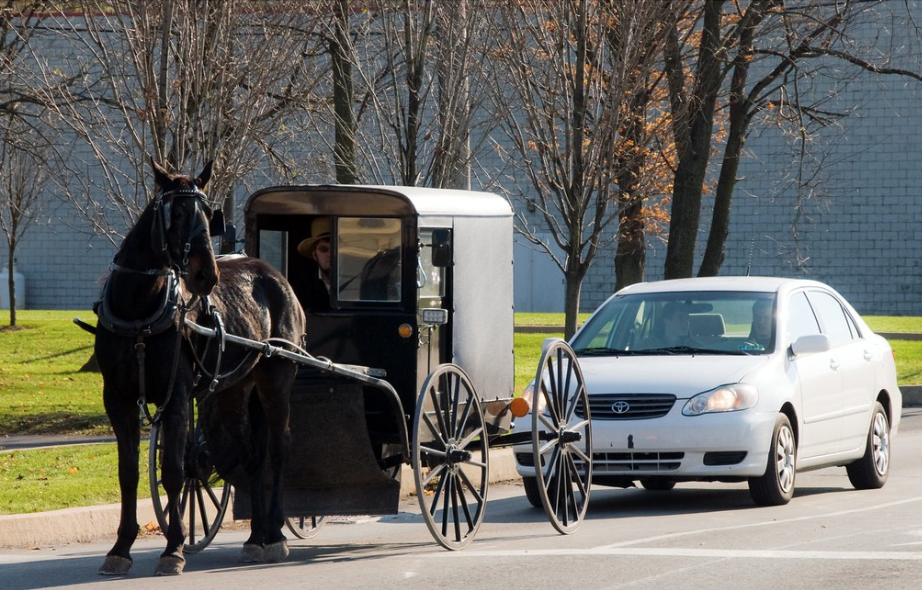 Picture the Amish for a moment.

Do you see dour men in bulky black coats with beards?

A technophobic people horribly out of step with the twenty-first century?

If these are your thoughts, you’re not alone. Yet according to Kevin Kelly, co-founder of Wired magazine and author of “What Technology Wants,” this popular image of the Amish could not be more wrong.

The Amish are steadily adopting technology­ – at their pace. They are slow geeks. As one Amish man told Howard Rheingold, ‘We don’t want to stop progress, we just want to slow it down.’

But why do the Amish want to slow progress?

The answer is that the Amish view the appeal of new innovations differently than the average American. Instead of worrying about surface aspects of technology, such as the number of selfies a smartphone holds, the Amish are concerned with how inventions will affect their families and way of life.

According to Kelly, the Amish guide the adoption of new technologies with four main principles:

1. Enhance Community – Convenience and trendiness are optional. To the Amish, “Technologies must enhance family and community.” Kelly cites the concern for preserving tight-knit communities as the reason the Amish don’t drive cars:

When cars first appeared at the turn of last century the Amish noticed that drivers would leave the community to go shopping or sight-seeing in other towns, instead of shopping local and visiting friends, family or the sick on Sundays. Therefore the ban on unbridled mobility was aimed to make it hard to travel far, and to keep energy focused in the local community.

Considering this, how often does the average American family today think about the impact that new apps or devices will have on the health of their personal and communal relationships?

2. Just Say No – The second thing Kelly observes about the Amish is their selectivity. “They know how to say ‘no’ and are not afraid to refuse new things,” writes Kelly.

This stands in stark contrast to the average American, for whom it is often impossible to resist the latest gadget. This can lead to an endless obsession with updates and improvements – an obsession that consumes time, energy, and even the health of key relationships.

Amish, by contrast, have the wisdom to say no when they don’t believe a new gizmo will benefit them, and so protect their families from the centrifugal forces of boundless innovation.

3. Evaluate by Experience – The Amish “evaluate new things by experience instead of by theory,” Kelly reports. This is not to say the Amish are not willing to give new technologies a chance. They simply handle it in a very controlled and methodical manner. Case in point is the Amish relationship with cell phones:

Cell phones were embraced by women who could keep in touch with their far-flung family since they didn’t drive. But the bishops also noticed that the cell phone was so small it could be kept hidden, which was a concern for a people dedicated to discouraging individualism.

Instead of making snap decisions, the Amish allow for experimentation, keeping a close eye on how their families and communities are affected. “Try first and relinquish later if need be” could well be the Amish motto.

By contrast, Americans, Kelly says, “Are good at trying first; not good at relinquishing.” But would we be better off with periods of controlled experimentation like the Amish?

4. Choices Impact Others – Finally, the Amish believe that “Choices are not individual, but communal. The community shapes and enforces technological direction.”

The Amish recognize something that too many Americans miss today: the impact of individual choices is not limited to individuals. The choice of one person creates ripples that will affect both family and community.

Now compare the Amish approach to the way in which most Americans treat choice. How often do we think about how our actions will impact those around us?

Let’s be honest: We all love our tech gadgets. But are the Amish on to something? Would we be a lot more satisfied in life if we considered these four principles when making our technological choices?