The Forgotten Family Ritual That Bonds Parents and Children 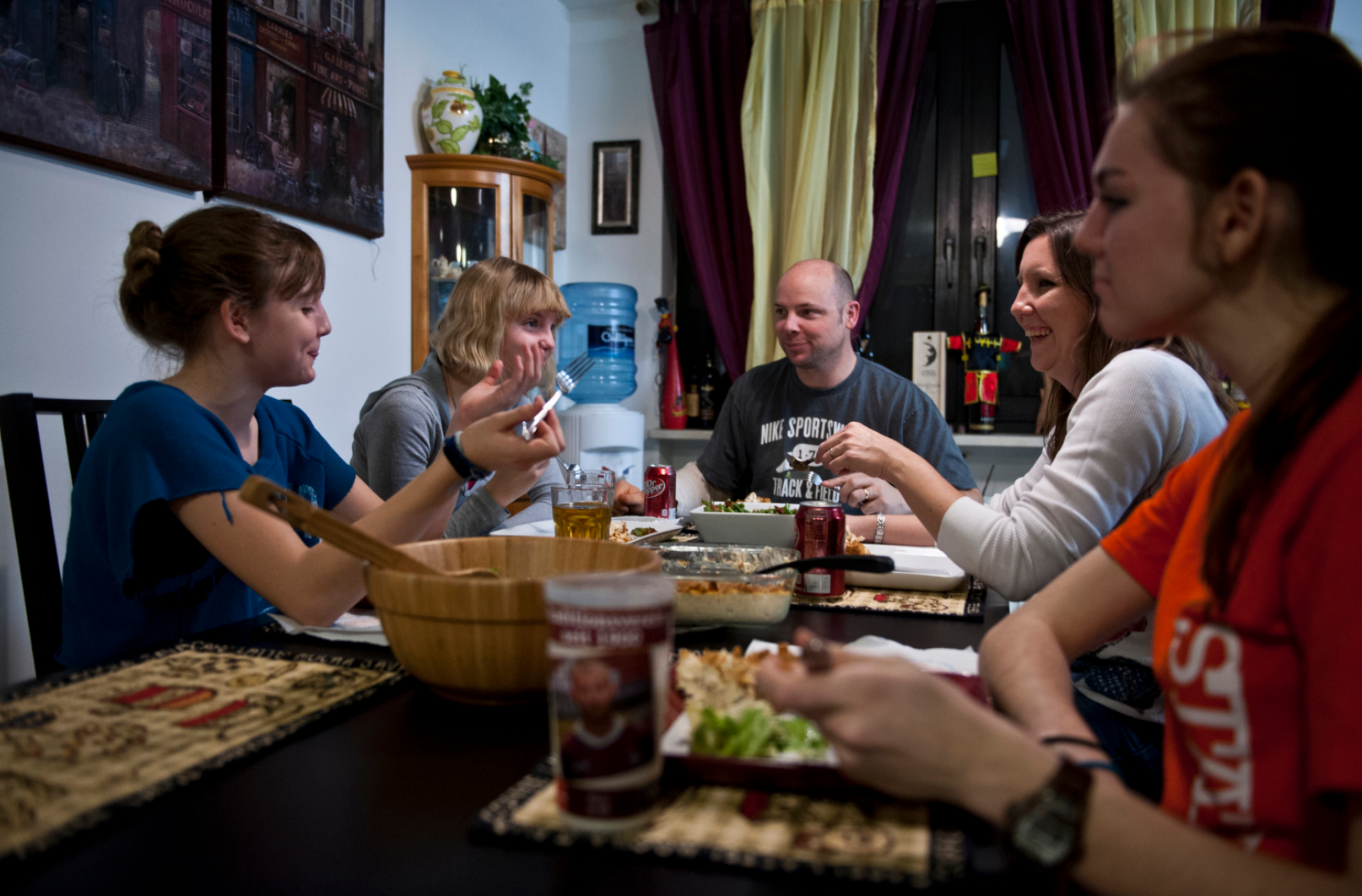 A friend of mine told me how as a child she informed her neighborhood playmate one evening that she had to go home. It was time for dinner.

Her playmate gave her a confused look.

“Don’t you eat dinner with your family?” my friend asked her.

“No, we never do that,” came the answer.

Unfortunately, that response seems to have grown more common in recent years. Dinner is now more “me time” than family time, a point underscored by a recent Atlantic article. Reporting on a new survey, The Atlantic notes that as dining venues, “the couch and the bedroom are both far more popular now” than the kitchen table was several decades ago. In fact, “the number of respondents who most often eat at a kitchen table nowadays is roughly the same as the number who eat either on the couch or in their bedroom.”

Experts quoted in The Atlantic suggest a number of reasons, including families running in multiple directions, women working outside the home, and the ever-present reality of screens.

But another theory has to do with the decline of formality. The move toward open spaces rather than specific dining areas, as well as the decline of special tableware such as tablecloths and candles, makes dinner just another mundane occurrence.

What would happen if we reversed the mundane and made dinner special again?

That’s what author Laurie David did a number of years ago. In her book, The Family Dinner, David explains how she made family dinner into a “project,” making “everyone stop what he or she was doing at around the same time every night, and sit together for a satisfying amount of time to eat, talk, and connect as a family.”

The first way David did this was to turn Tuesdays into taco night. She and the children would invite guests, prepare their tacos, and come up with conversation starters to discuss over the meal. Soon it became a tradition and the family began turning other meals into special occasions as well.

The result was better than David could have ever hoped:

One uneventful Wednesday night, I was sitting at the kitchen table with my family. Dessert had long since been consumed, but my two girls still lingered at the table an hour after we’d first sat down for supper. There we were, two bright, happy teenagers and I, engrossed in conversation that ranged from national politics, to binge drinking on college campuses, to who was doing what to whom at school. You know—all the stuff we crave to know but never get real answers to: what’s really happening in their lives; who’s mean and who’s nice; who’s misunderstood and why.

Wow, I thought to myself, I have actually done something right as a parent. This was a new feeling! Usually I’m beating myself up over all the mistakes I make on any given day. But wait, I had succeeded in luring and keeping my family at the dinner table—and talking about real issues they might have otherwise kept silent about!”

Today’s families are pulled in multiple directions. Many parents sense they need a closer connection with their children, but they’re a bit clueless when it comes to figuring it out. Would the reinstatement of family dinner help?