Does the Constitution Mandate Universal Birthright Citizenship? Here’s the Answer 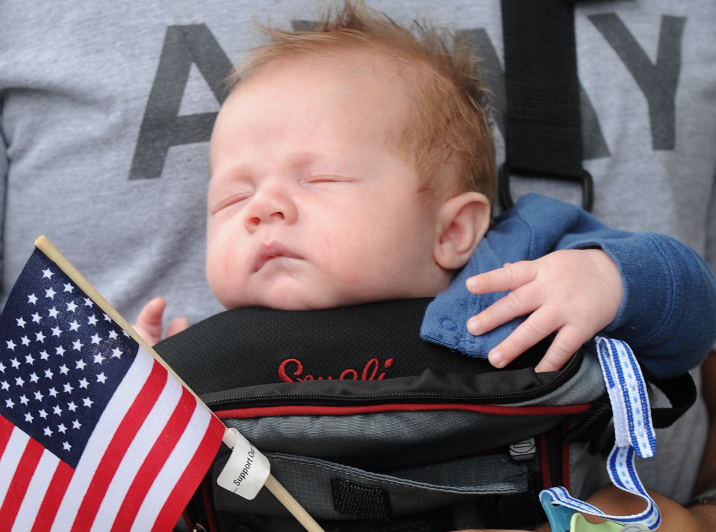 Who is a United States citizen by birth? This question has increasingly received national attention, in large part because of President Donald Trump’s promise to “end birthright citizenship.”

As I explain, however, in my recent Heritage Foundation legal memo titled “The Citizenship Clause’s Original Meaning and What It Means Today,” Congress definitively settled that question in 1866 when it passed the 14th Amendment. The problem is that Congress’ answer was far different from what Americans today often assume.

Even though the U.S. government has long abided by a policy of universal birthright citizenship — that is, of treating all persons born in the United States as citizens, regardless of the immigration status of their parents — the reality is that the Constitution doesn’t mandate this policy.

More importantly, the government today needn’t amend the Constitution in order to restrict citizenship for the U.S.-born children of illegal or non-immigrant aliens. It could simply stop abiding by a broad policy never required by the Constitution in the first place.

In the 1857 case of Dred Scott v. Sandford, the Supreme Court held that the U.S.-born descendants of African slaves were not and could never become citizens. In short, black people were simply Africans, not African-Americans, and relegated to the status of perpetual aliens in the nation where they were forced to live and die.

This holding created a previously nonexistent permanent barrier to citizenship based on a person’s race or national origin. It also left the freed slaves essentially stateless — they logically owed allegiance to no sovereign except the United States government, but were nonetheless permanent aliens.

After the Civil War, Congress passed the Civil Rights Act of 1866 as a direct attempt to override the Dred Scott decision and statutorily expand citizenship to the freed slaves.

That act defined the parameters of birthright citizenship for the first time in U.S. history — “[A]ll persons born in the United States and not subject to any foreign power, excluding Indians not taxed, are hereby declared to be citizens of the United States.”

Congress drafted and passed the 14th Amendment primarily to strengthen the protections of the Civil Rights Act by writing them into the Constitution itself. Under the 14th Amendment, citizenship belongs to “all persons born … in the United States, and subject to the jurisdiction thereof.”

The legislative history strongly undercuts this argument. The 14th Amendment did not override or counteract the Civil Rights Act. On the contrary, the two definitions existed side by side for the next 70 years, and both courts and legal scholars roundly understood them as complementary.

The change in language was exclusively the result of disagreements over how best to exclude tribally-affiliated Native Americans from birthright citizenship, and in no way reflected a desire by Congress to fundamentally change the principles of citizenship initially laid out in the Civil Rights Act.

This is important because it means that the two definitions of birthright citizenship logically work together and inform each other. In other words, a person who is “subject to a foreign power” is also not “subject to the jurisdiction of the United States,” and vice versa.

The legislative history of both the Civil Rights Act and the 14th Amendment shows quite clearly that, while Congress sought to expand birthright citizenship to include the freed slaves, it also sought to exclude broad categories of individuals who maintained only a qualified or limited allegiance to the nation.

As several congressmen put it, birthright citizenship was reserved for those who, like the freed slaves, were subject to “the complete jurisdiction of the United States.”

Notably, even modern advocates of universal birthright citizenship agree that at least some individuals were excluded from citizenship because they owed only a qualified allegiance, despite having been born “in the United States.”

The same legislative history that so clearly excludes tribal Indians from birthright citizenship also makes clear that the Citizenship Clause does not cover the U.S.-born children of other individuals who owe only a minimal, qualified, or temporary allegiance to the United States.

This explicitly meant the exclusion of “temporary sojourners,” who owe the United States a “sort of allegiance,” but who remain meaningfully subject to a foreign power.

While the concept of “illegal immigration” did not exist at the time of the 14th Amendment’s passage, the same principles would disqualify individuals who are illegally present in the United States.

What About Wong Kim Ark?

It is true that, in 1898, the Supreme Court held in United States v. Wong Kim Ark that the U.S.-born child of lawfully present and permanently domiciled Chinese immigrants was a U.S. citizen under the 14th Amendment.

At its core, Wong Kim Ark was about the government’s attempt to circumvent the 14th Amendment and keep Chinese immigrants and their children from ever becoming citizens, by any means, just because they were Chinese.

At the time, federal law barred Chinese immigrants from becoming naturalized citizens, and they were, according to treaty obligations with China, perpetual Chinese subjects.

Much like the freed slaves, Chinese immigrants were prohibited from subjecting themselves to the complete jurisdiction of the United States because of their race, and were relegated to permanent alienage in a country where they would live and die.

This type of race-based discrimination in citizenship was precisely what the 14th Amendment was intended to prohibit, and the Supreme Court rightly recognized the system for the unconstitutional travesty it truly was.

While the opinion can also be read as affirmatively adopting jus soli as the “law of the land,” it can just as easily be read as adopting only a flexible, “Americanized” jus soli limited to the factors of lawful presence and permanent domicile.

This second interpretation renders the holding consistent with the original meaning of the 14th Amendment. It is also precisely what many legal commentators at the time thought the Supreme Court meant, too.

In short, Wong Kim Ark only deviates from the original meaning of the 14th Amendment if one chooses to read it acting under the assumption that the Supreme Court intended to upend decades of precedent and judicially supersede the clear intent of Congress. That assumption is unnecessary, illogical, and dangerous.

What This Means Today

What this means in practice is that the original meaning of the 14th Amendment’s Citizenship Clause has not necessarily been rendered moot by the Supreme Court. The United States government may today treat all U.S.-born children as citizens, but not because the Constitution requires it — or even because the Supreme Court judicially mandated it.

Ultimately, the government may cease to treat the U.S.-born children of illegal and non-immigrant aliens as citizens without first amending the Constitution.

They are not subject to the complete jurisdiction of the United States because they do not meet the requirements of lawful permanent residency envisioned by Congress or laid out by the Supreme Court in Wong Kim Ark. Moreover, their failure to meet these requirements is not the result of race-based prohibitions.

The U.S.-born children of immigrant aliens (also known as lawful permanent residents) are, however, citizens by birth, and rightfully so — their parents are subject to many of the same rights and duties as American citizens, and have taken meaningful preliminary steps toward U.S. citizenship.

These are precisely the “lawfully present and permanently domiciled” individuals whose citizenship has never been questioned under the 14th Amendment.

Embracing the original meaning of the Citizenship Clause is not about racial prejudice or disdain for immigrants in general.

On the contrary, such a move recognizes that American citizenship is reserved for all those who, regardless of race or former allegiances, have taken meaningful steps toward solidifying permanent bonds with the American people, and have taken up the duties and responsibilities inherent to those bonds.

This is something both citizens and would-be citizens alike should celebrate.