Old Kindergarten Requirements Suggest Today’s Classrooms Are Too Much, Too Soon 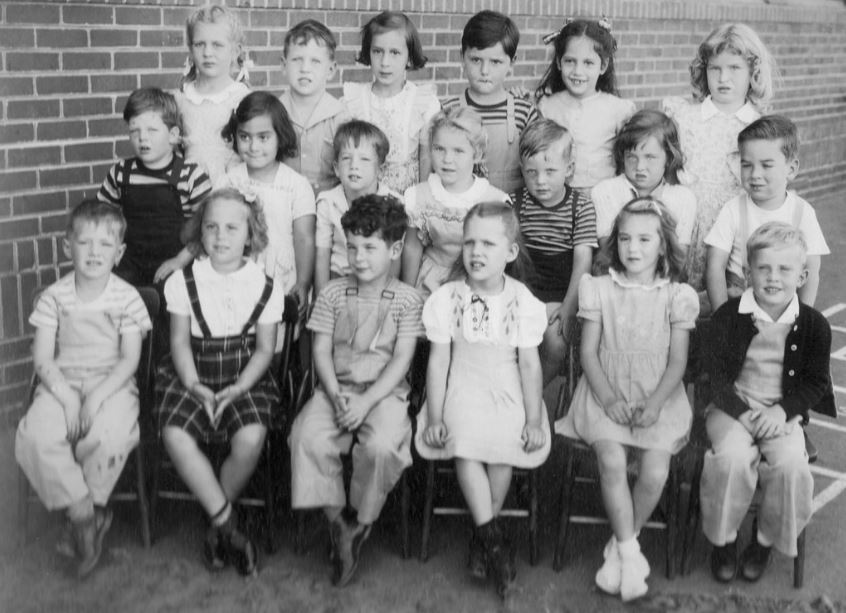 I received a rather frantic email from a friend when school started last fall. Panicking over the number of parents posting first day of preschool pictures, my friend wondered if she had made a mistake by not sending her four-year-old to school. “When did preschool become so popular?” she asked in dismay.

She wasn’t imagining things. Preschool is very popular. Education is important, argues society, so the sooner a child starts school, the better off he will be. As a result, many little kids are almost expected to read and do simple algebraic equations before starting kindergarten. (I’m kidding on that last one. But, you never know…)

It hasn’t always been like this. Once upon a time kids didn’t go to preschool. Or kindergarten. And when they did go to the latter, the expectations were much more kid-friendly and age appropriate.

I realized this when I ran across the following image shared by Sarah Mackenzie, author of The Read-Aloud Family. Strikingly absent from the list, Mackenzie notes, is any mention of knowing letters or being able to read. 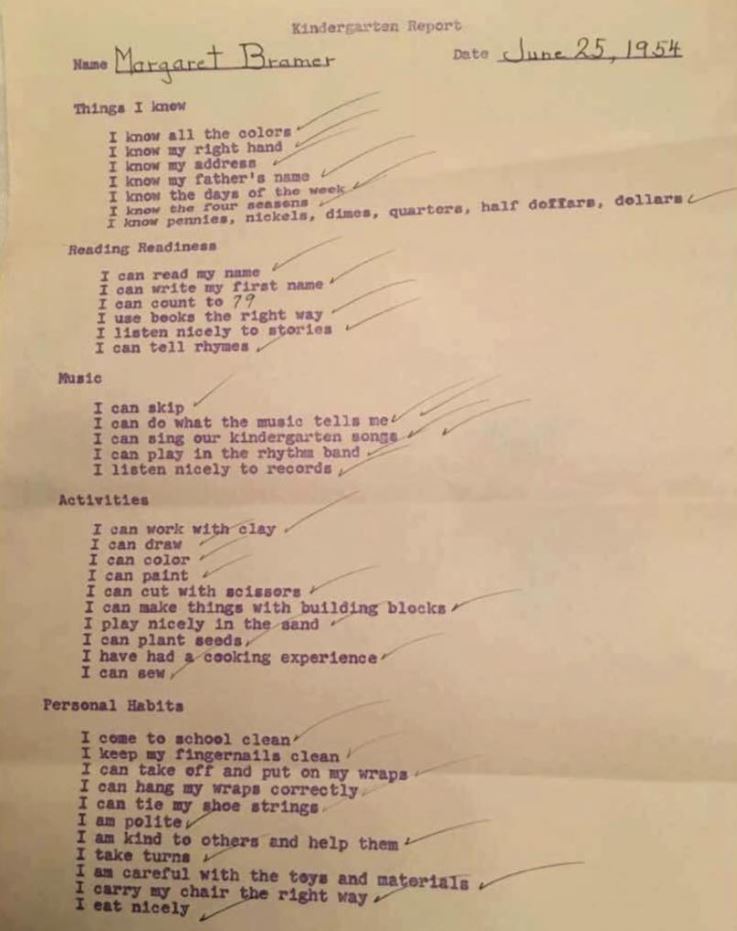 Instead, the kindergarten learning ideals from 1954 are play-based, offering experience with real-life activities such as sewing, gardening, and cooking. Singing and interacting with others is also given high priority. And while individual reading is not taught, children interact with books and enjoy being read to aloud.

This agenda is similar to the one followed by the ancient Greeks, according to Henri Marrou’s book A History of Education in Antiquity:

In a sense, of course, the child’s education began in these early years. He was introduced into social life and shown how to behave, how to be well-mannered and polite, and also given some kind of moral discipline….

In these early years, too, he began to learn something about his own culture. Like any child today, he entered the enchanted world of music by hearing cradle-songs… he came into contact with ‘literature’ through his nurse’s tales….

These early years were in fact primarily a time for play….

Marrou goes on to say that several of the great philosophers did suggest starting rigorous academics at early ages, but most families ignored such advice. Instead, they kept the child at home doing these play-based tasks and waited until a child was seven to officially start school.

Would it be better for our children to return to a similar practice? Do we need to consider whether the rush to keep little Johnny on par with little Jimmy is really for the benefit of the children? And if we consider this carefully, might we find that the rush for early achievement is more for the pride of parents?