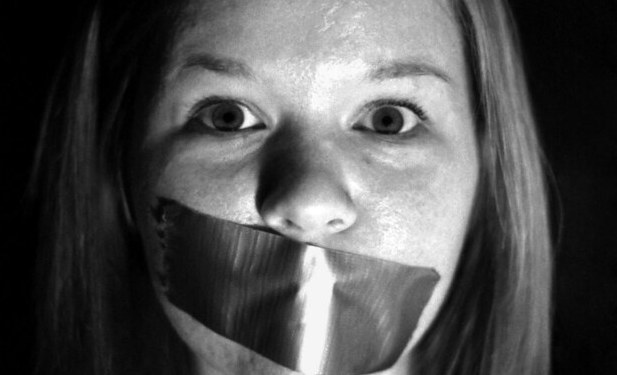 Following the recent attack on a mosque in New Zealand by a white supremacist terrorist, I was asked by a national TV network in the UK to appear on a live show to give my perspective as a former white supremacist. (I served two prison sentences for “inciting racial hatred” back in the 1980s.) I was happy to do so. More recently, the same TV network asked me to appear live to comment on Facebook’s decision to ban the “far right.” “Presumably you agree with the ban,” the representative of the TV network continued, “and do you think other tech companies should follow them?” My reply was no doubt a disappointment:

Echoing the words of Voltaire that “I might despise what you say but I will defend to the death your right to say it,” I do not agree with the banning of political perspectives from the public square. It’s a slippery slope. Today it’s the far right; tomorrow it’s critics of abortion; the day after tomorrow it’s “anti-semites” in the Labour Party and “anti-Islamists” in the Conservative Party. If an organization, on either extreme of the spectrum, advocates acts of terrorism, it should be banned for its advocacy of such acts, but an organization should not be banned because we find its policies distasteful. I will not be party to the banning of parties with which we disagree.

I added that “I presume that my defense of free speech will preclude my involvement in your discussion.” My correspondent replied that the nature of my reply was “unexpected,” and the invitation to participate in the discussion was withdrawn.

This set me thinking. It was clear that the TV company was not interested in a discussion on the rights or wrongs of Facebook’s decision to ban the “far right,” including any discussion of its implications with respect to free speech and its ramifications with respect to the future of democracy. It was clear, in fact, that the TV company was only interested in expressing its support for Facebook’s decision and intended to exclude all dissident opinion on the matter. My appearance would only to be tolerated were I willing to toe the party line. I was wanted as a propaganda tool to make the prescribed point, not as someone who might voice the proscribed viewpoint.

And what of the “slippery slope” towards tyranny to which I referred in my response to the TV network? The fact is that we are already on it.

Take, for instance, Facebook’s taking down of a fundraising page for this summer’s Chesterton Festival in Croatia on the grounds that it constituted “hate speech.” The fund-raising page in question was designed to help an African man attend the Festival so that he could give one of the talks. Where, exactly, is the “hate speech” in this? Or the racism? Is it because the Orwellian bureaucrats at Facebook consider G. K. Chesterton to be on the “far right”? And what exactly constitutes the “far right”? And who decides? And how far to the right of the faceless Facebook executives does one need to be before one faces censure? Last year, for instance, an administrator of Franciscan University’s Facebook page noticed that one of its ads had been rejected because it contained “shocking content, sensational content, excessively violent content.” The “extreme” content deemed so shocking, so sensational, and so excessively violent that Facebook executives thought it needed to be banned was the image of the San Damiano Cross, the crucifix which inspired St. Francis of Assisi to take up his own cross and follow Christ. Facebook retreated from this particular act of censorship after it caused a tsunami of protest, claiming that it had been a “mistake.” One suspects, however, knowing what we do of Facebook’s track record before and since, that it was simply the case of the bully’s retreat following unexpected resistance from its intended victim.

We are already seeing in Europe how those who teach and preach traditional Christian sexual morality are being accused of “hate speech.” Pastors have been imprisoned for doing so in Scandinavia, and a woman has been threatened with arrest in the UK for suggesting that homosexual acts might be sinful. It is a short step from this climate of oppression to Facebook’s banning of Christian sites that teach traditional sexual morality. How long will it be before Facebook declares that those who teach what Christians have always taught are on the “far right”?

And what is true of sexual morality is also true of the related issue of abortion. How long will it be before Facebook decides that the pro-life movement is on the “far right”? Indeed, we are already on this slippery slope. The new pro-life film, Unplanned, faced “a widespread paid media blackout across mainstream and some faith-based outlets,” followed by a ban on Twitter that was quickly lifted after the bullies backed off in the face of online outrage. In the light of such censorship, which was aided and abetted by the film’s being controversially given an R rating by the MPAA, the movie’s success represents not merely a triumph for the pro-life movement but a triumph for free speech and political liberty. Due largely to the democratic power of word-of-mouth communication, which bypassed the media juggernaut, audiences filled theaters across the country on the film’s opening weekend. It out-performed pre-release projections to become the fourth biggest movie at the box office, taking in $6,382,298 for the weekend, surprising the soothsayers in the movie industry who had predicted the film would earn only $2-3 million.

Films such as Unplanned show the power of the people to resist the fascism of Facebook and other globalist bullies. Such resistance shows how the combined power of big business and Big Brother can be withstood. It shows how we can counter the efforts of those who are using the internet to try to enforce their intolerant political agenda. It shows that the small and dissident voice of the people can speak out against those who would lead us towards the slippery slope to tyranny. It shows, in the words of Frodo Baggins, that they cannot conquer forever.