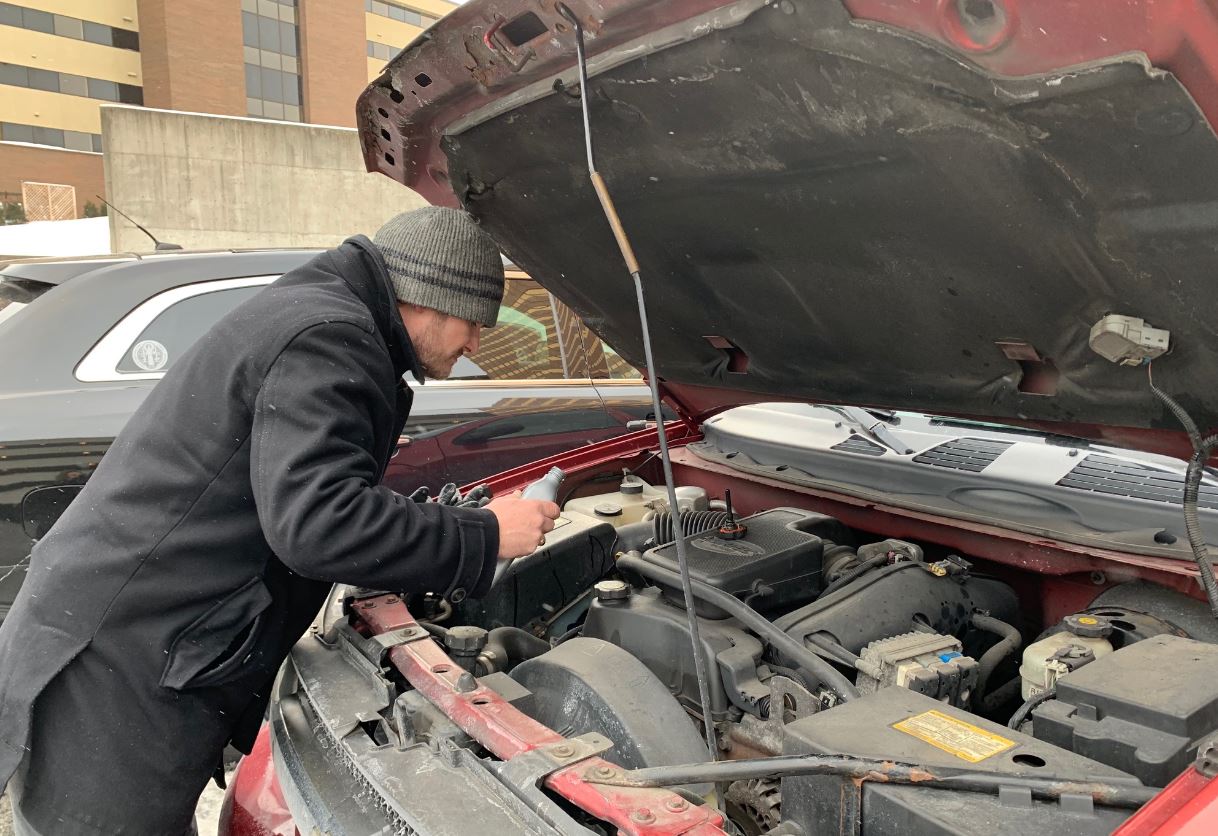 When the #MeToo movement was at its height some months ago, I threw my shoulders back, took a deep breath, and let loose with my own story of the “toxic masculinity” I have experienced while working as the sole female in an entirely male office.

Time has passed, and instead of seeing the toxic masculinity abate, I have seen it rise to a fevered pitch in the last few months. The men in my office have not only exercised their dominance by forcing me to take more time off after I spent my Christmas vacation sick, but they have also defied typical HR standards of decorum and brought me flowers for Valentine’s Day.

All this I have let pass without complaining of microaggression or sexual harassment. But an incident of toxic masculinity happened this week that forces me to once again speak out.

It all started Monday morning when I drove to work. My steering wheel was extremely stiff, but considering it was about nine degrees below zero and my car had been sitting on the street through the night, I continued on my merry way.

By the time I reached the office, my arms were becoming Popeye-esque from straining to turn corners. Having had the same experience while taking my driver’s exam years ago, I had a sneaking suspicion that my power steering was on the blink.

That afternoon, I dug around in my car and found a bottle of power steering fluid. And that little bottle of fluid, so innocent and unassuming, kicked off a whole string of toxic masculinity incidents.

Instead of allowing me to pour the fluid in myself, my boss took bottle in hand, popped the hood, and began filling the tank. When the bottle was empty and the steering wheel still refused to move with ease, my boss had the nerve to tell me to go wait inside while he drove to the nearby gas station and purchased more fluid.

Refusing my attempts to repay him for this action, he popped the hood again, only to discover that the power steering hose was broken. At this point, his machismo really kicked in, for he pulled out tools, donned his snow pants, ditched his coat, and climbed under the hood, all while telling me to go warm up – because by this time the thermometer had risen to a balmy eight degrees.

Eventually the temporary patch was completed. My boss’s attempts at toxic chivalry, however, were not. Ignoring my protests, he insisted on following me home, claiming that his temporary fix might not hold and he didn’t want me stranded in a cold, unknown neighborhood. Clearly, those seeking to root out chivalry from the earth have not yet come to the far corners of Minnesota, or I would not have to deal with such blatant sexism – sexism which belittles my capability as a woman to fend for myself.

The tale I’ve just described is what many would call toxic masculinity at its finest. But let’s be honest: If such behavior is truly toxic masculinity, then I don’t know what more a woman could ask for. What sensible woman doesn’t want to be helped in a time of need? What reasonable girl doesn’t appreciate a kind gesture? And what could make a woman feel safer than to be surrounded by gentlemen who look out for her best interests even when it puts them at a disadvantage?

We have come to a place in society where women, at least by many accounts, are allegedly held in high regard and value. Anything a man can do, a woman can do better. Suggesting that it’s acceptable and even desirable for men to watch out for, protect, and even help a woman is anathema to our culture, for, it is argued, she can do it without help, thank-you-very-much.

But does such an attitude make a woman out to be less valuable than she is? By allowing her to fend for herself, does it not signal that she is not worth looking after? I can’t help but wonder if in the process of seeking to elevate women, we’ve unintentionally relegated them to a less desirable position by telling men they can no longer protect and treat women with the sweet chivalry which was once a normal part of life.

For my money, I’ll welcome “toxic masculinity” any day if it means I get treated with the respect, care, and concern that the guys in my office exhibit… and unless I miss my guess, other women would too – if they only had a taste of it.