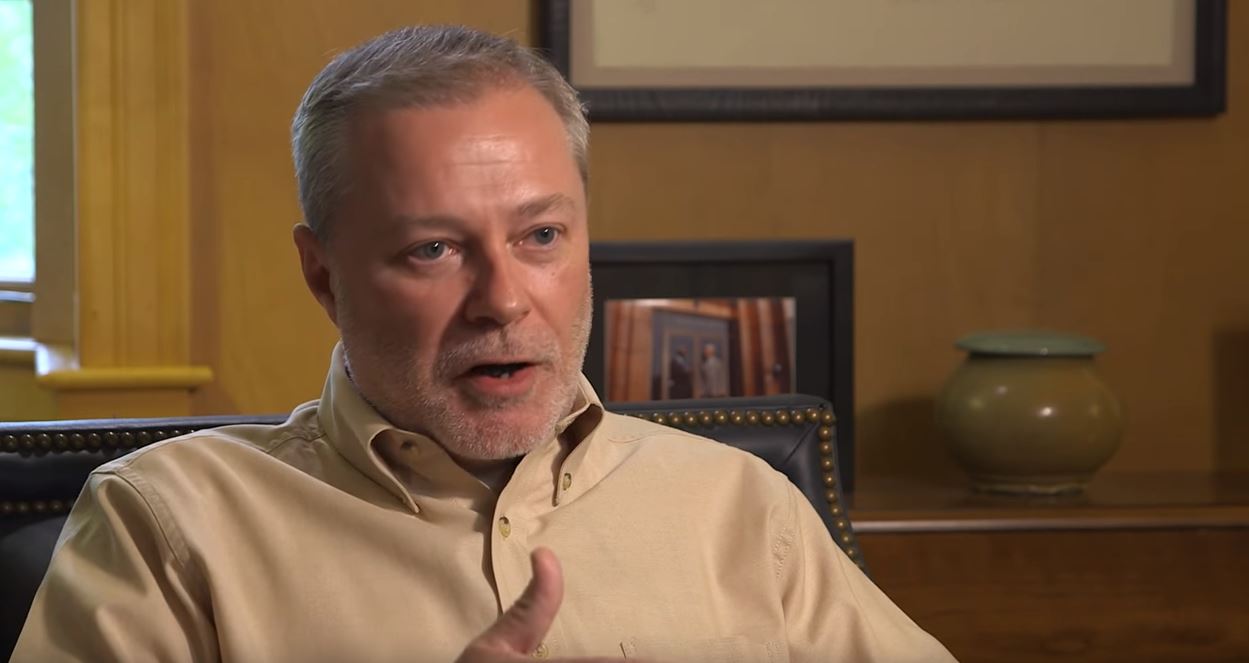 Several years ago, liberal professor Jonathan Haidt made a surprising statement about today’s college students. Explaining their inability to handle conflict or anything contrary to their own opinions, Haidt noted:

But this lack of intellectual community and thoughtful understanding of the other side isn’t unique to the students Haidt teaches. Professor Andrew Latham of Macalester College in Minnesota stumbled upon this same realization by accident when he began offering a course on conservative political thought.

As Professor Latham implies, Macalester College has a large population of politically liberal students. Niche.com ratings underscore this point, with 82 percent of students describing the political beliefs of Macalester as “Progressive/very liberal,” and 18 percent describing them as “Liberal.” Given this, Professor Latham thought his conservative political theory course would be relatively empty and a breeze for him to teach.

In a video for Macalester College, Latham explains that Macalester students have come flocking to his class, eager to engage and learn about conservative political theory:

[The class] is capped at 25 and I routinely have 30 and 32 students. Out of that 30 or 32 students, one or two will be self-described, they will identify as conservative, and the rest are just progressive, left-of-center Macalester students really interested in ‘How could anybody think other than I do? What are the roots of these alternative political perspectives?’

Why this intense interest, particularly in a time when political viewpoints are so polarized? Latham suggests that the interest is driven by a genuine hunger for knowledge and understanding:

Macalester students by and large had not systematically been exposed to conservative political theory. They tended to view conservative political thought as either insanity or evil, but on the basis [of] really no systematic exposure of it. So I thought I would teach a course in which we exposed our students to thinkers – really it begins with Edmund Burke, and then builds on that, Russell Kirk and a few other – mostly American, although some British thinkers. It has been a wonderful experience.

There often seems to be an unspoken fear – on both sides of the political aisle – that open discussion and presentation of opposing viewpoints will result in greater anger, offense, and contention. But Latham has not found this to be the case. Instead, he infers that open discussion and deep digging into ideas builds a type of respect and understanding of the other side – the type of civil discourse that society has been looking for – as well as a personal wrestling with life’s great questions:

Nobody changes their mind in the course of this class, and that’s not why I offer this class – I’m not in that business – but I think the progressive students, the leftist students understand better what the other side of the aisle looks like and thinks like. And the one or two conservative students are a little more grounded in their conservatism. It’s not all visceral, it’s not all instinctive, there’s actually some philosophy behind it.

Is this the answer to the political vitriol we see today? Are many unable to get beyond hatred of the “other side” simply because they have not taken the time to get to know and understand the philosophies which underpin both their own political views and those of others around them?