The Rise and Fall of the American Girl Doll Company? 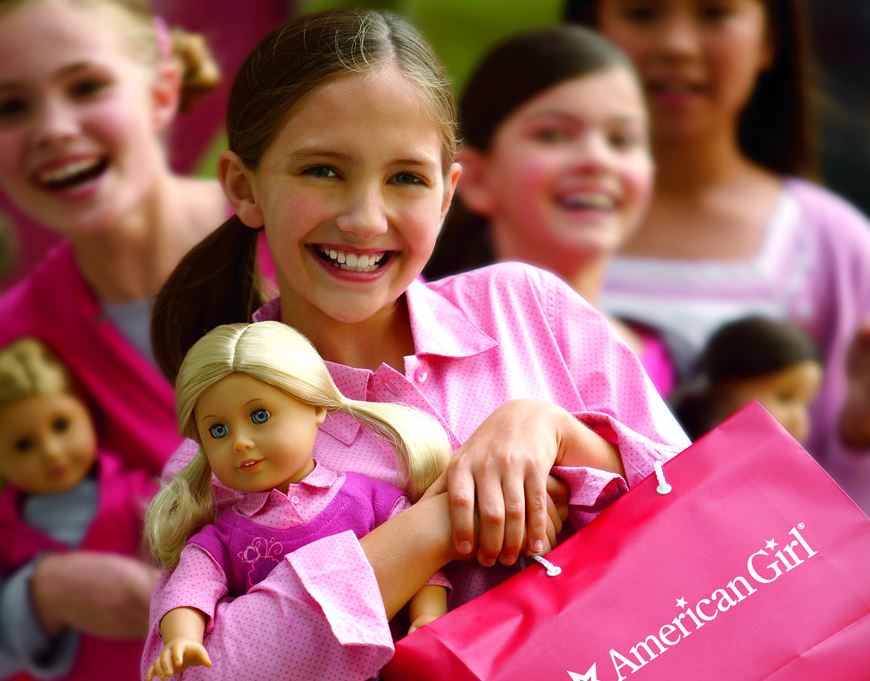 The other day the American Girl doll store at Minnesota’s Mall of America announced it would be closing its doors.

It’s been years since I walked through the store looking for gifts for some young relatives; nevertheless, I still felt a twinge of sadness over the news.

Even more disheartening, however, was the reason why the store is closing. According to reports, the company’s sales have been falling in recent years, a fact attributed to “young girls embrac[ing] smartphones or less-expensive dolls.” As a result, the company intends to retrench and regroup.

So why have American Girl Doll sales been falling? It could be attributed to smartphones or less-expensive dolls… but I have a hunch something else might be in play. To explain that hunch, however, may I take the liberty of telling how I ended up with my own American Girl doll?

To do so, I need to go back several decades to the early 1960s. My mother was a little girl who had fallen in love with a new toy on the market: Barbie. She was a bit young for the doll, but after much pleading, she finally convinced her father to take her out to buy one.

However, Barbie was so popular that by the time they made it to the store, the only doll left in sight was the one on display. It had been sitting there for a year or so, but as it was the only one, my grandfather convinced the store clerk to let him have it.

My mother enjoyed playing with that doll for many years. There was only one thing that bothered her. All the other little girls had Barbie dolls with stands that went under the arms. Her Barbie had a stand with two prongs that went up into the feet.

Fast forward several decades. I was in early grade school and had been introduced to the fledgling American Girl company through the Kirsten books, which, incidentally, started me on my reading career. We requested a catalog and drooled over the dolls and clothes in it but were aghast at the prices. I knew there was no way I’d ever own one of the dolls, let alone see one in real life!

Then my father was laid off from his job. To provide a little extra income, my parents dug through the attic and pulled out some old treasures, namely, baseball cards and the Barbie doll. My mother had loved that doll, but as an adult, she began to question if she really wanted to pass it on to her daughters, particularly with the ideals it suggested. In the end, she made a phone call to a local Barbie collector and asked if she would be interested in buying it.

At first the collector wasn’t that interested. But then my mom mentioned the holes in the feet and immediately the collector’s tone changed. In fact, she was ready to drop everything and COME GET THAT DOLL.

As it turned out, the Barbie my grandfather coaxed out of the display case 30 years before was a first edition doll. The five-dollar investment he made that day fetched a tidy sum of $600 the day my mother sold it.

My mom decided she wanted to do something special with a portion of this windfall. Having loved the history and appreciated the encouragement of wholesome girlhood that the American Girl Company promoted, she secretly ordered a special Christmas present.

On Christmas morning, I was passed a large package. Ripping off a corner of the wrapping paper, I saw a maroon colored box and read the letters A-M-E-R. I stared at it in disbelief as a shocked screech of delight rose within me. I didn’t know it then, but I had just received the most astounding Christmas surprise I have experienced to date.

So why do I tell this story in relation to the closing of another American Girl store? It’s quite simple, really.

Several years after I received my American Girl doll, there was a subtle change in the company’s output. No longer did it seem to convey the innocent girlhood image with which Pleasant Rowland had started the company. Instead, its dolls became more trendy, more committed to activism, and almost a symbol of bold feminism. In essence, they began promoting a similar message to Barbie – the dolls which had originally caused Pleasant Rowland to start American Girl as an alternative, as well as the doll my mother gave up to give me a different option.

Is it possible that the downward trend which American Girl is experiencing is driven in part by this change? In a world that continually sends activist and feminist messages, are parents and girls less likely to plunk down big bucks for more of the same? Would they be more intrigued by a company that promoted simple, straightforward, and wholesome girlhood once again?