Why One College is Making Cooking Class Mandatory for Chemistry Students 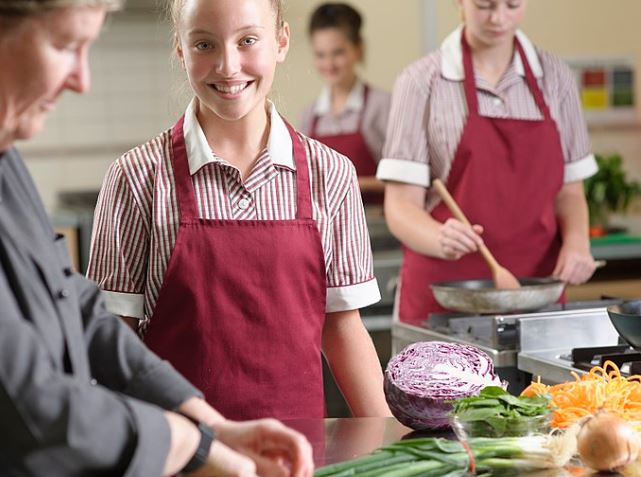 When I was growing up, my mom had my sister and me plan and make meals for the family from time to time.

I admit, my sister was much more creative with this exercise. She liked picking things with fancy names, such as “Celery Victor” or the German cookies known as “Pfeffernusse.” I, on the other hand, went for the practical dishes I knew were straightforward and a sure deal (i.e. chocolate chip cookies or good ol’ Minnesota “hot dish” – yes, that’s a thing).

We laugh about these varied selections now, but regardless of whether we picked the practical or the extravagant, we both learned how to cook. Apparently, that’s not something that can be said by a number who hail from our generation.

According to a 2018 survey, millennials excel at making basics like grilled cheese sandwiches or fried eggs. At 89 percent and 80 percent respectively, their high scores in creating these culinary dishes almost measure up to those of their parents in the boomer generation.

But the expertise gap lags a bit when branching out into other creations. For example, only 50 percent can roast a chicken. Forty-one percent know how to whip up salad dressing. When it comes to homemade bread, only 33 percent are proficient, while 32 percent know how to make apple pie, the all-American dessert.

What does this really matter? Sure, today’s young adults are a bit clueless when it comes to cooking, but they won’t starve. After all, that’s what meal kits, frozen food, and the grocery store deli are for.

But can a lack of cooking knowledge and skills hinder development in other areas?

A new experiment at the Imperial College London seems to suggest such is the case. The school has created a course, “Introduction to Culinary Practice,” and is requiring its first-year chemistry students to take it. Such a move is being made because instructors want their students learning to follow written instructions, be accurate and consistent, maintain a clean work environment, and receive “constructive criticism.” Summarizing these intentions, Guardian columnist Rhik Samadder notes:

The idea behind this course is that the practical skills required by cooking will be invaluable to a new generation of scientists. And I believe that’s true. …

Cooking is one of the best teachers I’ve known. Not only has it kept me sane and healthy, it has also got me more interested in the science of food and its preparation, despite being a chemistry brain-dud who thought an ionic bond was a Greek spy. Through cooking, I became interested in Maillard reactions and nasal receptors, fermentation, the hydrophilic-hydrophobic magic of egg yolks, denaturing proteins and the vibrational spectra of courgettes. There’s no reason this wouldn’t work the other way around – that booksmart students can’t develop their powers of observation, adaptation and hands-on ability by making chips or turning out a spotted dick [pudding].

Today’s parents have an earnest desire for their children to get ahead. To do so, they often shuttle their offspring around to soccer practice, science club, and after-school tutoring.

These extra-curricular activities are undoubtedly teaching children something… but is it possible they would learn even greater coordination, practical science, and plain old adulting skills if parents just kept them home and spent a little extra time with them in the kitchen?