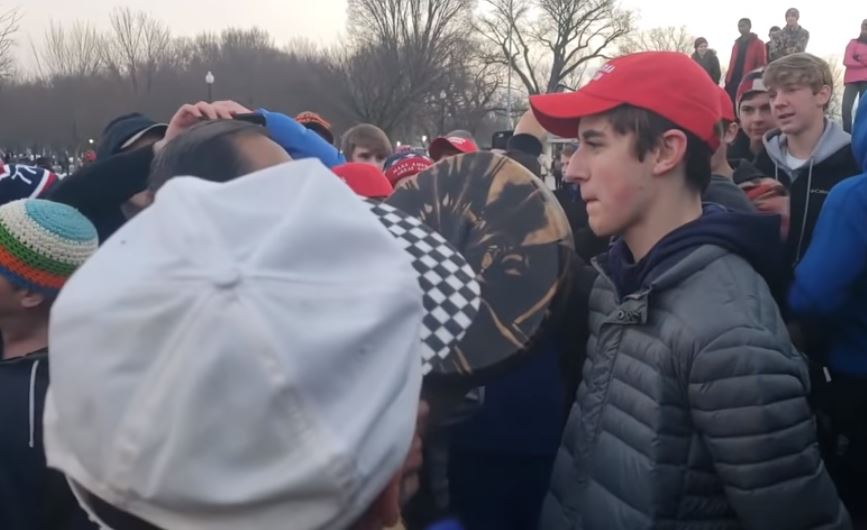 The story about the Covington, Kentucky Catholic school students, who, according the original story, allegedly harassed an elderly Native American who had fought in the Vietnam War on the steps of the Lincoln Memorial in Washington, DC after they had attended the March for Life, started out as a regular news story and then quickly transformed itself into a story about the story.

The regular news story supported today’s primary liberal narrative, but the story about the story that ended up completely subsuming the original story, supported the primary conservative narrative.

The primary liberal narrative has it that Whites are privileged and racist. The primary conservative narrative is that the liberal media lies to support its narrative–what has come to be called, “Fake News.”

When it was discovered through a full video viewing of the entire episode that the students were the ones being harassed and that the Native American had served in the Marines during the Vietnam War but did not actually fight in it, the original story crumbled, and the conservative narrative took over.

In fact, the Covington case may become the textbook case of Fake News, the one everyone points to whenever the mainstream media abandons its self-professed principles and reports the news as they would like it to be, and student Nick Sandmann the poster child of the costs of media hate speech.

The original–now discredited–story originated in an anonymous Tweet that could never constitute the basis of a story by any responsible news source. But, as New York Times columnist David Brooks has pointed out, “the social media tail wags the mainstream media dog.” Otherwise responsible reporters now routinely pass along stories from unvetted tweets if they have been widely retweeted.

A lie, when repeated often enough …

But it wasn’t only the liberal media that bought the lie. So strong is the liberal media narrative that many conservatives bought it too, and none more ignominiously than the people who were supposed to have the best interests of the students at heart.

They apparently didn’t pause to ponder the fact that hand-washing has an inglorious place in the history of Christianity.

As of this writing–even as most of those who uncritically passed along the original Fake News have recanted, the school and the two Catholic dioceses have failed to issue an apology to the students whose reputations they helped besmirch.

Their excuse for the wait? The school says it has employed a third party to clarify the events in question.

Gee, that’s nice. But why are they taking so much care now, when they took so little when it counted?