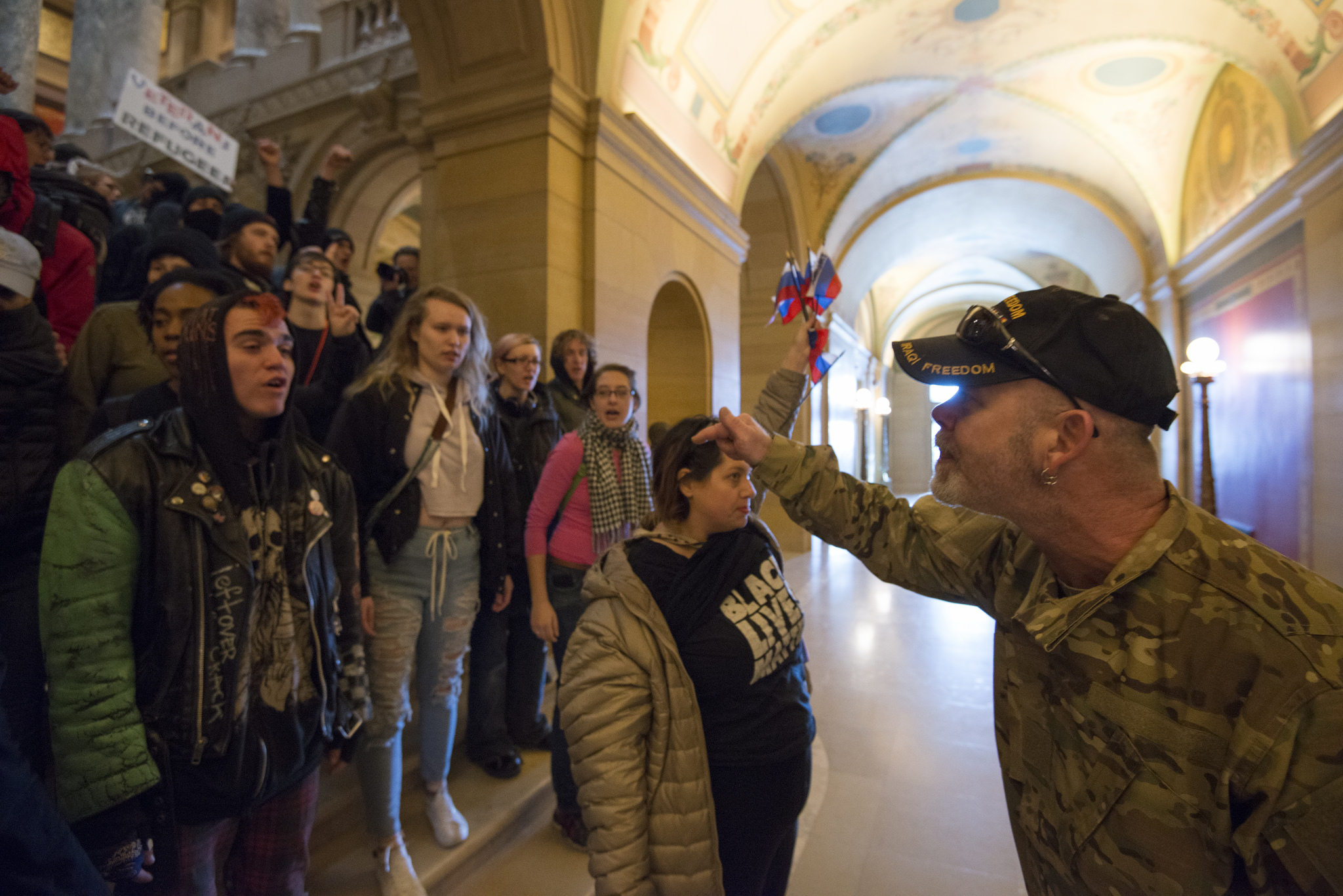 A few months ago, I was having a few beers with TAC managing editor Matt Purple, and we ended up pondering the great question of our times: why did people vote for Trump?

After tossing around the usual answers (a reaction against Hillary’s hawkishness, his carefully curated aura of success, post-industrial blue collar angst), Matt told me about an acquaintance of his whose vote for Trump was pure belligerence. His justification for his vote, as relayed to me by Matt, was something like: “Look around you. These people want us gone” (“us,” presumably, being straight, white, conservative, religious people). He knew Trump was a cad and a moron, but he didn’t care because Trump would fight for him. He wasn’t concerned about losing his privilege; he was concerned about losing his freedom and even his life.

Liberals, progressives, and Never Trumpers tend to dismiss these concerns as nothing more than white paranoia in a country undergoing massive shifts in values and demographics. They claim to have “proven” that racism was the primary motivator for Trump voters. What the Washington Post article that presents those findings breezes over, however, is that, for each of the poll questions, Democrats have moved as far or farther in the direction of “wokeness” over time as Republicans have in the direction of “symbolic racism.” The right is becoming more extreme and combative, but it’s not happening in a vacuum.

As Rod Dreher observed just a few days ago, “liberalism…does not intend to tolerate [conservative, orthodox Christians] for one more minute than it has to.” Anyone who doesn’t agree with the progressives’ increasingly radical beliefs concerning sex, race, and gender belongs on the ash heap of history, and the sooner those backward hicks can be banished there, the better. Conservatives’ continued existence in the public square is not just an annoyance, but an ongoing act of violence against women, minorities, and the queer community.

Once this viewpoint, held almost universally among academics, becomes widespread, there is an immediate rush to the fringes. Angela Davis, the radical black activist, once aligned herself with the most murderous dictators the world has ever known, provided criminals with guns so they could murder a judge, and called for, as one commentator approvingly puts it, the “total epistemological and ontological undoing” of American society. Fanon Jackson, another black activist, put it more plainly: “The government of the U.S.A. and all that it stands for, all that it represents, must be destroyed.”

Both of these quotes come from an academic article I read in one of my graduate seminars. As we discussed these would-be revolutionaries who, if they’d ever gained power, might have rivaled butchers like Stalin and Pol Pot, the entire room full of mostly white, middle-class students nodded along. What choice did they have? To suggest that Davis and Jackson might be a bit too radical would be to affirm their own privilege.

Elie Wiesel wrote, “Neutrality helps the oppressor, never the victim.” And while those words do have their place, in contemporary discourse they often have the effect of pushing people toward radicalism. Once you’ve accepted that your adversaries are not just wrong but genocidal in their very identities and attitudes, it becomes acceptable to use any means necessary to overthrow them.

I recently read a thread of tweets from a user with over 20,000 Twitter followers suggesting that white people are genetically predisposed to violence and oppression, “[j]ust like dogs are bred for temperament.” The simile is no accident. If a dog is too aggressive, you use training to “reprogram” it. If that doesn’t work, you put it down. When I expressed a traditional Christian view of sexuality (while also denouncing violence against gay people and expressing sympathy for them), another Twitter user told me I was no better than ISIS. We kill ISIS. With drones.

It is, of course, impossible to reason with the true believers, the ones who don’t even try to hide their bloodthirstiness. For them, any attempt at disagreement is not just an opposing opinion, but an act of violence, and even dignifying a less-than-radical viewpoint with a response constitutes a betrayal of the revolution.

At that point, there’s nothing left to say, except “When you come for me, I’ll fight back.” Lefties post about guillotining the bourgeoisie, and right-wingers respond with the helicopter emoji (a reference to Chilean dictator Augusto Pinochet’s penchant for throwing Marxists out of helicopters), as all middle ground rapidly becomes uninhabitable. And so we retreat to our armed camps, sharpening our rhetorical and literal weapons.