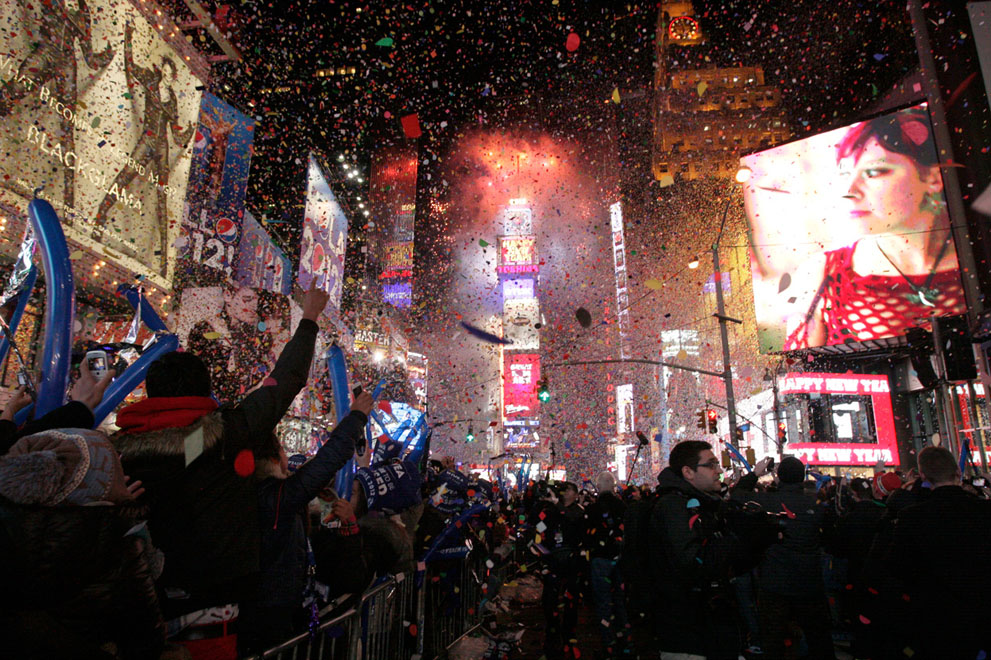 The New Year’s Eve celebration at Times Square will again this year feature John Lennon’s song “Imagine.” We thought this article, first published in 2017, would be worth revisiting today. Republishing it also affords us an opportunity to wish you a happy, healthy, and prosperous new year. Thank you for all of your support in 2018. We look forward to an even greater year ahead. —The Editors

I have a friend who is a retired public school teacher. She is very likable and in some areas an independent thinker. One day in conversation she brought up the terrible poverty and near-anarchy that prevails just on the other side of America’s southern border. It quickly became clear that she believed America was at fault, that America’s prosperity was somehow the cause of Mexico’s problems. When I asked her what the solution might be, she replied without hesitation that we should get rid of that border, and not stop there but get rid of all borders. Then, she said, people everywhere could live in peace.

If I could capture for you precisely how she said this, you would hear as I did John Lennon’s “Imagine” forming her thoughts:

Imagine no possessions
I wonder if you can
No need for greed or hunger
A brotherhood of man.

The simplest explanation of what happened to the modern progressive Baby Boomers is that they found for themselves a new national anthem, one they like much better than that old and out-dated one that asked them to be brave if they expected to be free.

When John Kerry in a commencement speech told college graduates they will live in a borderless world, he made it clear his muddled Marxist thinking—like my friend’s—is of the Lennonist variety.

In conversations with my progressive friends, I find they see America as the problem. They place their hopes in the world beyond America’s borders. When Kerry said America needed France’s approval to conduct foreign policy, his assertion made perfect sense to Lennonists. When Bill Maher said if half the country wants Trump as president then the United Nations needs to intervene, he spoke for American Lennonists everywhere.

You have to admit that American Lennonism has a certain logic. If America is the problem, then getting rid of America’s borders is an important and even an essential step toward a better world. But if America is not the problem, if America deserves to live, if there are still many Americans who want America to live, then not so much. And if getting rid of America turned out to be a mistake, it would be a mistake impossible to undo.

If you doubt that Lennonism has a powerful hold on the thinking and the imaginations of many in America, please consider this: “Imagine” has become the more-or-less official anthem played in the United States on New Year’s Eve.

I prefer “The Star-Spangled Banner.” To me, nothing expresses America’s uniqueness better than the fact that, as it is traditionally performed, America’s national anthem ends with this question:

O say does that star-spangled banner yet wave
O’er the land of the free and the home of the brave?

That question is actually a challenge. Our national anthem issues a challenge to every generation down to our own, reminding us of our responsibility to preserve the Founders’ gift.

I’ll ask you the same question: have we kept America the land of the free and the home of the brave?