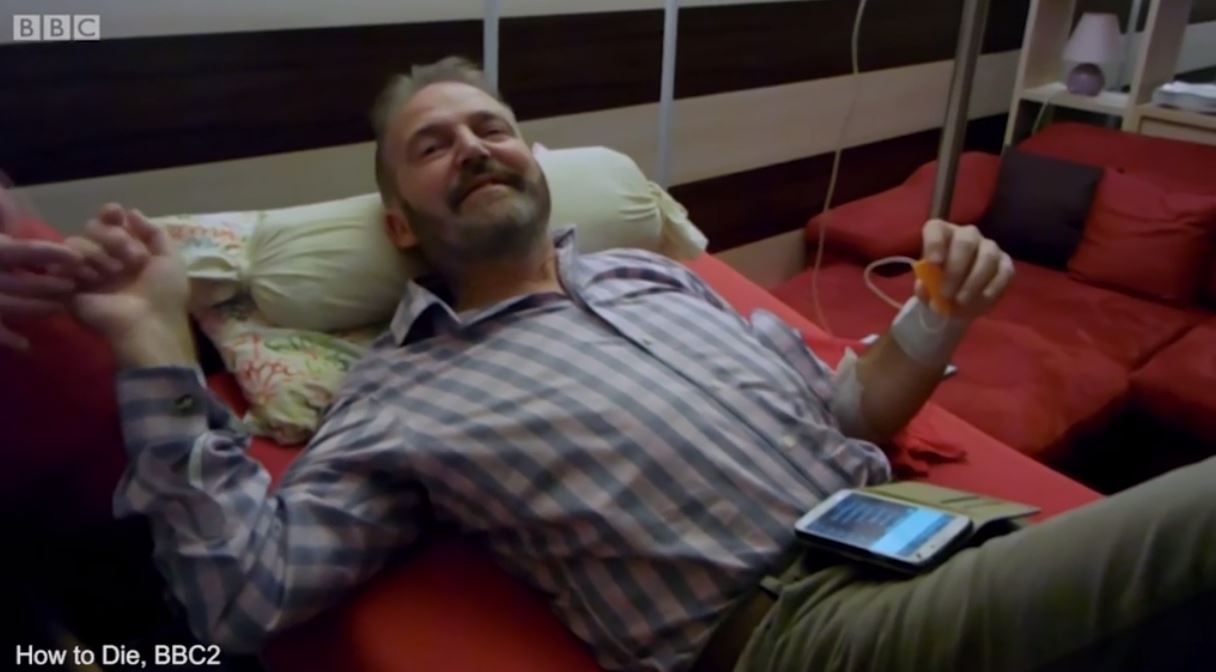 The journalist wife of a Sky News journalist has written a memoir chronicling her reaction to her husband’s one-way trip to a Swiss suicide clinic. Deborah Binner is bitterly critical of the decision her spouse Simon made to seek assisted suicide after being stricken with a fast-moving form of motor neurone disease.

She writes from an unusual perspective in her book Yet Here I Am, because she had nursed her 18-year-old daughter Chloë who died of cancer three years earlier. She observed that the two deaths were very different. After her daughter’s death, she found that:

“… a certain closure slowly arose in me; I knew I had left no stone unturned in an almighty battle to save her. And in the end, her death was soft, gentle, supported and at home. When she lay dying, I sat with her in my arms, stroking her little head with tiny tufts of hair.

“She told me she was happy. Unbelievably, for that moment, I was happy too. I touched on love at its very deepest level.

But her husband’s passing was quite different.

In contrast, Simon’s death feels unresolved. To me it felt angry, rejecting and abrupt. It felt a lot like a suicide. I think he genuinely thought that taking his life was courageous and that it would save us a lot of heartache seeing him spiral into full disability.

“I know that his intentions were entirely pure. But surely it is equally brave to live with an illness, a disability, to embrace vulnerability and to accept that none of us really has that much control.”

Deborah reluctantly accompanied her husband to the Swiss Eternal Spirit clinic in Basle in 2016 – along with a BBC film crew which made a documentary, How to Die: Simon’s Choice.

“While Simon’s turmoil had ended, in some ways mine was just beginning. I didn’t want Simon to suffer, but I didn’t want him to die, either. Watching him plan his own death, while I still wanted more time, was overwhelmingly traumatic.”

“My head understands the intellectual arguments and I find it hard to disagree with them. But my heart still says no. Should we not be kinder, more patient, more respectful of human life?

“Isn’t how we support the dying so central to who we are as human beings? And there’s a part of me that believes it’s better, if a person has the best possible care, to let nature take its course. Personally, I am absolutely fuming that my husband left me to fend in this world alone. That was not the deal.”

As a result of her experience, she is not an advocate for assisted dying. “I worry deeply about how people who are ill can lose the sense of mattering to other people. If there were the option of ending it all relatively simply, would they feel pressure to opt for that rather than become a ‘nuisance’?”