Meet the Father of One Thousand Kids 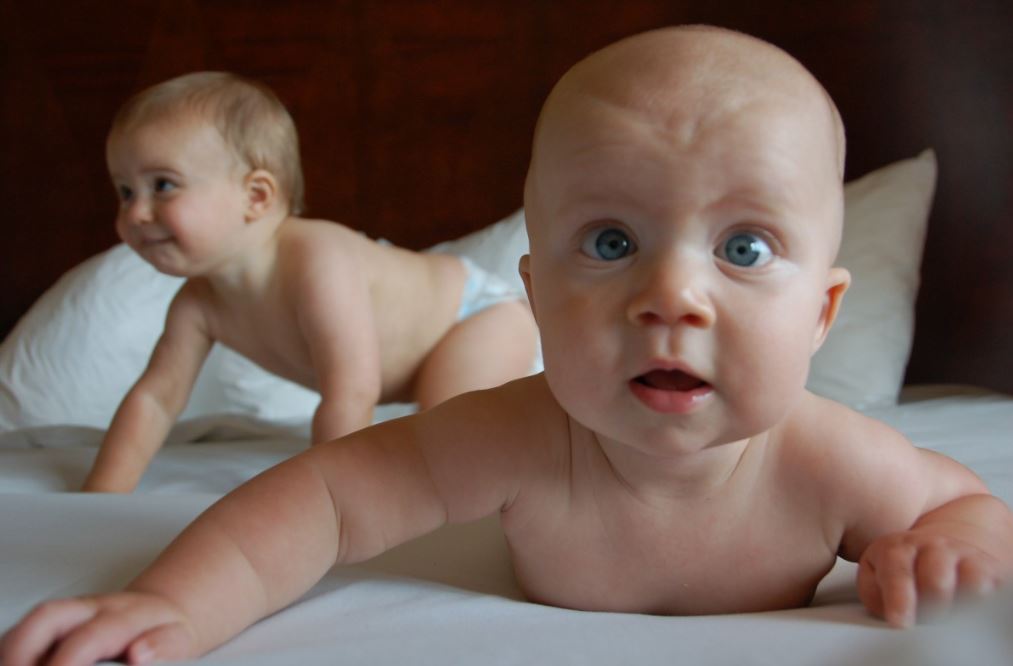 Another adventure in the reproductive revolution. Not long ago the news surfaced that a Dutch man may have fathered 1000 children by donating at three sperm banks over many years. The Guardian has helpfully tracked down this remarkable gentleman – who modestly estimates that the number is much smaller, around 200 — to find out what makes him tick.

It turns out that Louis, now 68, deliberately set out to create as many children as he could in the hope that someday, somehow, some or one of them would contact him. “I had started to think, ‘Who will remember me when I’m gone? Who will talk about me? Who will be my heir?’” he says. “I think our biggest fear in life is not to die, but to be forgotten.”

“Louis” is a pseudonym. Half of his portrait appears in a portrait of him with a daughter in The Guardian’s feature. His father was from Suriname and had African ancestry but was estranged from his Dutch mother. After spending his early years there, Louis moved back to the Netherlands. He dropped out of university, worked at a bank, and failed in a number of relationships. He felt that he must be a bit autistic because he found it hard to connect with people.

Then he made his plan. From 1982, for 20 years, he donated sperm three times a week to three clinics. One of them lied outrageously about his qualifications. “It said I was university-educated, that I was a boss at a bank and that I had no interest in being contacted by future children,” he says. His donations ceased in 2002, when he was in his 50s. It was time to wait.

In 2011, the plan began to bear fruit. Anonymous sperm donor twins appeared on television, pleading for their father to step forward. Cautiously, Louis obliged. Their initial meeting with his children was intense, but fulfilling.

Since then, others have contacted him after searching for genetic relatives through internet services. Up to now Louis has met 47 of the 57 children to whom he has been matched. One of them has made him his legal father. Others refuse to meet him again.

Does he have any ethical concerns? What if he had passed on a serious genetic defect? What about accidental incest in a small country like the Netherlands? What about the right of children to know their father? “There are bigger threats in this world,” he tells The Guardian. He sounds bored by these knotty questions. His main concern is leaving a legacy. He believes that his progeny must number about 200; a foundation which unites sperm donor children believes it could be as many as 1000. “The pharaohs built pyramids,” he says. “These children are my pyramids.”

Louis may be the most prolific sperm donor ever but he has had many predecessors. He is a post-modern Giacomo Casanova, with a soul so impoverished that he needs to substitute technology for human relationships. His case just underscores the phallic egotism of an unscrupulous male, amplified 100-fold by IVF.

There are others like Louis, especially men who donated before children started demanding to know more about their biological fathers. Two other Dutch men have become headline sperm donors. One has fathered at least 102 children by donating at 11 IVF clinics. Another, who prefers the old-fashioned way, hires himself out as a stud and has sired at least 114 children. A British man has created a website advertising his virility. A couple of years ago, he claimed to have 800 children.

It’s not uncommon for a sperm donor to father 15, 20, 25, 30 … children. If they donate to a clinic, they may have no idea how many, especially if their “product” is sent overseas. Most of the children will never meet their father. Often this is the cause of great anguish for them.

The United Nations Convention on the Rights of the Child guarantees that every child “shall have the right from birth … to know and be cared for by his or her parents.” Instead, IVF empresarios and even governments are creating sperm banks. But as the case of Louis shows, bringing life into the world irresponsibly is nothing less than a crime against humanity.