Why Women With Large Families Are Not Stupid 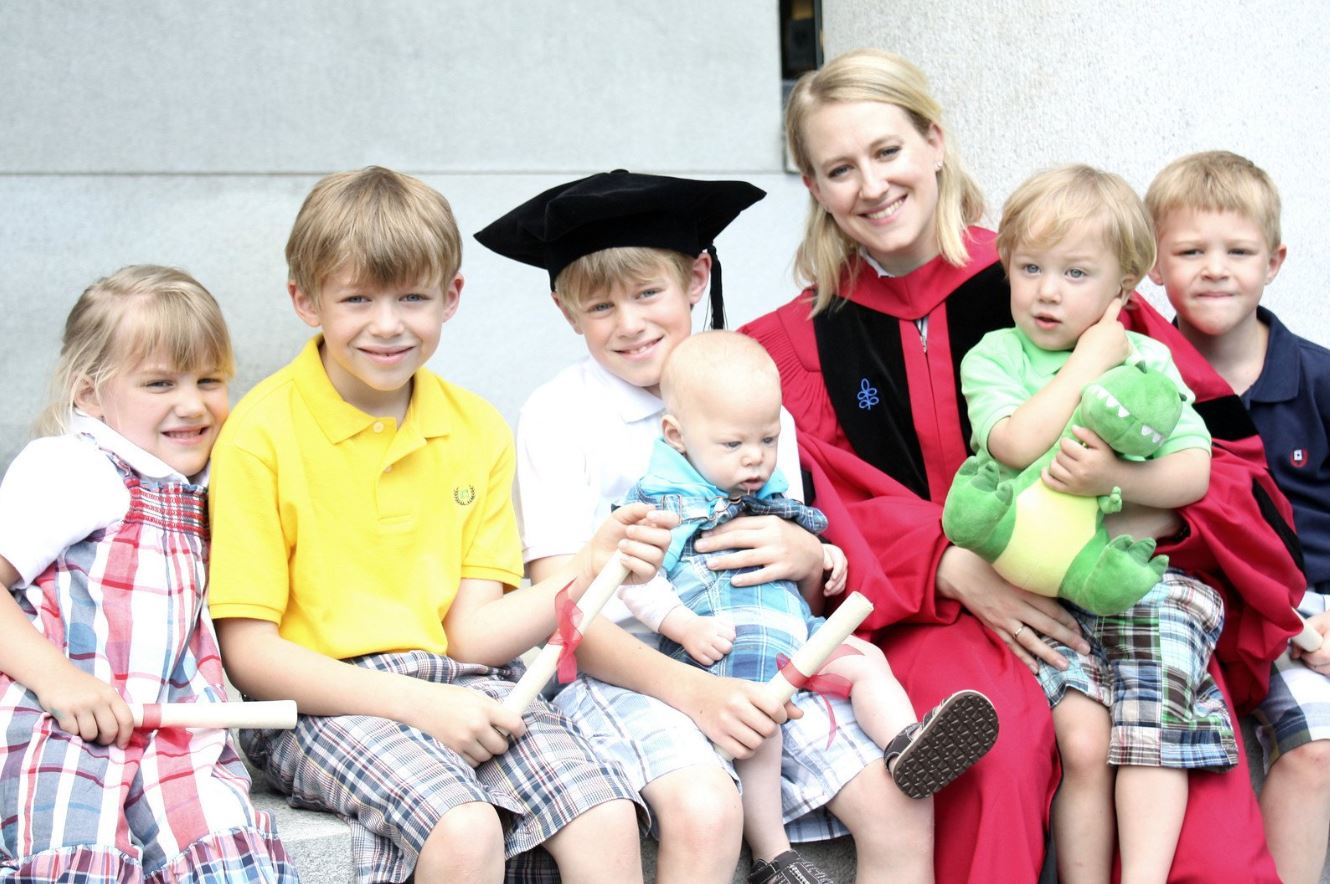 Have you ever heard the saying, “Don’t mess with Mama,” or even the snarky quip, “If Mama Ain’t Happy, Ain’t Nobody Happy”?

If so, it would appear you are ahead of French president Emmanuel Macron. He recently exhibited his ignorance about poking Mama Bear by stating the following at the Gates Foundation Goalkeepers Summit:

“I always say: ‘Please present me the lady who decided, being perfectly educated, to have seven, eight, nine children.”

Macron clearly didn’t realize how many of these women still exist, but mothers around the world are making their presence known. They are also making it very clear that mothers with large families are not ignorant Neanderthals.

The movement began when mother of eight, Catherine Pakaluk started the hashtag #postcardsforMacron on Twitter. Citing her impressive educational credentials she said:

And keep it going they did. Twitter is now full of smiling photos of large families, all birthed by mothers whose education experiences are nothing to sneeze at:

Unfortunately, Macron’s misstep is rather understandable. Many in today’s society are vocal supporters of education for women, but an education that often pushes marriage and children to the side. As a result, the women who are honored as trailblazers and glass-ceiling breakers are those who choose to have two, one, or even none marked down in the offspring column. Their work in the boardroom, the scientific lab, or the college classroom, it is thought, is far more influential and important than that of wiping snotty noses, getting meals, and overseeing homework.

Nothing could be further from the truth according to early American founder Benjamin Rush. In his Thoughts upon Female Education, Rush stated the following:

“A philosopher once said, ‘let me make all the ballads of a country and I care not who makes its laws.’ He might with more propriety have said, let the ladies of a country be educated properly, and they will not only make and administer its laws, but form its manners and character. It would require a lively imagination to describe, or even to comprehend, the happiness of a country where knowledge and virtue were generally diffused among the female sex.”

Rush’s support for female education was strong because he recognized the repercussions such education – or the lack of it – would have for generations to come:

“The influence of female education would be still more extensive and useful in domestic life. The obligations of gentlemen to qualify themselves by knowledge and industry to discharge the duties of benevolence would be increased by marriage; and the patriot–the hero–and the legislator would find the sweetest reward of their toils in the approbation and applause of their wives. Children would discover the marks of maternal prudence and wisdom in every station of life, for it has been remarked that there have been few great or good men who have not been blessed with wife and prudent mothers. Cyrus was taught to revere the gods by his mother Mandane; Samuel was devoted to his prophetic office before he was born by his mother Hannah; Constantine was rescued from paganism by his mother Constantia; and Edward the Sixth inherited those great and excellent qualities which made him the delight of the age in which he lived from his mother, Lady Jane Seymour. Many other instances might be mentioned, if necessary, from ancient and modern history, to establish the truth of this proposition.”

There are many well-educated women who are using their talents in corporate offices, governmental positions, or other successful careers. But is it possible that these impressive positions are actually hindering an even greater growth of their influence, an influence that would multiply with every child to whom they passed their knowledge, expertise, and love?