The PC Crowd Goes After the Honored Dead 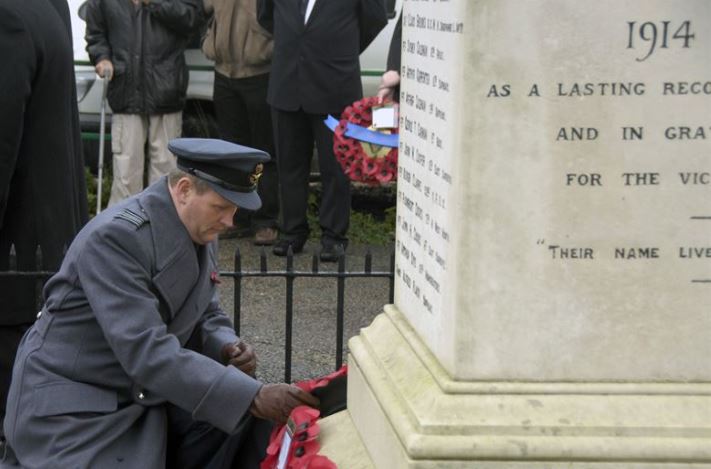 I recently picked up an old novel by author Maud Hart Lovelace entitled Emily of Deep Valley. Having read Lovelace’s celebrated Betsy-Tacy series for children and young adults a number of years ago, I expected a fun, carefree story that would offer a reprieve from heavy reading.

But while the story was an easy read, it wasn’t as fluffy as I expected. In fact, I found myself noticing many intriguing parallels and contrasts between the book’s setting of 1912 and life today. One of the first was the treatment and respect for the dead, particularly those who lost their lives fighting for the country.

The book’s opening chapters describe the small town’s excitement over Memorial Day – known at that time as Decoration Day. The festivities honoring war veterans are attended by great and small, and the graves of those lost are carefully tended and decorated with spring flowers. Although there is one complainer in the midst, the whole day is permeated with an atmosphere of respect and gratitude for those who gave so much for freedom.

I thought of this scene when I ran across news of a kerfuffle in Cambridge, England over the upcoming “Remembrance Sunday,” a holiday akin to Veterans Day in the United States. According to media reports, students at Cambridge University vetoed attempts “to promote Remembrance Sunday” at the university. The rationale for this move, students claim, is to discourage conflict and the “glorification” of warfare:

“The move came after an amendment was voted through, which noted the efforts of various organisations to ‘reshape remembrance away from glorification and valorisation of war’ and to campaign ‘against militarism”.

Instead, Ms Swain argued that ‘all lives lost and affected by war’ should be commemorated and that students should be encouraged to engage in ‘productive criticism’ of war.

She said she wanted to ‘reflect the status of the University as an international institution” and argued that it was ‘vital that we recognise all different background and don’t just focus on British war veterans’.”

I can appreciate the fact that Ms. Swain does not want to glorify war; war is terrible and brings many negative consequences which ripple down through the ages.

But does such a mentality require all remembrances and honoring of those who gave their lives to be pushed aside? Have we grown so fixated on inclusivity as the overriding form of patriotism that we can’t face the past and provide praise and respect to those who gave everything they had?

In the early 1900s, the Honorable Hugh Gordon Miller noted:

“I do not believe in forever dragging over or raking up some phases of the past; in some respects the dead past might better be allowed to bury its dead, but the nation which fails to honor its heroes, the memory of its heroes, whether those heroes be living or dead, does not deserve to live, and it will not live….”

Whether in England or the US, the modern trend is to be ashamed of the heroes of the past instead of honoring them. Is Hugh Gordon Miller right that as a nation we don’t deserve to live?