A Morning with Big Brother 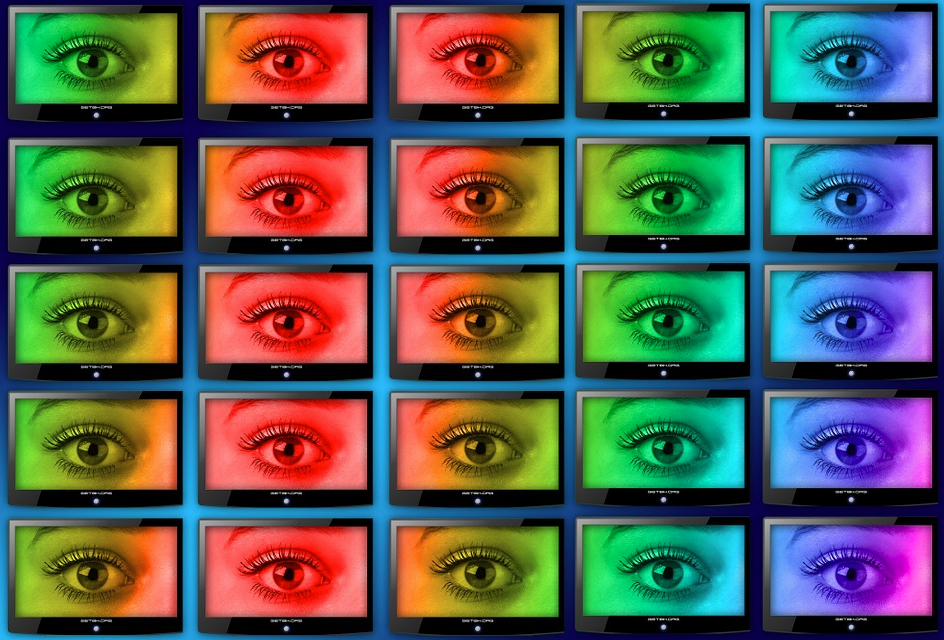 I have long since broken the habit of watching television. We don’t have TV in the house and I relish all the good things that fill the time that would otherwise have been wasted in watching it: Conversation; unhurried dinners at the table with my wife and children; conversation; reading books with my daughter; reading books in the solitude and comfort of my favourite armchair; conversation; watching the chickens and ducks from the deck; sipping bourbon on the deck as the light falters at the end of another God-given day; conversation.

No, I don’t watch television anymore, though I sometimes see it at the gym, or in hotel rooms, or during airport layovers. This is, in fact, being written during a long layover at Dallas-Fort Worth airport, during which I have had little option but to see what’s on TV, even if I have no desire to do so. TV screens are everywhere, seemingly omnipresent; difficult to avoid; gatecrashing our minds and demanding our attention, whether we want it or not; techno-rapists which force themselves upon us. A little earlier, as I endeavoured to eat lunch in a restaurant, it had proved difficult to avert my gaze from a screen which kept showing an image of happy people helping each other, with the caption that we are all “citizens of the world,” a phrase which has become a mantra among those who see globalization as an infallibly benevolent force. Having paid my bill, I set out to walk from one terminal to another, partly to walk off my lunch and partly to escape the unwanted attention of the maddeningly repetitive screen that had spoiled the solitude of my repast.

As I walked past departure gate after departure gate I kept seeing the latest “news story” on CNN about the disaster that awaits the United Kingdom if the British government goes through with Brexit. I wasn’t watching the TV and couldn’t hear what the “expert” was actually saying but I couldn’t help seeing the tagline conveying CNN’s propaganda spin: “Disaster Will Follow Brexit by Any Measure.” I walked past the TV screen but it was there at the next departure gate conveying the same propagandistic tagline. It’s the end of the world if Britain goes through with Brexit. The end of the world. And this is not merely a danger, or a possibility, it’s a dogmatic certainty from whatever angle you look at it: Disaster … by any measure.

Although I couldn’t actually hear what the “expert” was saying, I nonetheless know what she was saying. It would be the same doggerel. National sovereignty is outmoded and unsustainable; a healthy economy demands the surrender of sovereignty to monolithic mega-political entities, such as the European Union, as an inevitable and inexorable stepping-stone towards a globalist world order where we will all be happy “citizens of the world.”

One wonders what political freedom the individual “citizen of the world” will have when all the major decisions which affect his life are being made by a globalist authority. Who will hear or heed the voice of the individual, the little man, when his is but one voice in an electorate of several billion? Who will heed his little life, in his little local area, when all the power has passed into a globalist government which has been set in place by the most powerful entities in the world: global corporations and international financial institutions?

This ultimate scenario was one of the main concerns of the British people when they voted for Brexit. Although they were warned throughout the referendum campaign that economic disaster awaited them, they showed themselves willing to take the risk in order to regain their political freedom from an endemically corrupt political monolith which had treated their concerns with continual and continuing contempt. Economic disaster has not happened but they are still being told that it is inevitable unless they repent and hand themselves over once more into the iron grasp of the embryonically globalist European Union. What is needed, the “experts” tell us, is another referendum so that the British can beg to be forgiven for the sin of demanding independence. What is needed is their return to the shackled fold, with their collective tail between their legs. If they do this, all will once again be well; if they refuse to surrender, the threat of disaster will follow.

It is, of course, very likely that the “experts” are playing the role of the little boy who cries wolf. They are spreading alarm through the telling of lies, the telling of damned lies, and through the manipulation of statistics. It is very probable that economic disaster will not follow Brexit. But even if the “experts” are proven to have been right, the risk was still worth taking because some things are more important than the value of the pound or dollar in our pockets. Some things are worth the sacrifice of material comfort. Neither political sovereignty nor the soul should be sold for thirty pieces of silver.

Such logic means nothing to the “experts,” the servants of Big Brother, who, like Oscar Wilde’s cynic, know the price of everything and the value of nothing. They put no value upon freedom because it can’t be calculated in econometric terms. Freedom has no place on a supply and demand curve. It doesn’t contribute to the gross domestic product. It has no value because it has no price. But, and here is the crux of the matter, it has no price for the simple reason that it is priceless.

This article has been republished with the permission of The Imaginative Conservative.