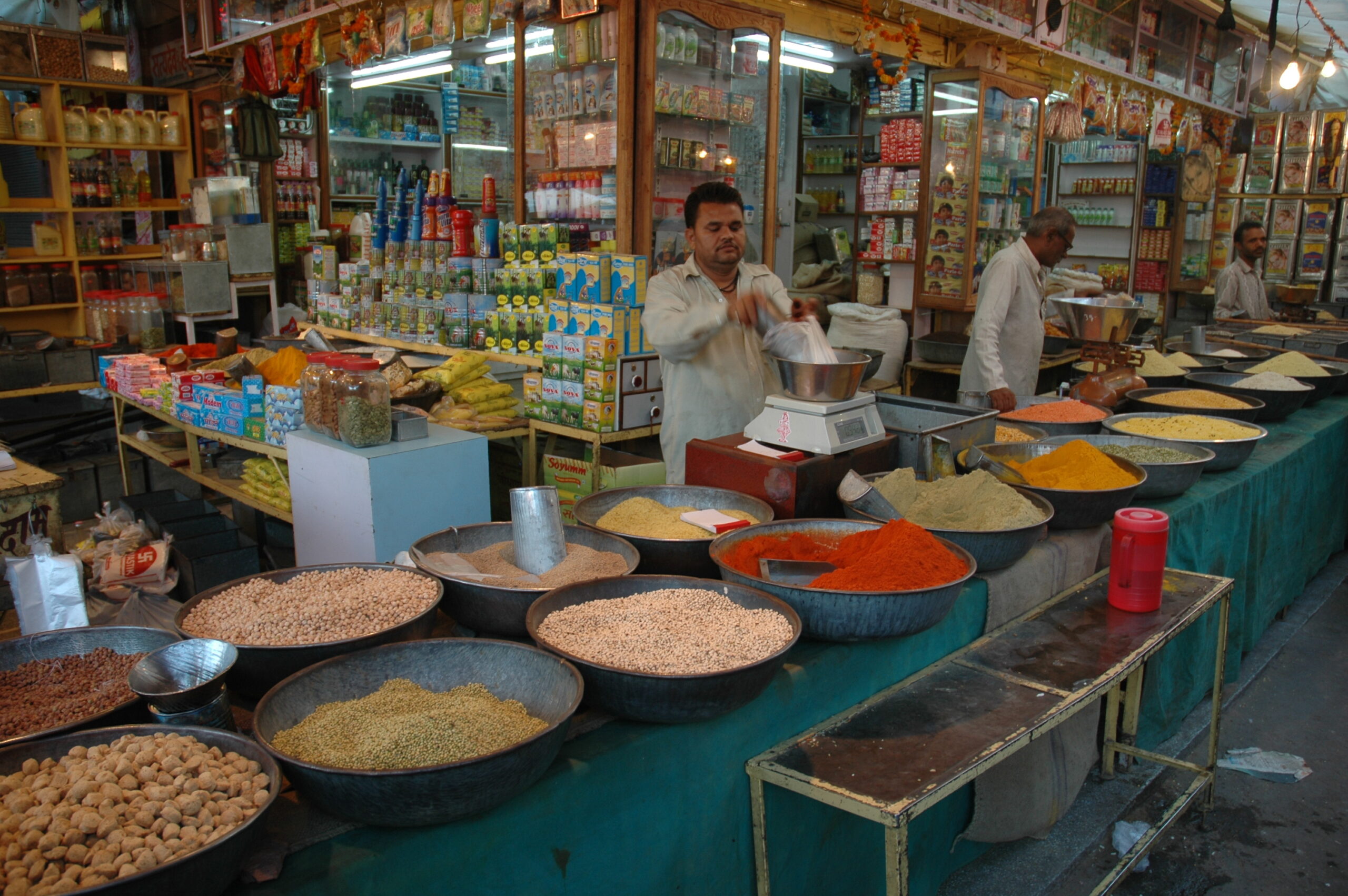 Everyone is taught to believe that gigantic retailers are the most efficient distributors of goods to the general public. Small stores may be able to fill tiny niches. They may be quaint and picturesque. However, only the gigantic retailers have the capital and economy of scale to offer everyday lower prices and variety to the consumer.[1] Indeed, even huge retailers will soon be overwhelmed by online giants like Amazon. The future is bigger and bigger, offering more and more, quicker and easier.

However, there is a micro-business model operating in a huge market that is demolishing this myth of bigger. It is almost medieval in its simplicity and design. The Wall Street Journal (May 29, 2018) reports that in face of this tiny mouse, mighty Walmart has quivered and abandoned plans to enter the market. France’s massive Carrefour supermarket chain came and left the field. Other giants have tried to break through, but they also experienced humiliation and defeat. Even Amazon’s grocery service is shaking in fear.

The name of this tiny, victorious model is a kirana. And the vibrant market is India’s 1.3 billion people with their rising incomes. Kiranas are small family-run shops and venders found on every city street in India. They are usually the size of a one-car garage and their walls are lined from top to bottom with an amazing variety of goods. These mom-and-pop wonders control 90 percent of the nation’s retail market. Despite repeated attempts to break their hold, giant retailers have hardly put a dent in their market share.

The secret to the kirana’s success is scale. They cannot compete with the huge economy of scale enjoyed by giant retailers that buy massive amounts of goods cheaply. However, they save money on their smallness. They have little overhead. They employ family members and pay lower wages for other help. Usually there is little or no rent involved since the shopkeepers may own their small properties. Their volume of sales insures they have little or no inventory expenses.

Thus, their overhead costs are half that of major supermarkets. With these advantages, kiranas will often undercut the prices of the giant retailers.

The Kirana as Personalized Service

However, price alone is not the only factor contributing to the kirana’s popularity and economic muscle. Most Indians prefer the kiranas because they are local and convenient. They cater to the surrounding neighborhood, making shopping easy and close. They offer instant delivery by local boys who know the area well. Customers can expect interest-free credit extended by obliging merchants who know and trust them.

Even more attractive to the shopper is the personalized service. Merchants know their customers by name and inquire about their families. They will go the extra mile to make sure their neighbors are happy. They will often customize an order by delivering five eggs, for example, rather than the standard dozen.

No super-retailer can match their personal service and solicitude. Many modern consumers have given them up for lost.

An Expression of Culture

Nor do these shops offer a bland selection. Some kiranas will have a thousand different items on their shelves. They can buy from local suppliers without complicated procedures, excessive regulation, or large volume commitments. Merchants can measure closely what sells and what does not. Thus, the shops are able to express the popular cultural products that reflect the area.

This cultural aspect cannot be underestimated. The charm of a local shop makes it loved and remembered. Every kirana is unique and personal. The human touch that is lacking at the big stores cannot be bought and sold like merchandise. It must be freely given. The kirana man, as the merchant is be called, gives this human touch freely by establishing personal relationships with those around him. He is part of a strong neighborhood community. He may be part of a long-established tradition of buying and selling that spans generation.

At the same time, this cultural element does not cause stagnation. Like all good business models, kiranas are highly adaptive. They are not locked into the past. Thus, for example, kiranas now accept e-payments to facilitate changing times and shopping habits. They interact with customers through specialized apps. Their localized delivery system is so good that they will deliver or hold packages for larger firms—even Amazon.

Kiranas Thrive in a Globalized Economy

Of course, the example of the kirana is not for every nation or market. What makes kiranas possible are their supporting social structures. They work because the social institutions of the family and neighborhoods are extremely strong in India. They may not work in America, where community bonds have eroded, and conditions thus favor the Walmart model of a highly mobile and individualistic society.

The lesson of the kiranas is that culture matters in economy. The transformation of almost all American retailers into massive distributors of goods was made possible by major changes within the culture. Unfortunately, this model tends to destroy the personalized and customized benefits of smaller-scale retailing. Such modern retailers lose that human touch and favor a model that leads to the frenetic intemperance of instant gratification.[2]

Kiranas prove that it does not have to be that way. Highly personalized kiranas are organic models that not only exist but thrive in today’s highly globalized world. They can compete and even undercut the mammoth companies that are supposedly the future of markets. These micro-enterprises are not quaint leftovers from a past era; they are the dynamic and efficient powerhouses of Indian commerce.

The key is not the business model but the supporting social structures. Not everything needs to be small. Versatile social institutions can give rise to an economy with small, medium, and large retailers, working harmoniously to satisfy markets. When a social order favors the development of families and communities, corresponding business models also appear. The myth of “only gigantic” needs to be contested. What better example than the case of the kiranas that roared and defeated Walmart.

This article republished with permission from the Imaginative Conservative.