Christopher Robin and the Value of Doing Nothing 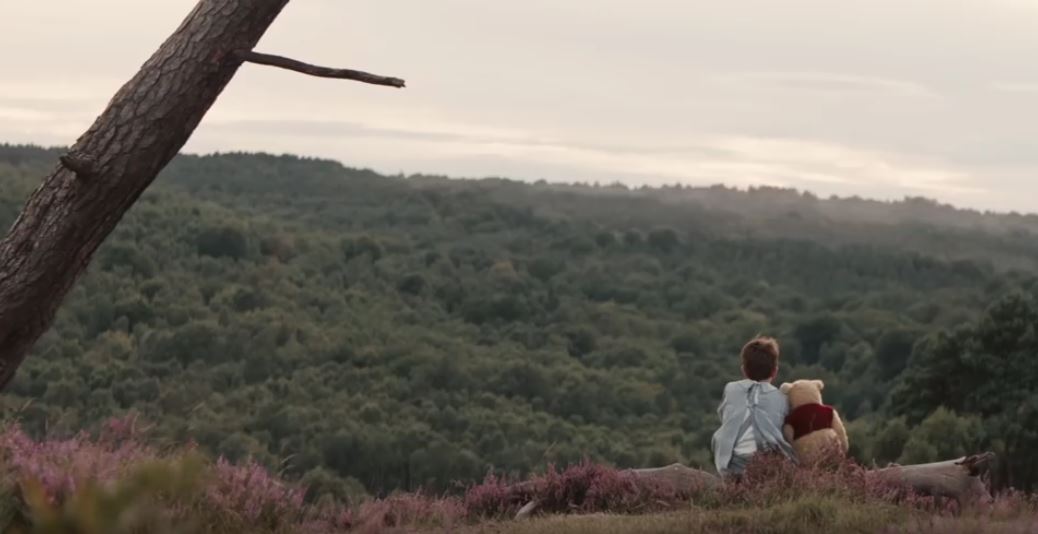 “I remember one morning, all blue and silver, in the summer holidays when I reluctantly tore myself away from the task of doing nothing in particular.” —G.K. Chesterton, “A Piece of Chalk”

Watching the new Disney movie Christopher Robin, I was amazed by its timeliness—and not just in the sense that it’s idyllic summer entertainment. This sequel to A.A. Milne’s Winnie-the-Pooh stories extols the values of contemplation, friendship, and gratitude in a world which prioritizes efficiency and the bottom line. It is a curative for a society drowning in busyness.

The film envisions the grown-up Christopher Robin as a harried corporate executive and family man in post-World War II London. With his life in crisis—the company he works for is on the rocks, his wife and daughter resent his absence from their lives—Christopher is unexpectedly visited by his childhood friends, Winnie the Pooh and the inhabitants of the Hundred Acre Wood. Through them Christopher recovers the innocence of childhood, the spirit of play and capacity for wonder that he has lost with the years.

This is shown to be true when, at the end of the film (spoilers ahead), Christopher gets a brainstorm for how to save the company. The plan doesn’t involve laying off employees, as expected. Instead, it brings everyone together for a weekend of well-earned leisure.

In contrast, Christopher’s boss’ mantra is “Nothing comes from Nothing.” “Dreams don’t come for free. You have to work for them.” In London, Christopher is trapped in a society where human beings are valued only for their functions, like cogs in a machine. The boss forces Christopher to cancel a weekend holiday with his family in order to crunch numbers at the office.

But as Chesterton and the Christian tradition remind us, God made the universe out of nothing; life is a free gift. “Doing nothing”—leaving room for enjoyment and contemplation—is the precondition for great inspirations and deeds. “Sometimes when I’m going somewhere and I wait,” declares Pooh, “somewhere comes to me.”

Christopher’s drab, gray-flannel-suit existence is enlivened when he rediscovers the life of the imagination. It’s at the moment he begins to play—killing an imaginary “Heffalump” that his animal pals believe is threatening them—that the animals suddenly recognize him.

At first Christopher’s daughter seems to be following in his footsteps, overworking herself to get into an elite boarding school. (We even see her copying out “Nothing comes from Nothing” into her school notebook.) But after encountering her father’s animal friends, she too discovers the value of fantasy and play. And Christopher in turn realizes that his family is more precious than worldly ambition.

Are these lessons those of us in a fast-paced world need to learn? Is it time we realized that kicking back and “doing nothing” isn’t necessarily laziness, but rather the much-needed pathway to rest and restoration of mind and relationships?