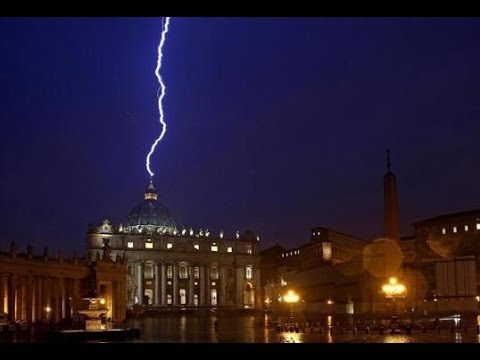 Can you imagine a worse job than being in law enforcement with the duty of investigating cases of child sex abuse? How that must leave a person permanently scarred in soul and mind – and how that person must burn with a desire for justice.

A few weeks ago, Pennsylvania Attorney General Josh Shapiro went public with the Pennsylvania Diocese Victims Report that detailed horrific pedophilia and pederasty by priests against primarily young men and boys. This report reinforced the worries of Catholics that the McCarrick sex scandal, which broke a few weeks earlier, was just the tip of the iceberg.

After a 2-year grand jury investigation, here is what they found:

As disturbing as the sexual abuse details are, what is in some ways even more troubling is that men in positions of authority and trust within the Catholic Church cared more about protecting their images than protecting the most vulnerable. Instead of defrocking these priests and immediately turning them over to law enforcement, Bishops and other leaders within the Catholic Church simply moved these predators around to unsuspecting parishes – sometimes even in other states. You can read the entire 884-page report here.

When you read that report and listen to Shapiro, it is clear that this man has looked into the pit of Hell and he burns for justice.

Therefore, it should come as no surprise that Shapiro has jumped into the newest twist in the sexual abuse scandal engulfing the Catholic Church: The Viganò Testimony.

On August 25, 2018, former-Papal Nuncio Carlo Maria Viganò, who was quite high in the hierarchy of the Vatican, poured a dump truck’s worth of gasoline on the already raging fire that is the sex-abuse scandal. His 11-page testimony claimed that he personally informed Pope Francis about McCarrick’s sexual deviancy as early as 2013. Furthermore, Viganò argues that not only did Pope Francis know and not do anything, he actually used McCarrick as a counselor and sent him globetrotting.

When asked directly whether or not he knew of McCarrick’s foul deeds, Pope Francis stated that he “will not say a single word” on the topic. You can watch the video below:

In response to questions from members of the media, Attorney General Shapiro has stated that he has evidence that links the sexual abuse cover-ups in Pennsylvania to the Vatican, but not Pope Francis directly. USA Today reports:

The firestorm surrounding Pope Francis over allegations of sexual abuse by priests grew more heated Tuesday when Pennsylvania Attorney General Josh Shapiro said he had evidence the Vatican was aware of efforts to cover up sexual abuse in his state.

Shapiro, who acknowledged he could not link the cover-up directly to the pope, last week issued a bombshell report accusing at least 300 Pennsylvania priests of sexually abusing more than 1,000 victims over seven decades. Shapiro accused church leaders of transferring accused priests to other parishes and pressuring victims not to report alleged crimes.

‘We’re seeing institutions … putting their own institutional reputation above the welfare of children,’ Shapiro told the “Today” show Tuesday. ‘We will not tolerate that in Pennsylvania.’

Shapiro spoke two days after the pope was slammed in an open letter released by a former Vatican ambassador to the United States. Archbishop Carlo Maria Viganò called for the pope’s resignation, saying Francis knew about accusations of sex abuse against Washington Cardinal Theodore McCarrick for years before obtaining his resignation last month.

‘In this extremely dramatic moment for the universal Church,’ Viganò said. Francis ‘must acknowledge his mistakes and, in keeping with the proclaimed principle of zero tolerance, must be the first to set a good example for cardinals and bishops who covered up McCarrick’s abuses and resign along with all of them.’

For better or for worse, this crisis will not end quickly. Reportedly, Illinois, Missouri, and New York are contemplating grand jury investigations of Catholic sexual abuse and cover-ups. If those investigations happen and they are joined by other states, eventually the federal Department of Justice will likely get involved. For many coming years, we will likely be exposed to new and horrific evidence of widespread networks of sexual predators and Church leaders covering them up.

Obviously, the damage to the Church is immense; trust and respect are difficult to earn, but easily lost. And in this case it will be a very long time before the Catholic hierarchy as a whole has re-earned the trust and respect of the laity, let alone the general public.