Why It’s Okay That the Constitution Isn’t Perfect 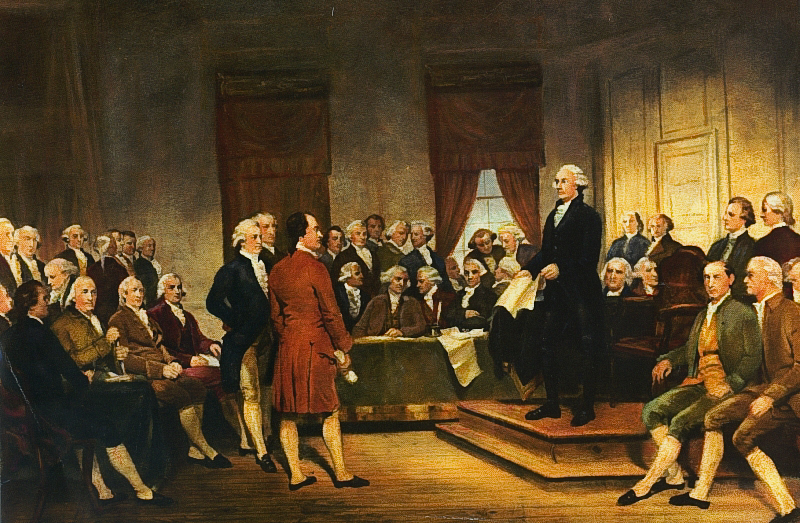 In the current political climate, it’s not that unusual to hear the American Constitution maligned. Despite this fact, I was still surprised to hear the Constitution referred to in an article as a “janky” and “antiquated” document which is “falling apart before our very eyes.”

No one would assert that the Constitution is perfect. Not even the founders themselves thought it was, as evidenced by the following quote from Benjamin Franklin:

“When you assemble a number of men to have the advantage of their joint wisdom, you inevitably assemble with those men all their prejudices, their passions, their errors of opinion, their local interests, and their selfish views. From such an assembly can a perfect production be expected?”

But while imperfect, is the Constitution a problem?

The Constitution was written after the Articles of Confederation proved a miserable failure. At the time, riots were breaking out across the country and states were battling amongst themselves. The federal government was unable to resolve the issues.

Recognizing this, the states formed a convention to discuss the problems of the Articles. This assembly, called the Constitutional Convention, was arguably the most important in American history.

In a lecture given to the students and faculty of Thomas Aquinas College, the late Supreme Court Justice Antonin Scalia described the members of this convention as acclaimed scholars and well-recognized leaders on a global scale, an assembly of rare quality.

The delegates met nearly every day for four months. Delegates had widely different opinions on government structure and operation. They argued and disagreed. They persuaded and lectured and compromised. They were determined to establish a government fit to govern the American people.

These revolutionary circumstances led to the revolutionary document which is our Constitution, a document wrought out of many personal compromises. As Justice Scalia notes, “None of [the founders] thought the constitution was exactly what he wanted.”

Benjamin Franklin himself expressed that he did not entirely approve of the Constitution:

“I confess that I do not entirely approve of this constitution at present, but Sir, I am not sure I shall never approve it: for having lived long, I have experienced many instances of being oblig’d, by better information or fuller consideration, to change opinions even on important subjects, which I once thought right, but found to be otherwise. It is therefore that the older I grow the more apt I am to doubt my own judgment, and to pay more respect to the judgment of others.”

Franklin’s words reflect the spirit of the convention. He obviously had his own ideas. However, he trusted his fellow delegates and admitted that they might indeed know better than he. He was ready to change his position if someone could prove him wrong. That spirit of humility and sincerity allowed the Constitutional delegates to forge a nation dedicated to liberty and equality.

In short, the Constitution is not perfect. However, it is not “janky”—it is our triumph: born of a conviction that intelligent and sincere minds working together would create a document fit to govern a free people.

We are citizens of a nation founded by people willing to engage in intelligent and honest debate. Our predecessors were willing to hear other people’s arguments, and ready to admit when they were wrong. Admittedly, they got some things very wrong. But let’s not throw the baby out with the bathwater. We can learn a lot from the way they approached politics.

If the great men of that time could produce such a remarkable document as our Constitution, what marvels can we achieve in these times if each of us adopts their humble and sincere approach to politics?