Portland: A Preview of Civil War? 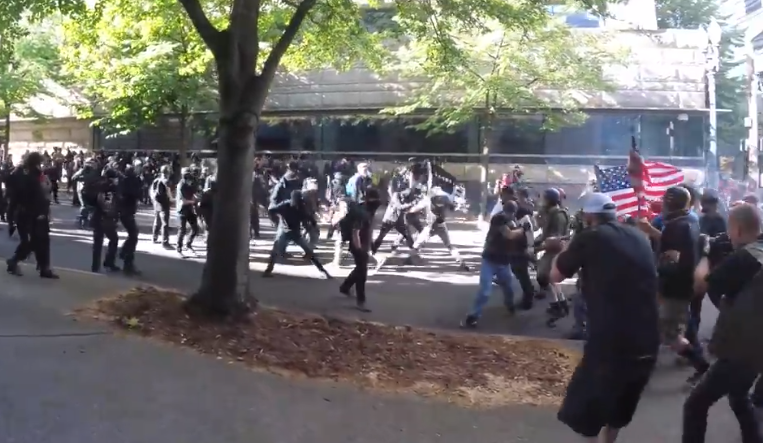 Last week, Rasmussen Reports released a poll that revealed 31% of Americans think a U.S. civil war is likely soon. 59% of all voters are concerned that “those opposed to President Trump’s policies will resort to violence.”

Once the Patriot Prayer group began the march, they were attacked by Antifa in the typical all-black outfits the group prefers. From the video below, it looks like Antifa started the fight, but didn’t finish it — something that would disappoint old-school dads and grandpas across the country. And, as we’ve seen in far too many of these clashes, the police mostly stood to the side.

Here’s another angle of the fighting:

As we get closer to the mid-term election in November, we can expect the violence to escalate. Indeed, the Antifa-led violence we saw during the 2016 presidential election will probably pale in comparison to what is coming.