Les Miserables: What Permit Patty’s Outburst Can Teach Us About Mercy 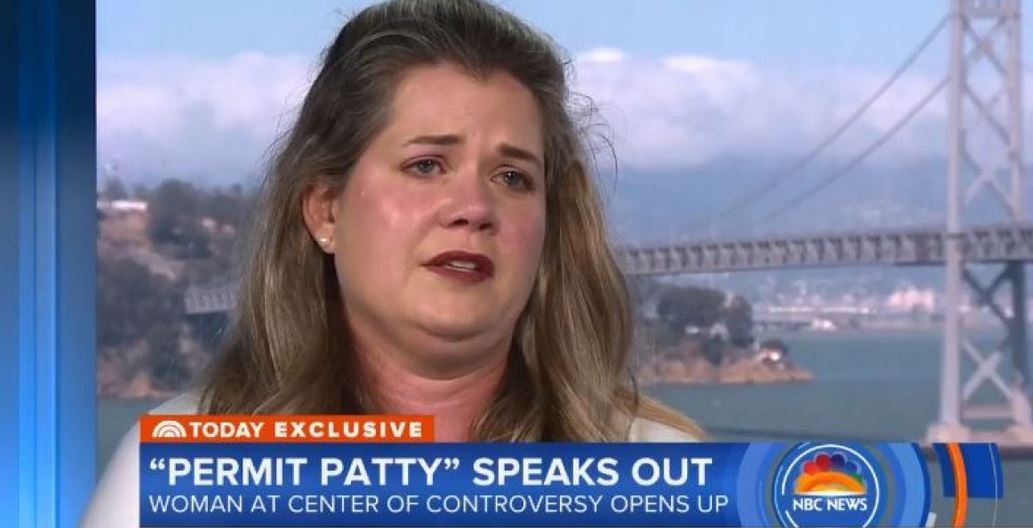 Meet Permit Patty (real name: Allison Ettel), the allegedly racist and anti-entrepreneur terror of the streets. She was recently recorded calling the cops on an 8-year old. Within hours, Permit Patty’s face was all over the internet. She admitted that she’d reacted badly, but contented her action had nothing to do with race or what the child was doing. She was concerned with only the noise.

The internet responded quickly and forcefully. Within days of the incident, Alison Ettel was forced to step down from her position at her company. She’s been receiving death threats and hate mail from enraged internet users.

Has justice been done? Has Allison Ettel “paid for her crimes”?

In the digital sphere, there is no neutral action. Every word, every action elicits judgement. For many of us, our internet presence extends no further than our families and friends. But for the unlucky few who win the internet lottery, misdeeds become fodder for public judgement.

With the Permit Patty incident, as with many of the other online incidents, people respond any number of ways. In this case, there’s been almost universal outrage: “she’s racist”, “she’s anti-business”, “she’s evil”.

Are any of these claims true? Maybe. Maybe not. At the very least, her reaction to the situation was excessive. Still, there’s one response that I’m seeing a lack of—and that is one of proportion and mercy.

These are questions we need to consider when we encounter a situation like this. Yes, she did something wrong. But I’m not convinced the punishment fit the crime.

But assume for a minute that she really does deserve it. In that case, someone might ask: why have mercy on Alison Ettel? This question hearkens back to an underrated debate about the role that mercy should play in society.

We can’t understand mercy without first knowing about justice. Justice has been defined in many ways, but it generally matches up with our idea of fair play. Everyone in the society must “play by the rules”. People must be rewarded for following the rules and punished for breaking them. Socrates called justice the glue that holds society together.

Mercy, on the other hand, is defined by the Oxford Dictionary as “compassion or forgiveness shown toward someone whom it is within one’s power to punish or harm.” By this definition, mercy seems opposed to justice, because showing mercy implies that justice is not done. “After all,” says law professor Heidi M. Hurd, by its nature, “An act of mercy towards one who has done wrong consists of suspending a deserved penalty.”

Here lies the paradox of mercy. People often praise merciful actions. But they also praise just actions. How can they say it’s both good to punish wrongdoing and good to forgive wrongdoing without punishment?

In the face of this paradox, some choose to abandon the idea of mercy altogether. As historian Rodney Stark says, to people in some ancient cultures “mercy was regarded as a character defect and pity as a pathological emotion: because mercy involves providing unearned help or relief, it is contrary to justice.” If we think that mercy is opposed to justice, we can’t defend mercy—any act of mercy undermines justice, the “glue” of our society.

But justice and mercy aren’t opposed. In fact, they go hand in hand. Justice preserves the welfare of everyone in the community. But sometimes we see that just punishments have the opposite effect. Sometimes justice can harm a community more than it benefits it. In cases like these, acts of mercy may be beneficial, even necessary.

For instance, in a famous scene from Les Miserables, Bishop Myriel takes in a man recently released from prison. The ex-convict, Jean Valjean, has no money and no place to stay. The Bishop offers him shelter for the night. However, Jean Valjean is not used to such acts of kindness. He repays the Bishop’s kindness by running off with his silver. The authorities catch Jean Valjean the very next day. They drag him back to the bishop’s house, intent upon forcing a confession from Valjean. When they reach the bishops house, the authorities show the bishop the silver they found in Jean Valjean’s bag.

The bishop knows that if Jean Valjean is convicted for this crime, he will be thrown back into prison, which would not help Jean Valjean, but turn him against justice and society altogether. But the bishop does not allow that to happen. In a surprising turn of events, the bishop claims he had given Jean Valjean the silver and scolds him for not taking his valuable candlesticks as well.

The authorities release Jean Valjean and leave in astonishment. Jean Valjean is left alone with the bishop. “Jean Valjean, my brother,” the bishop says, “You no longer belong to evil, but to good. It is your soul I am buying for you. I withdraw it from dark thoughts and from the spirit of perdition, and I give it to God.”

In this instance, the bishop does not demand what is due to him—the stolen silver and Jean Valjean’s punishment. Instead, he uses an act of mercy to insist that Jean Valjean live a virtuous life.

The bishop provides us with just one example of how withholding justice can lead to a greater good. But now we must look to ourselves. The bishop believed that there was a greater good to be gained from mercy than justice—namely a virtuous life devoted to God. Major world religions like Christianity, Islam, and Judaism are based entirely off the idea of mercy for the sake of greater union with God. They believe that every good thing comes from God’s mercy, and they must imitate God by having mercy on others. America has been a mostly religious nation until recently, and so public ideas of justice and mercy have been shaped by these beliefs.

But our nation is undergoing dramatic changes. Fewer people are religious than ever before. These changes signal a shift in public conceptions of justice and mercy.

With the rising influence of public opinion, public ideas of justice and mercy impact our lives more acutely. Alison Ettel has seen this firsthand.

All judgements are tied to moral standards. What are our standards of public judgement?

And beyond this, how do we treat regular people in our society who lose the internet lottery and find themselves at the center of heated controversy: With justice or mercy?