Why ‘Social Justice Math’ Misses the Point of Learning Math 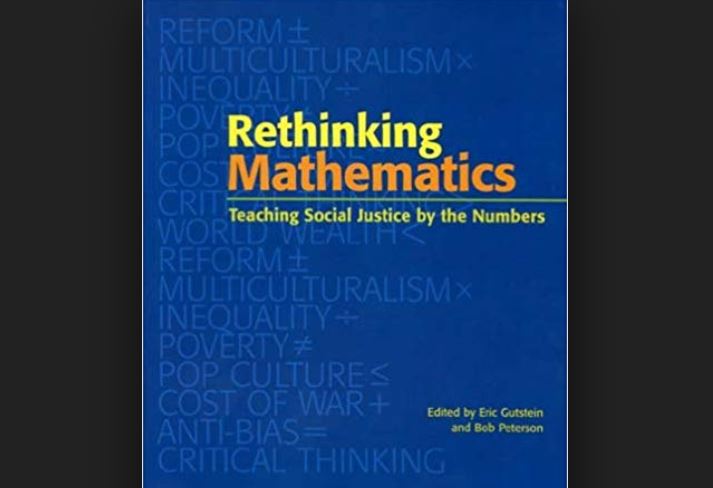 It’s a common occurrence: a math teacher stands at the front of the classroom, struggling to keep the student’s attention. One student is on the phone. Another stares straight ahead into the distance. And the kid in the back row is asleep. Again. However, as the teacher moves to the next topic, one student blurts: “Why do we have to learn this? When are we ever going to use this?”

And there it is. The perennial question: why do we learn math? When I was in high school, teachers responded to this question by pointing out that we need math when we go grocery shopping, when we’re building, and in certain careers. In short, we learn math because it is useful.

“Students can recognize the power of mathematics as an essential analytical tool to understand and potentially change the world, rather than merely regarding math as a collection of disconnected rules to be rotely [sic] memorized and regurgitated.”

Why do we learn math?  Gutstein’s opinion is clear: math is either a useful tool, or it’s merely a “collection of disconnected rules.”

Now, I don’t see anything wrong with applying math to real-life issues on occasion. But as a bit of a math-nerd myself, these teachers’ attitudes towards mathematics worry me. Although math is a useful tool, mathematicians throughout history have considered it to have a much higher purpose.

In Plato’s Republic, Socrates insists that learning math is essential for two reasons.

First, Socrates – like Gutstein—asserts that we should learn math because it is useful.   Math is extremely useful: we apply math to physical bodies to get physics, which when applied to living things is called biology, etc. When applied, it can explain a lot of what we see around us.

Second, Socrates asserts that learning math—pure, unapplied math—forms our minds. It trains us to consider things that we can’t see but always exist without changing. Math doesn’t depend on the physical world. I’ve never seen or heard a “5”; I can only think about 5 (although once I know what “five” means, I can see that I have five pens on my desk and find the number five in other places around me). In short, when we learn math, we’re using our mind alone, not our senses. Socrates calls it a study that “by nature leads to intellection.”

And more importantly, math is always the same. I can change the number of pens on my desk, but I can never change the concept of “5”. This is essential. When we learn math, we use our minds to learn about things which are always true. As Socrates says, math is “for the sake of knowing what is always, and not at all for what is at any time coming into being and passing away.”

When we learn math, we are learning to think—to see the world with our minds and not only our senses. And isn’t this why children go to school in the first place? In this way, then, pure math is utterly useful—just not in the way Mr. Gutstein would have liked to think.

This isn’t to say that teachers shouldn’t teach students how to apply math in the world around us. Math is powerful and extremely useful. But I think that Mr. Gutstein’s book misses the mark when he implies that unless teachers make mathematics conventionally useful, it’s only a “collection of disconnected rules.” He seems to think that until our math classes become conventionally useful, they will be pointless.

His book leads us to ask the question: why do we learn? If we think the only point of education is to equip students to fight for their political party or to get a job, Mr. Gutstein is right: unapplied mathematics is pointless.

But if we believe that there are higher goals to education, we’ve got to change our attitude towards “useless” math. What students learn in school may not be immediately useful to them.