The Dream and the Nightmare of Globalization 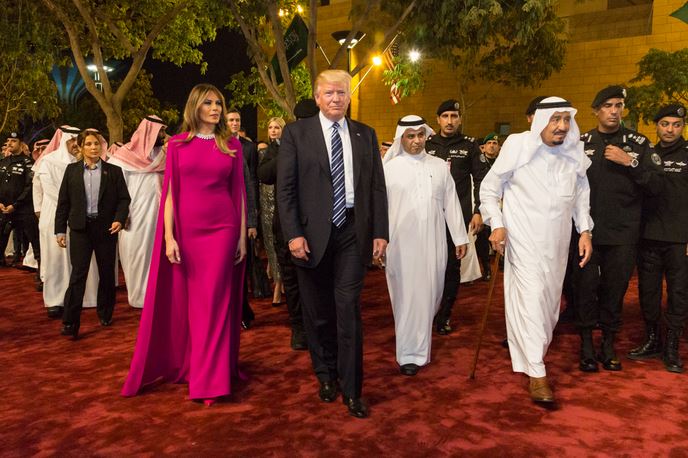 After World War II, only the United States possessed the capital, the military, freedom, and the international good will to arrest the spread of global Stalinism. To save the fragile postwar West, America was soon willing to rebuild and rearm war-torn former democracies. Over seven decades, it intervened in proxy wars against Soviet and Chinese clients, and radical rogue regimes. It accepted asymmetrical and unfavorable trade as the price of leading and saving the West. America became the sole patron for dozens of needy clients—with no time limit on such asymmetry.

Yet what would become the globalized project was predicated on lots of flawed, but unquestioned assumptions:

The great wealth and power of the United States was limitless. It alone could afford to subsidize other nations. Any commercial or military wound was always considered superficial and well worth the cost of protecting the civilized order.

Only by piling up huge surpluses with the United States and avoiding costly defense expenditure through American military subsidies, could the shattered nations of Asia and Europe supposedly regain their security, prosperity and freedom. There was no shelf life on such dependencies.

American popular culture, democracy, and free-market consumer capitalism would spread beyond the West. It created a new world order of sameness and harmony—predicated on the idea that the United States must ensure, at great costs, free trade, free commerce, free travel, and free communications in a new interconnected global world. The more American largess, the more likely places from Shanghai to Lagos would eventually operate on the premises of Salt Lake City or Los Angeles. The world would inevitably reach the end of history as something like Palo Alto, the Upper West Side, or Georgetown.

Open borders would draw into America—and later Europe and the former British Commonwealth—the world’s poor, uneducated, and dispossessed, who would become model citizens and reinforce the global resonance of the West. Although many of the liberal architects of diversity did not welcome political diversity at all, and sought to avoid the ramifications of their ideas in the concrete, nonetheless the borders of the West became and stayed open. An orthodoxy arose that it was racist, xenophobic, or nativist to question illegal, mass, non-diverse, and non-meritocratic immigration into the West. Ideas that mass illegal immigration undercut citizen workers, drove down wages, and negatively affected the citizen poor were derided as cheap bias and ignorance.

The end result of the last seven decades was a far more prosperous world of 7.6 billion than was ever thought imaginable. Stalin’s nightmare collapsed. So did Mao’s—sort of. Radical Islam was checked. The indigent in the Amazon Basin got access to eyeglasses. Amoxicillin made its way into Chad. And Beyoncé could be heard in Montenegro. The impoverished from Oaxaca became eligible for affirmative action the moment they crossed the U.S. border. Europe no longer tore itself apart every 20-50 years.

But soon a number of contradictions in the global order became self-evident. Consumer quasi-capitalism not only did not always lead to democracy and consensual government. Just as often, it enhanced and enriched authoritarianism.

Democracy and referenda became suspect, the moody fickleness of those who did not know what was good for them.

Nations subsidized by the United States often resented their patron. Often out of envy elites embraced anti-Americanism as a secular religion. Sometimes in the case of Europe, America was faulted either for having in the past defeated a European nation or from saving it from defeat.

The global cop, patron, market—call it what you will—was resented as not good because it was not perfect. The world’s loud second greatest wish was to topple U.S. hegemony; its first quiet desire was to ensure that America—and not a Russia, China, or the Middle East—remained the global policeman.

America itself split in two. In reductionist terms, those who did well by running the global show—politicians, bureaucrats of the expanding federal administrative octopus, coastal journalists, the professionals of the high tech, finance, insurance and investment industries, entertainers, universities—all assumed that their first-world skills could not be replicated by aspiring populations in the Third World.

In contrast, those who did things that could be done more cheaply abroad—due to inexpensive labor and an absence of most government safety, environmental, and financial regulation—were replicated and soon made redundant at home: factory workers, manufacturers, miners, small retailers and farmers and anyone else whose job was predicated on muscular labor.

Globalization became a holistic dogma, a religion based on the shared assumptions: man-made global warming required radical changes in the world economy. Racism, sexism and other pathologies were largely the exclusive wages of the West that required material and psychological reparations. Immigration from non-West to West was a global birthright. State socialism was preferable to free-market capitalism. Those whose jobs were outsourced and shipped abroad were themselves deemed culpable, given their naiveté in assuming that building a television set in Ohio or farming 100 acres in Tulare was as valuable as designing an app in Menlo Park or managing a hedge fund in Manhattan.

Crazy things followed from the gospel of Americanized globalism. Language, as it always does in times of upheaval, changed to fit new political orthodoxies. “Free” trade now meant that Beijing could expropriate technology from American businesses in China. Under free trade, dumping was tolerable for China, but a mortal sin for America. Vast trade deficits were redefined as meaningless and the talking points of empty-headed populists. Only America believed in free and fair trade; most everyone else in mercantilism.

“Protectionism” was a pejorative for those who believed that a retaliatory United States might emulate the trade practices of those “free” traders who piled up surpluses. For example, to copy the mercantilism of a China, Germany, or Japan would be castigated as mindless protectionism.

“Nativism” did not refer to the highly restrictive and ethnically chauvinistic immigration policies of a Japan, China, or Mexico, but only to the United States, given that it occasionally pondered recalibrating open borders and requiring legality before entering the country

“Isolationist” was a charge leveled at Americans who thought rich economies like those in Germany could afford to spend two percent of their annual GDP on defense, about half of what Americans routinely did. Not intervening in nihilist civil wars, or assuming that NATO nations needed to keep their promises, was the proof of the isolationist mind.

The winners of globalization—the universities, financial powerhouses, the federal government, big tech, and the marquee media and entertainment outlets—were mostly located on the two coasts. Their dogmas became institutionalized as the gospel of higher education, the evening news, the Internet and social media.

Unfortunately, globalization otherwise did not deliver as promised. Half of the United States and Europe did not enjoy the advantages of the universal project. They found the disappearance of a good job not worth the upside of using Facebook or downloading videos. It was hard to see how someone in rural Pennsylvania or in West Virginia benefitted by knowing the most of the world’s Internet technologies were now American. It was nice having Amazon deliver goods to the front door, but one still had to have the money to pay for them. The logic of bombing Libya or fighting a 17-year-old civil war in Afghanistan was a hard sell.

The credentialed and expert had allowed North Korea to point ballistic missiles at the United States. The best and brightest forged a deal with Iran that would ensure it too would become nuclear—and then jawboned banks to violate U.S. law to allow Iran to convert its once embargoed currency into Western money.

Most of the globalized commandments turned out to be empty. A trade-cheating ascendant China did not become democratic in its affluence. Iran still hated the Great Satan, the more so, the more concessions were given to it. The Palestinian question is no more central to the Middle East peace than the Middle East is central to world peace. There is no such thing as “peak oil” for the foreseeable future.

Jeans, t-shirts, and cool did not mean that the lifestyles and mindsets of a Mark Zuckerberg or Jeff Bezos were any different from their kindred spirits of the past—J. P. Morgan, John D. Rockefeller, or Jay Gould. What we call globalization our ancestors called monopolies, trusts, and disdain for national sovereignty.

The entire alphabet soup of Western-inspired globalization—the EU, the United Nations, the World Bank, the WTO—did not quite end up as anticipated. Their shared creed is not the fulfillment of their originally envisioned missions, but to protect an international cadre who run them, and to ensure that any who question their missions are branded as heretics.

In sum, globalization rested on a few cynical laws: those who drafted globalized rules for others had the resources to navigate around them. Talking about abstract cosmic challenges—world peace, cooling the planet, lowering the seas—were mere ways to square the circle of being unable to solve concrete problems from war to poverty. The world’s middle classes lacked the romance of the poor and the tastes of the elites and thus were usually in the crosshairs of any global initiative. Loud progressivism was a good cloak to hide quietly cashing in. Most wished to live in a Western or Westernized country; those who could not, hated both. Degrees and credentials were substitutes for classical and traditional wisdom and knowledge.

But the nexus of expertise—marquee journalists and pundits, academics, five-term politicians—really had few answers for current chaos. They were stunned that their polls were wrong in 2016, that their expertise was unwanted in 2017, and their venom was ignored in 2018—and the world all the while could go on better than before.

This article republished with permission from American Greatness.