Cruelty on the Border; Cruelty North of the Border 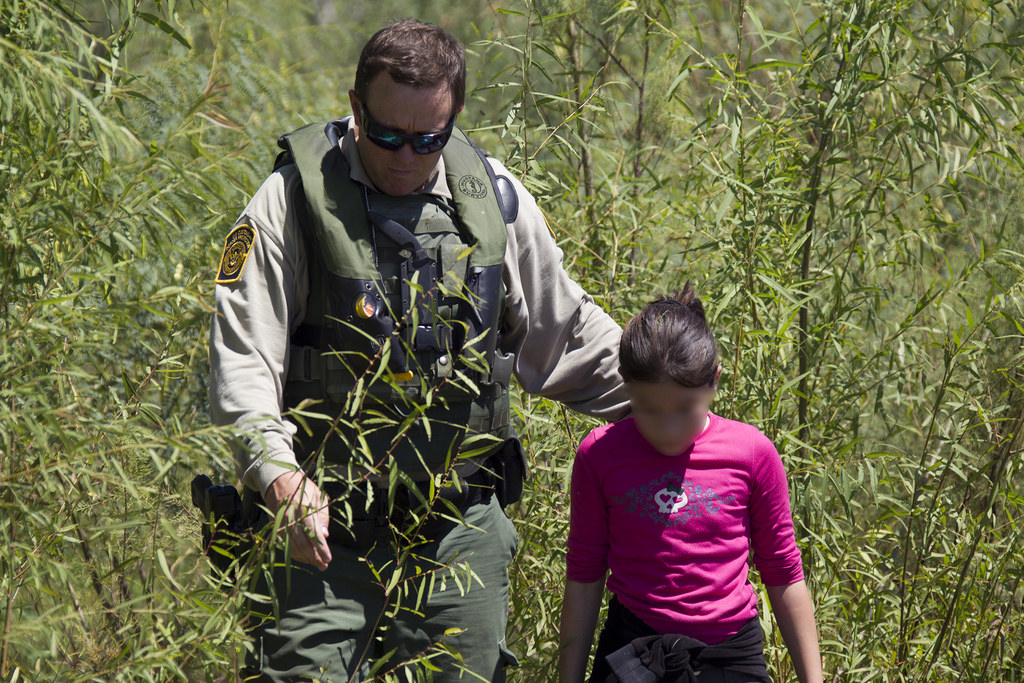 Faced with a surge of illegal immigrants and asylum seekers on the Mexican border, the Trump Administration has implemented a controversial zero-tolerance policy. One effect of this is to separate parents from their children. The parents are referred for criminal prosecution and sent to a federal jail. The children, who are not allowed to accompany them, are deemed “unaccompanied minors” and sent to government custody or foster care.

This development in America’s bitter controversy over south-of-the-border immigration is documented in figures from the Department of Homeland Security. Between October 1, 2017 and May 31, at least 2,700 children have been separated from their parents. In the final six weeks 1,995 minors were separated from 1,940 adults.

This means that every day, in this recent burst of energy by US officials, an average of 46 children are being separated from their parents.

As you would expect, the consequences of this policy can be dreadful. There are lurid and unverified reports of a baby being torn from the arms of its breast-feeding mother, of a Honduran man who committed suicide, of parents deported without their children, and children deported without their parents. The ACLU has filed a lawsuit on behalf of two women who were separated from their children for months.

Predictably the policy has provoked outrage. (Click here for a thoughtful partial defence of Trump’s policy.) “The use of immigration detention and family separation as a deterrent runs counter to human rights standards and principles,” said a spokeswoman for the UN High Commissioner for Refugees. “The child’s best interest should always come first.”

Even the President’s First Lady, Melania Trump, voiced a timid protest. “Mrs. Trump hates to see children separated from their families and hopes both sides of the aisle can finally come together to achieve successful immigration reform,” her spokeswoman said. “She believes we need to be a country that follows all laws, but also a country that governs with heart.”

Perhaps the most stinging criticism comes from former First Lady Laura Bush who published an op-ed in the Washington Post.

I live in a border state. I appreciate the need to enforce and protect our international boundaries, but this zero-tolerance policy is cruel. It is immoral. And it breaks my heart.

Americans pride ourselves on being a moral nation, on being the nation that sends humanitarian relief to places devastated by natural disasters or famine or war … We pride ourselves on acceptance. If we are truly that country, then it is our obligation to reunite these detained children with their parents — and to stop separating parents and children in the first place.

People on all sides agree that our immigration system isn’t working, but the injustice of zero tolerance is not the answer.

Which proves that Americans have a heart. They recognize that tearing families apart is cruel, wicked even. Children belong with their parents, no matter how disadvantaged the parents may be. The loving arms of a mum and dad offer the best chance for them to thrive. Apart from their parents, a dark cloud of uncertainty hangs over their future.

If they could only apply this common sense to the dreadful statistics about their own families.

In recent weeks, an average of 46 children a day are being split from their parents at the Mexican border and placed in some form of foster care, either in a government institution or with a family.

Compare this to the average for children entering foster care in the United States every day – 747 of them in 2016. There were 273,539 of these kids – a staggering figure.

Compare this to the number of children who currently have at least one parent – nearly all fathers– in a federal or state prison – 1,700,000 of them.

Compare this to the number of children who experience the divorce of their parents every year – 1,000,000 of them. That’s 2,739 children separated from at least one parent every day – about 60 times as many as the illegal immigrants on the Mexican border.

Why don’t these figures appear on the front page of the New York Times? Why aren’t they part of a searing expose on CNN? The problem is that Americans have become used to the appalling way that so many children are being treated in their own country. It’s just part of the cultural wallpaper.

By no means is this meant to minimize the cruelty of the effects of the Trump Administration’s zero-tolerance policy. But if American hearts are wrung by the anguish of these families from south of the Rio Grande, why aren’t they seeking effective policies to slash the number of disintegrating families in their own society?

This article republished with permission from mercatornet.com