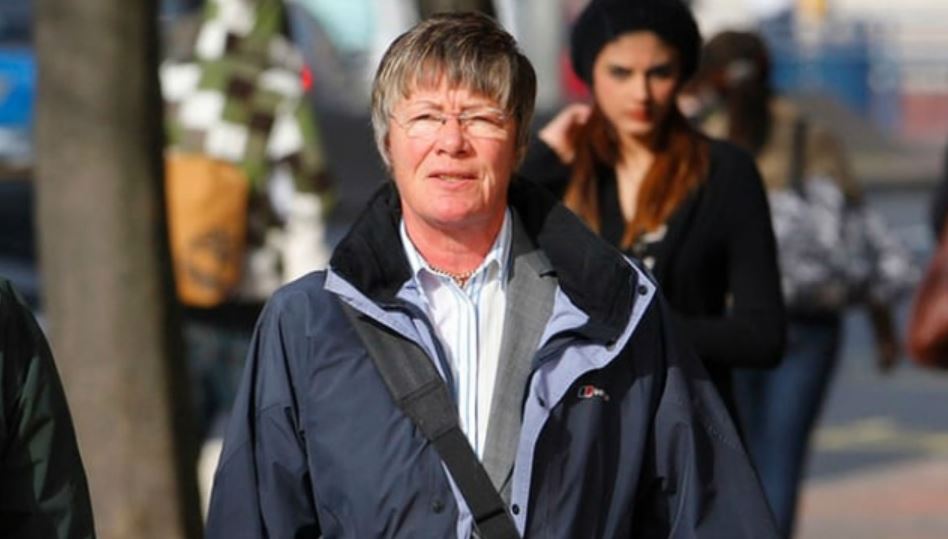 What do you think? Am I naïve, or what? When I hear that without a good medical reason the life of a hospital patient “was shortened”, it sounds an awful lot like murder. Even if we downgrade it to “unlawful killing”, even if it happened once, unlawful killing is a crime that shouldn’t ever happen in a state-of-the-art health service in a civilised country, right? Are we all on the same page on this?

If so, what about the documented deaths of 456 patients, perhaps 650 to take into account missing medical records?

This is not a hypothetical. It is the conclusion of a four-year-long inquiry into deaths at Gosport War Memorial Hospital, a community hospital about two hours south of London. The inquiry chair was the former Anglican bishop of Liverpool, the Rev James Jones.

… disregard for human life and a culture of shortening the lives of a large number of patients by prescribing and administering “dangerous doses” of a hazardous combination of medication not clinically indicated or justified.

The numbers of dead patients were so great that the police were baffled about how to proceed. Establishing intent to kill would have been too onerous, so they suggested at one point that justice be done by referring to health and safety legislation.

One doctor is at the centre of the allegations in the report, a family physician named Mary Barton. But the horrifying conclusions drawn by the investigators is that the whole system was complicit in the mounting death toll, not just her. Dr Barton prescribed the drugs, but nurses administered them, pharmacists supplied them, specialists defended her, police shielded the hospital from complaints. There were complaints and whistle-blowers but they were ignored. The report states that “a striking feature of the documents [which they examined] is that no one attempted even to challenge these behaviours.”

Complaints from families were dismissed. The report does not hesitate to call it “obfuscation”: “Over the many years during which the families have sought answers to their legitimate questions and concerns, they have been repeatedly frustrated by senior figures.”

The report has been handed over to the police, so there will be further revelations. This is what is known so far.

From 1988 Dr Mary Barton worked part-time at Gosport War Memorial Hospital as a “clinical assistant” – a doctor who oversaw care of patients in rehabilitation and geriatric wards. Her customary way of dealing with patients was to put them on powerful, potentially lethal, opioids soon after admission instead of proceeding up an inclined plane as their pain grew worse.

A practice of “anticipated prescribing” grew, whereby nurses could use their discretion to administer the opioids. Dr Barton often wrote in her notes, “I am happy for nursing staff to confirm death” And this “often” happened when patients had been admitted with a plan to leave the hospital in their families’ care after treatment. They did leave the hospital, feet first.

This is the horrifying testimonial by nursing aide Pauline Spilka in 2001 – which the report described as incontrovertible. She recalled one 80-year-old patient with stomach cancer, a former footballer, who was “difficult” – a complainer who failed to follow nurses’ instructions and was a non-stop talker. In conversation with another aide, they agreed “if he wasn’t careful he would ‘talk himself onto a syringe driver’.” And lo and behold thus it came to pass. One day the stroppy old blighter was his normal cranky self; the next day he was on a syringe driver trickling opioids into his body, unconscious, and on his way to The Great FA Cup in the Sky. When Ms Spilka complained to the nurse in charge, he accused her of “Failing to come to terms with death”.

This pattern of events was not exceptional: it happened 456, possibly 650, times.

When opioids were prescribed without appropriate clinical justification, the doctor certifying death had a problem: what should she write on the death certificate of a patient who was effectively given an overdose? Easy – “bronchopneumonia”. Easy – everyone knows that lots of old people die of chest infections. As a consequence, the number of patients who died of bronchopneumonia rose from less than 10 in 1992 to more than 90 in 1994.

So what has happened to the doctor at the centre of the scandal, Dr Barton?

Now 60, she was still working as a doctor, having survived three police inquiries, until this week, when she handed in her resignation. In 2010 the UK’s General Medical Council found her guilty of “serious professional misconduct”, but did not strike her off the register. Instead she was allowed to continue practicing with conditions. Dr Barton even told the GMC that “if put in the same situation again she would behave in the same way.”

What are we to make of this ghastly scandal?

I know that it’s rude, that it’s not exact, that it’s unduly provocative, but I cannot help thinking of the word “Nazi” in relation to the behaviour of the healthcare staff at Gosport War Memorial Hospital. Yes, Nazi killing of “useless eaters” was enforced by government writ and no official of the British government ever visited Gosport with instructions to reduce the number of the elderly and dying.

But the attitude was the same in three respects. In both there was a wilful “disregard for human life”; in both the main participants refused to accept responsibility; and in both the number of deaths defies belief. In fact, Dr Barton said that none of the consultant specialists had ever expressed concern about her working practices. Perhaps there’s a book to be written about it modelled on Hitler’s Willing Executioners – “The Willing Executioners of the National Health Service”.

And all this has happened in a country which is seriously debating the merits of assisted suicide. An incompetent doctor shortened the lives of 650 patients without asking their consent or the consent of their relatives. And what happened as news of this came to light? Nothing much. It took the government about 20 years to issue a fair and balanced report. And still no one has been charged with a crime.

The deaths at Gosport War Memorial Hospital are even more frightening than the murders perpetrated by Dr Harold Shipman, a general practitioner in the English Midlands who may have killed as many as 250 of his patients. He was convicted in 2000 and hanged himself in jail in 2004.

In Shipman’s case, a single rogue doctor killed the patients; at Gosport, the system killed the patients. When he was finally exposed, Shipman had no one to protect him. When the hospital’s disregard for human life was exposed, a forest of obstacles sprang up which shielded everyone from blame.

At the moment, shortening the life of a patient is a crime. What can the British expect if it becomes not a crime, but a commendable act of mercy? After all, Dr Barton often urged nurses “Please make comfortable… I am happy for my staff to confirm death.” What better description could there be of voluntary assisted suicide?

Apart, of course, from the “voluntary” bit.

Michael Cook is editor of MercatorNet. The MercatorNet article was republished with permission.