3 Takeaways on Jordan B. Peterson After Watching Him Speak on Tour 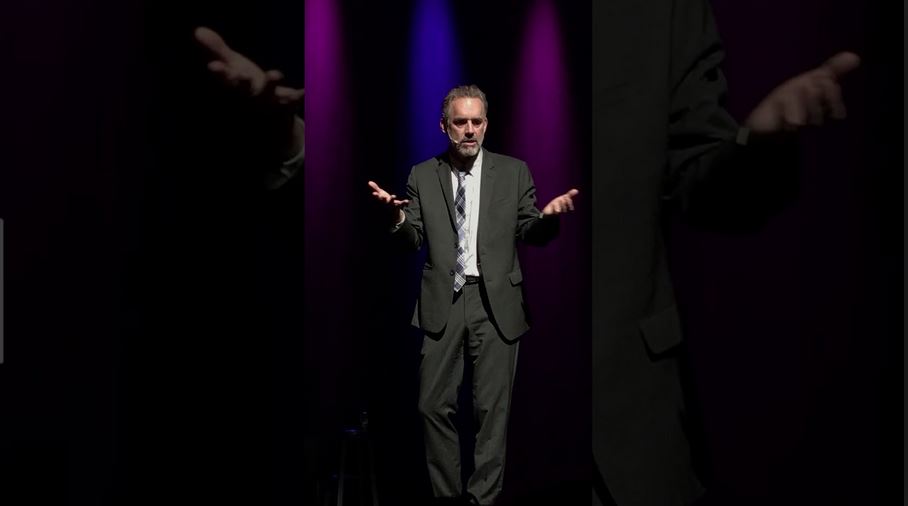 I’ve known about Canadian psychologist Jordan Peterson for a while and have watched a few of his Youtube lectures out of curiosity. But I hadn’t given him much thought until I recently found myself in a position I never thought I’d be in as a female college-student: sitting in the sold-out State Theater in Minneapolis among a crowd of some 2,000 people (mostly young white men) who had come to see Peterson speak.

I came away from the lecture with a lot to think about. Here are three things that stuck with me after listening to the best-selling author of 12 Rules for Life: An Antidote to Chaos:

1. He’s Not a Partisan Person

First, Peterson is not partisan.  True, he has been pegged as a man of the Right by the media because of his conviction that hierarchies are natural to the various sectors of human society.  But the arguments I heard were a lot more nuanced than that.

The Right tends to say that human society falls into a natural hierarchy, and that this is a good thing. Peterson says that there is some truth in this: when looking for a plumber, don’t we want a plumber who will do his job well instead of a plumber who will show up late and make the problem worse? Don’t we prefer the successful neurosurgeon to the one with spotty success rates?

On the flip side, though, as Mr. Peterson pointed out, a hierarchy can turn into a “tyranny,” in which a few reap the benefits while the many pay the costs. In addition, the lowest members of any hierarchy can be left in the dust as society moves forward. Advocating for a flexible hierarchy and supporting those left behind, Mr. Peterson says, is good and stereotypical of the ideological Left.

I found his next argument refreshing: He emphasized that cooperation between the right and left is essential for forming a well-balanced society that promotes both healthy competition and a concern for people’s well-being. In a country that is increasingly divided into enemy camps, it was encouraging to hear someone affirm the specific virtues of both parties and encourage them to work together to work for the common good.

2. Peterson is Cool Under Pressure

At the beginning of the lecture, the M.C. announced a no-tolerance policy for heckling. I didn’t think it likely that the theatre management would have to enforce that policy.  But an incident halfway through the lecture revealed Peterson’s composure and his influence over his audience.

Mr. Peterson was in the middle of talking about the power that one dissenting voice could have in society when someone from the front middle stood up and began shouting insults at Mr. Peterson.

I couldn’t hear much of what the protester said (besides a string of curse words) because the crowd’s booing drowned him out. The theater staff was quick to escort the man out (yelling all the way out the door). The crowd was worked up by the interruption. The situation could have easily escalated, except that Mr. Peterson told the crowd to quiet down multiple times until they were silent. He told listeners to not pay any attention to the heckler. They listened to him, and they quieted down quite quickly.

What’s the takeaway? Peterson is civil, calm, and rational, and this manner helps him influence those around him.

3. He Believes in Personal Responsibility and Empowerment

The big message of his lecture is the importance of responsibility. We live in a world full of suffering—sickness, death, betrayal, etc. But we have a lot of power in this world to make things better or worse.

That is why personal responsibility is so important. Suffering is a part of life. But it is not that we suffer, but what we do with the suffering that makes a difference. By taking on responsibility—first for our own well-being, and then in part the well-being of others around us—we become stronger through our suffering.

Mr. Peterson left us with an open question. I don’t think he saw an easy answer to it—instead, I think he meant for everyone to answer with their own lives: It’s clear that we suffer, and that we have the power as individuals to make things better or worse. We’ve seen how we can make things worse. But when we take responsibility, when we face the burdens that life throws at us, what happens then? Perhaps the important question is this: Just how much power do we have to do good?

Jordan Peterson seemed quite optimistic, and for all the controversy surrounding his views, I think he may have passed the same optimism on to me. We’ve seen how bad we can make things; now let’s look at the world from a new angle.

If we all take care of ourselves and the people around us, just how good can we make things?